Bandai Namco released a new trailer for their upcoming game, Jump Force. One of the most recently revealed characters, Yugi Muto, was showcased in this trailer. Some of Yugi’s powers and abilities were also put on show.

Yugi’s abilities include iconic Yu-Gi-Oh cards such as Dark Magician, Dark Magician Girl and the almighty Slifer the Sky Dragon. Possibly being the most unassuming Jump Force fighter, Yugi becomes a force to be reckoned with when he summons his iconic Duel Monster cards into battle. It was revealed that Yugi will be able to directly summon cards into battle, or use spell and trap cards.

Also revealed was the Golden Gate Bridge stage. Players can expect to battle on top of the San Francisco Bay landmark. This stage has been transformed by the addition of the Valley of the End’s statues from the Naruto universe.

More characters recently revealed were Kirua and Kurapika from Hunter X Hunter, as well as Yusuke and Toguro from the fan favorite classic manga Yu Yu Hakusho. There were also 4 brand new and original characters designed by the creator of Dragon Ball, Akira Toriyama. 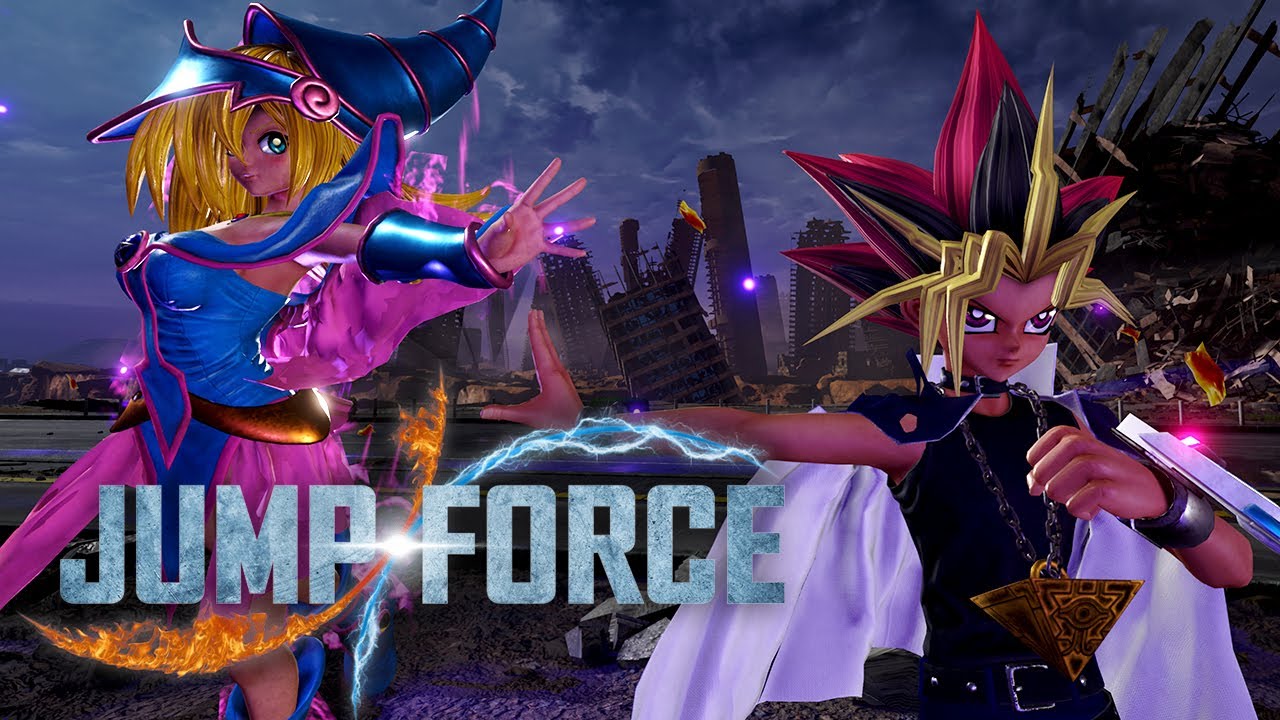 Jump Force will release in February 2019 on Xbox One, PS4 and PC. For more information on the game, visit the official Bandi Namco website, as well as the company’s Twitter page.