The Backward Compatible games list is rapidly growing and bringing back many of our past loves and favorites from the Original Xbox and Xbox 360 days.  The current list of games is full of variety and fun. Take a look and you won’t be disappointed. In the backward compatibility games list, there is always something for everyone!

Since the release of Xbox One Backward Compatibility with the New Xbox One Experience it has been one of the most popular features included in the update. Xbox fans have been enjoying the opportunity to play some of their favorite Xbox 360 titles on their Xbox One, with more titles being added regularly to the list of available games.

For a better understanding of how the Xbox One Backward Compatibility program works and how titles are released, listen to this podcast for additional details.

For more details about the graphics setting that enables switching between enhanced or original graphics on Xbox 360 titles enhanced for Xbox One X, click here. 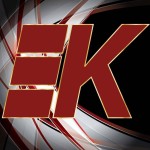