I’m not a Warhammer fan if I’m honest, I’ve never played with the figures in games workshop and I’ve no clue about the vast lore from the Warhammer universe. But I do enjoy blasting multiple enemies into little piles of ash and goo.

So when we got the chance to review Warhammer 40k: Inquisitor – Martyr I jumped at the chance. Becoming judge, jury and executioner in a rather vast universe somehow appealed to my darker side, even though I’m supposed to be bringing glory to the empire in a more ‘holy’ way.

In Martyr, killing is the way you sort most problems, as long as your gear is up to the job and you’re destroying any and all foul abominations that get in your way.

It is the 41st Millennium. For more than a hundred centuries the Emperor of Mankind has sat immobile on the Golden Throne of Earth. He is the master of mankind by the will of the gods and master of a million worlds by the might of His inexhaustible armies. He is a rotting carcass writhing invisibly with power from the Dark Age of Technology. He is the Carrion Lord of the vast Imperium of Man for whom a thousand souls are sacrificed every day so that He may never truly die.

Martyr is a top-down RPG developed by NeocoreGames and Bigben Interactive. Set in the 41st millennium, you are an Inquisitor, one of the highest ranking members of the Imperial Inquisition. It’s a role that’s pretty straightforward – find and destroy anyone or anything that opposes the god-emperors rule.

An ancient and supposed destroyed ship known has the Martyr has reappeared. You have been sent in on a simple investigation mission to discover what’s going on. However, things aren’t quite as easy as they first appear.

You start off at the character select screen, allowing you to choose between 3 classes. Each class/option changes the dynamics of the game as each character has a totally different playstyle. You will need to decide early on just how you want to play.

The Psyker class is a spellcaster class who utilises multiple spells to destroy his enemies. It does have a rather neat cooldown, rather than forcing you to stop casting spells due to some sort of max limit, the more you use your powers the more anomalies or even demons will appear. These anomalies won’t just hurt the enemy, but they actively get you as well, meaning that you need to decide when is a good time to hold off on firing a spell.

The Assassin class is, as it sounds, a stealth class. Utilising things like blades and a stealth bodysuit that renders you virtually invisible for a set time. It specialises in hit and run techniques, killing a single target before moving on to the next. It gives a great feeling of power when the enemy numbers are limited. later through the game, however, the large numbers of enemies mean your techniques are more used for evasion and health regen rather than attack. Assassins have to utilise the adrenaline resource for their armour and dodging skills.

The final class, and what was, in my opinion, the more fun to play, is the Crusader. The generic Tank class. You want to get up in the face of multiple enemies or melee attack the biggest bloke on screen? Then the Crusader is the class for you. The downside to the crusader is they have to spend focus points to be able to use power armour skills.

All the classes have their own unique armour and weapon types, with each one suited to certain scenarios or your own play style. The biggest let down in Martyr is that over time you tend to end up using the simple ‘shooty shooty’ techniques rather than any of the characters specific abilities. Because of the that the tank class felt the most balanced when it came to out and out battles – isn’t that what Warhammer’s all about?

Psyker and Assassin required the use of the games cover system a little too much to make them enjoyable. The cover system allows you to reduce the amount of damage taken by hiding yourself behind destroyable items scattered around the levels. Its simple enough to activate, when prompted you press LB and your character gets into cover.

Early on the cover is a nice touch and one that really helps the Assassin and Psyker classes. Get halfway through the game though, and the sheer number of enemies made the cover system a little redundant. Either it would be destroyed too quickly or the enemy would simply circumnavigate it and walk around to an angle where they could shoot you direct. The weaker – non-bullet absorbing armour of these two classes made it infuriatingly difficult. I felt I spent more time running back and dodging than I did attacking.

The tank class was obviously the total opposite. The armours defensive abilities made blasting your way through the level enjoyable and the few times you had to duck into cover were minimal compared to the previous classes. The Crusaders heavy weaponry has a nice feel to it when it’s blasting away multiple enemies. Sometimes it can feel a little overpowered, but if you really want to get the feel for the 40k universe the crusader class is the perfect god like tank class, blasting away everything in its path with ease.

The game isn’t perfect by all means, however, the things mentioned above aren’t game changers. They’re more of an annoyance, especially if you like playing a certain way.

One of the biggest issues found whilst playing was the inventory screens. Unless you want to read through a lot of text in the tutorial section, getting to grips with these screens was a bit hit and miss. The standard level ups screens are easy to understand but your inventory items are not.

There were many instances when I had to use gear with lower stats just to increase my crusaders level. Imagine a Destiny type option system you need a light level to get into a certain area so you equip your best gear. In Martyr, there were too many times when I had to remove an item that had better-hit point stats for a piece of equipment that had a higher level. It’s a small gripe but one that can cause a few issues in later levels.

Playing through the game you quickly notice just how vast it is. Once you’ve passed the first few story missions you will get access to the Star Map. This is where the game really opens up, you can head to one of the star systems, then to an area within it and choose one of the available missions to try out. Each mission will have a coloured number associated with it. This shows the difficulty of the level – green means you’re appropriate for the level and red means it’ll be a challenge. If the colour and level number are way higher than your level, it’ll be impossible to complete at that time.

Martyr has an inbuilt level design system, meaning you won’t see the same map twice. Each level is randomly generated using prefabricated segments put together like giant puzzle pieces, each provided with different objectives. This helps to keep the replayability of the game relatively high, but not great.

The reason the replayability appeal isn’t higher is largely down to the game mechanics, enemy AI, etc don’t change and because of that, it all gets a little too repetitive. Each level you are doing the same thing – clear the enemies, activate this and that, collect the loot and leave, begin again on the next mission. There is the inclusion of various mission types to try and alleviate this issue, but even they are the same basic mechanics over and over

Single player, online multiplayer and even local co-op have all been included in the game and the developers have stated they will be including ‘seasons’. These will introduce new, fresh content at set intervals:

These will introduce new enemy types – new races, new factions, new conflicts, new investigations, mini-campaigns that fill out the background of the season. Seasons will run for a certain length and then they will be resolved, depending on how the Inquisitors of the Caligari Conclave decide on certain matters. These community decisions will leave their mark on the sector 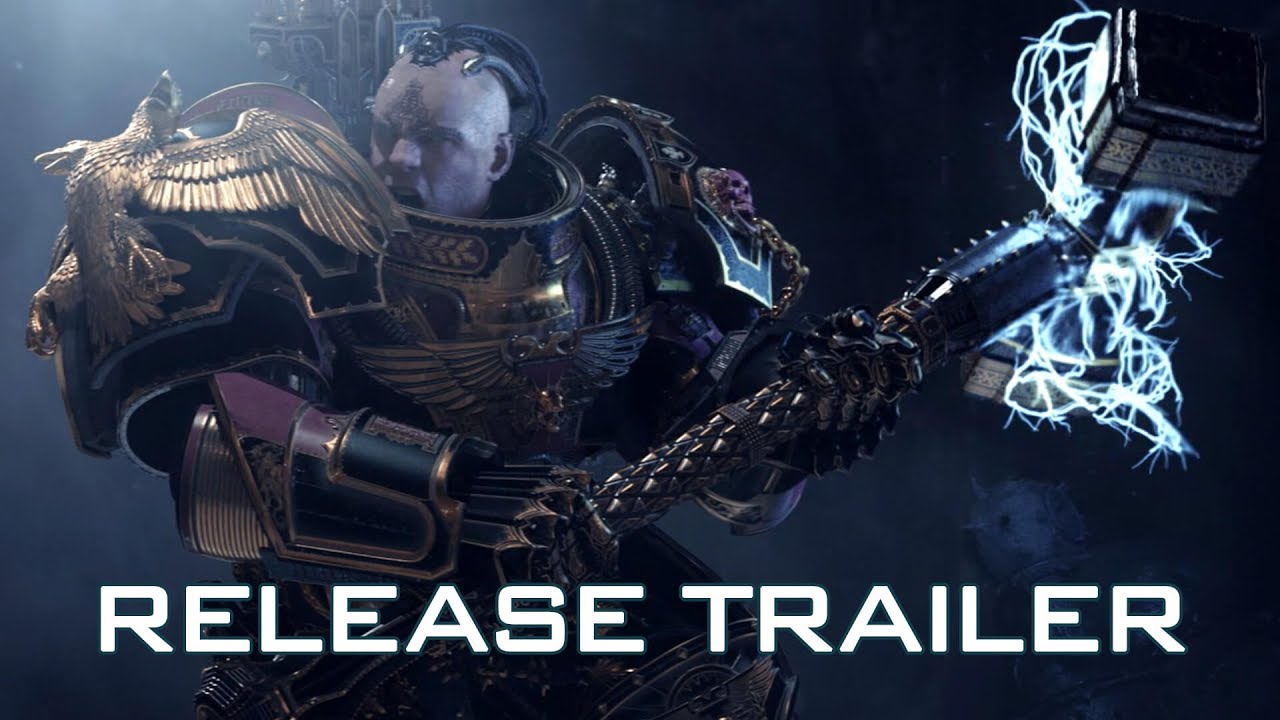 Warhammer 40k: Inquisitor – Martyr is available now for from the Microsoft store priced at £52.99. While there is a fair amount of content and a certain degree of replayability the price tag is still a bit steep. If you’re a hardcore Warhammer fan than it may be worth grabbing the game now. If you’re more of a casual fan though who’s only really interested in the video games then maybe wait for a price drop or sale to come around before buying it.

If you’re a big Warhammer fan then this is another game you will need in your collection. For everyone else, Martyr is a decent top-down RPG. It’s bringing nothing new to the table and it’s still got a few flaws here and there from a game point of view. But it’s still a good game to while away a few hours here and there.