Verdun, the first person shooter based on World War 1 received rave reviews when it was released back in late April 2015, so it seemed obvious to bring a bit of history to consoles as well. On March 8th, Verdun found its way to Xbox One after notching up nearly 2 years on PC.

A multiplayer focused game, Verdun is set in the Great War, and gives you a choice of factions to be a member of. Factions come from different countries that played a part in WWI, Belgians, Germans, French, British and American, while each also have different weapon sets respective of their nationality. Each also have different roles within the faction, Corporal, Sniper, Rifleman, Scout and Gunner to name a few. Each role has a different weapon set, for example, the Tommies Rifleman from Britain has the ‘Lee Enfield Mark III’, compared to the Belgian Schildwacht, who uses a ‘Mauser Model 1889’. Each class has three tiers – a starting tier and tiers 2 and 3, costing career points to unlock in order – each unlocking different weapons for that class. The weapon customisation is basic, you only have one load out depending on which role you play as.

The historical element is played very well, with loading screens providing information about World War I. The facts are rather interesting, especially as I dropped History at school at the first given opportunity. Maps are reminiscent of the years of the Great War, with trenches set in Champagne, Flanders, Artois and Argonne.

There are four game modes in Verdun. Frontlines, which is described as ‘Squad Based Trench Warfare’, Rifle Deathmatch is described as a ‘Free For All Slaughter’, Attrition is a ‘Full Arsenal Team Deathmatch’ while Squad Defence is your bog-standard Zombies-esque ‘Co-Operative Wave Defence’.

The graphics aren’t anything amazing, and the controls feel very clunky. Naturally, if the controls feel clunky, you adjust the settings. There is no option for sensitivity, which massively limited the enjoyment of the game. The game feels very historically concentrated, M2H and Blackmill Games have done a great job on the research, however as a console game this feels very restrained.

The servers are, disappointingly, rather shocking. Alright, its still very early days, there could well be server improvements and patches soon, but trying to join a game with my friends became a chore. Connection issues, failure to start a session and to join a session, glitched lobby member lists, the list goes on. To join friends you choose from a list of squads, a list comprised of every single squad on the game at that point in time. An interesting idea which allows you to join anyone’s squad on any map, but finding the one your friends are in is a pain. Once you open up the squad, you choose the role you want to play as, however when selecting one, it wouldn’t let me join as it glitched from when I tried to join around 5 minutes before. There seems to be an online levelling system, however I wasn’t able to try it out due to server issues.

The only game mode I was able to try was Squad Defence, purely because it didn’t require online play. Enemies breached my trench and started running backwards in my direction. A very short warning of an artillery strike ended the trench defence rather prematurely, and I had no idea where to hide.

Verdun received rave reviews on Steam, reaching a 9/10 star rating, while Metacritic rated the PS4 version a rather disappointing 55/100. Seeing the brilliant score on Steam was rather exciting about the game, however sadly, it seems as though the console trend carries on. 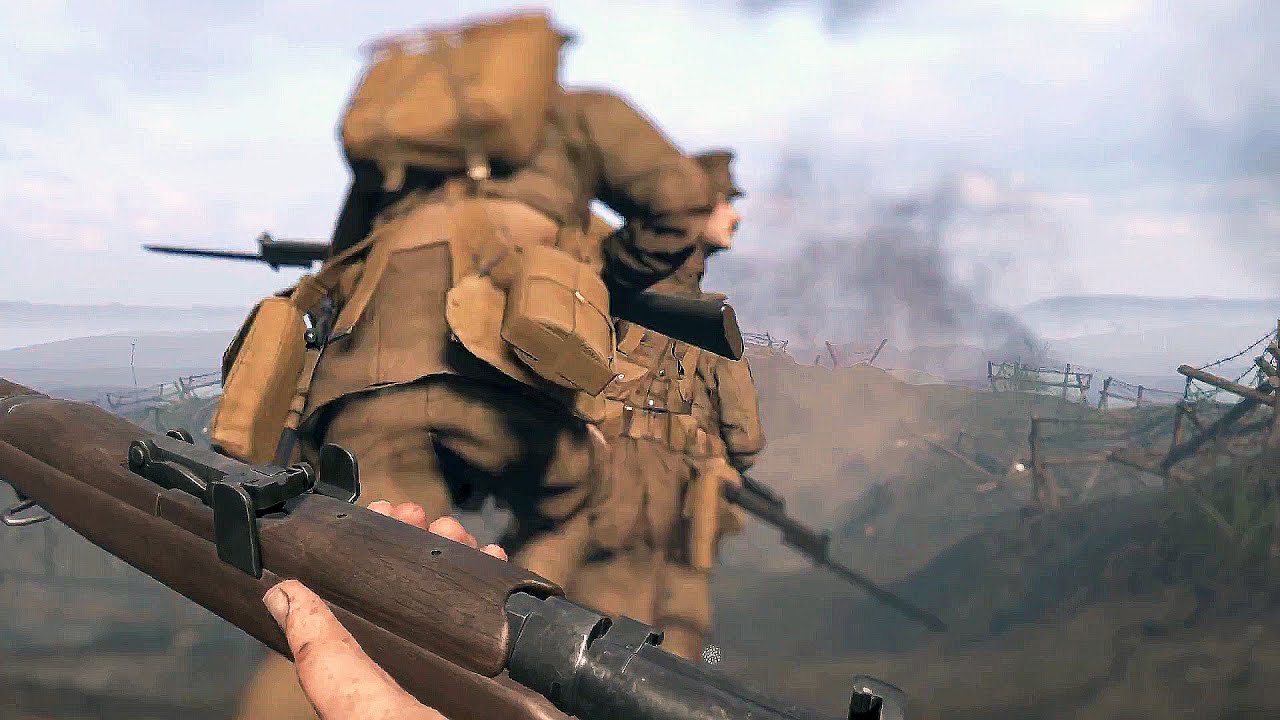 On the whole, the idea behind the game is good, however I feel the game itself was rushed and could’ve been a lot better. Very few settings limit the quality, with controls feeling a little bit clunky. Customisation is very short-lived, with some classes only having one primary weapon to choose from. The research side of the game is great, however it seems as though the game was too research focused and not enough time was spent on the game itself.