What can we say about Valfaris? a metal slug-Esq game with a full metal soundtrack…Oh yes!! Possible one of the best games we played at this years EGX. Simple controls and a killer soundtrack made it a joy to behold. Valfaris takes you back to the classic days of 8/16 bit gaming, but with a slightly modern vibe to it. The pixel art graphics have been re-imagined just enough that they scream old school at you. But take a closer look and you will see the characters and enemies are much more 3 dimensional.

The game’s gunplay feels somewhat overpowering, and that’s how it should be! Especially when you’ve upgraded your loadout. Don’t think that means its an easy game, it most certainly isn’t. The game makes you feel like a sheer badass when you put that together with the awesome metal soundtrack and you’re onto a winner of a run and gun game. 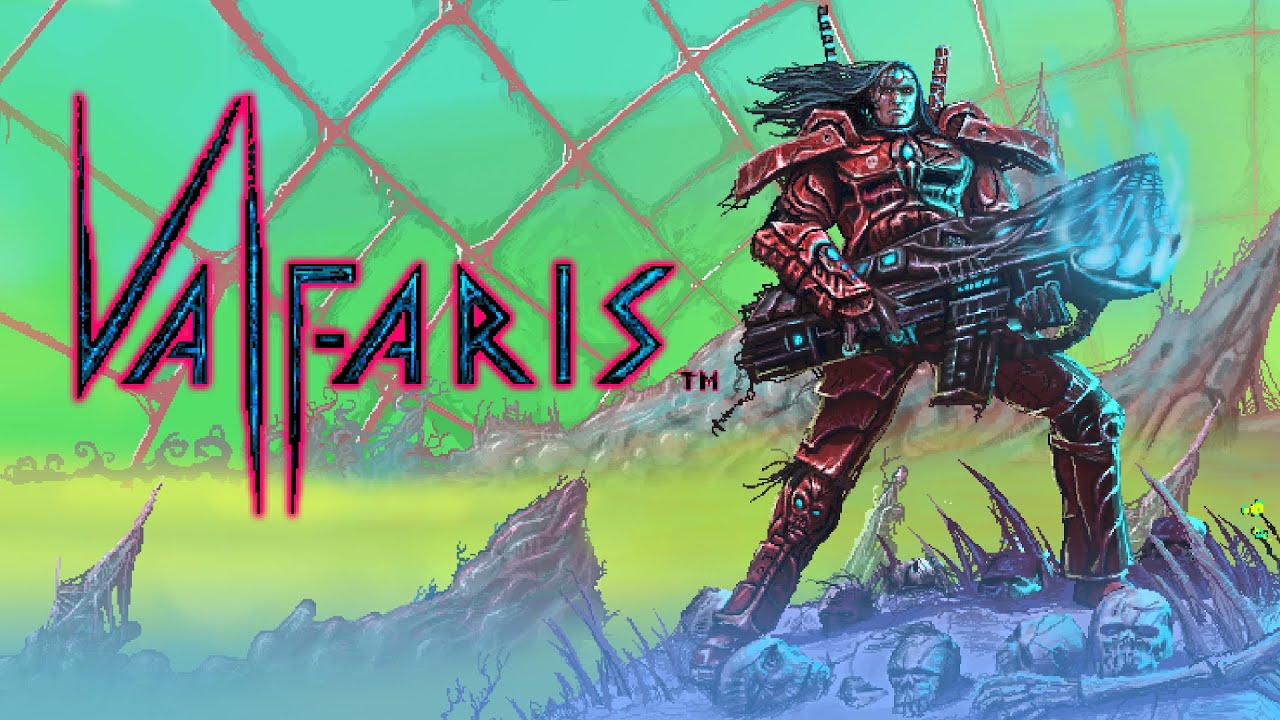 Can you tell us a bit about your team?

How long has Valfaris been in Development?

Its been in development for around 2 years now

What inspired the art direction for Valfaris?

What was the most challenging aspect while developing it?

Probably the overall look of the game, we wanted it to have its own identity. Not just be another 8 bit game. The details that have been put into how the game looks are easily overlooked. Just look at the character image, for example, he was painstakingly designed to look old school but be more 3d and modern at the same time.

With the success and warm reception of your previous title Slain, How do you think you have used the experiences learned from that games development to aid in the development of Valfaris?

We have used everything we learned to make this game better. From the coding right through to how it sounds. We learned a lot of what not to do’s whilst making Slain, and this time around were more levelled when it comes to our production.

What made you go towards the heavy metal saga type game?

It was the designers overall vision. The best way to describe him is he is metal. so when this game came around that’s what we went with.

As a small studio, do you think it gives you a better range for creativity and innovation than you would be able to achieve at a AAA studio?

Definitely, we have a lot more freedom to create and try things out. Plus with the smaller teams, it feels less pressured. We can bounce ideas off of each other much easier like this.

Is there any plans to bring Valfarir to console, especially to the Switch as it seems a perfect console for this type of gameplay?

Yes, we are hopefully going to do a simulcast release. we are optimistic for a summer 2019 release.