Two Point Hospital is the spirtiual successor to Theme Hospital.  Its been a long time in the making but that doesn’t mean that the game doesn’t have its own share of bugs and glitches.

It’s good news, then, that Two Point Studios have announced which of the game’s issues are currently being looked at, with fixes pending. Furthermore, there are some spicy quality-of-life features coming to Two Point Hospital as well, such as being able to copy and paste entire rooms across your hospital.

Developers have mentioned that they’re currently working on AI bug fixing, performance issues (more specifically, the stutter that is brought on by longer playthroughs), patient queues, and the occasional crashes and other assorted bugs.

What all of this means is that Two Point Hospital is getting even better with every new update! If you haven’t yet spent time being a Hospital Admin on this charming little sim, now might be the right time to do so. 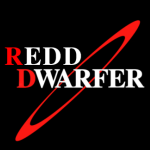