The Slater, by Laina Interactive, is being promoted as a “story driven first person stealth action puzzle game”.  That’s a lot of game types built into one. The question now is: Does The Slater live up to the hype or does it get lost in the complexity.

You play Mark Slater an ex-cop, who is designed as a stereotypical tough cop. The story line is one that has been done a few times, at least on TV. A year ago he lost his dad, also a cop, when his dad was investigating a new drug called D-Pain. It’s now a year later and you are given a hint that Mark has been working on taking down the bad guys for the past year.You join the storyline at the time that Mark is getting closer to the top crime bosses. There are 6 levels or as I like to call them “episodes”. It doesn’t seem like a lot, but you will have a lot to do, each one could take some time to complete. 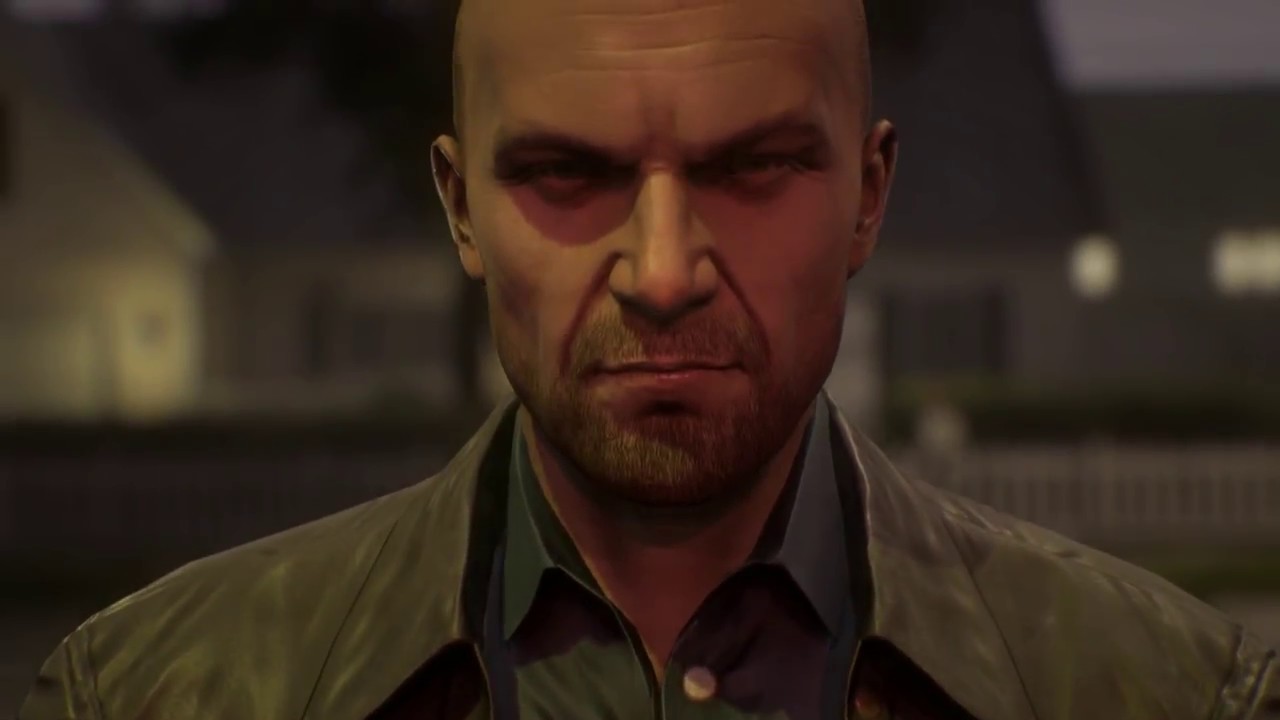 Graphically the game is well done. The characters are realistic looking but the movement is stiff and slow. I kept wanting to press “fast forward” as the character was walking but unfortunately you have to be careful when moving quickly as you could alert the bad guys to what you are doing. One other feature of the characters that could have used more work was the movement of their mouths. Most of them do little to no movement of their facial features when speaking. The colours of the game are very subdued which helps to give it an old “P.I. movie” feel. The quality of the game remains consistent throughout each “episode”. The music was also typical of the old “P.I.” films and helped to bring the environment to life.

Between each day or what I like to call “episode” there is a cut scene that gives you a bit more of the story and a hint about your next missions.  You are then provided with your next set of missions as well as the ability to remind yourself of the controls or leave at this point if you need to take a break.  There are usually 3 or 4 missions with each “episode” and in order to complete the “episode” you must complete all missions.   The nice thing about the missions is that you can complete them in whatever order you want.  The default controls are well placed and I never felt the need to change them.  The map of your location is also real-time map, as you can see the other characters as they move around the map.  Your targets are also highlighted on the map with a red dot.   This was a great help as you often had to find an alternate route to your target.

As mentioned earlier this is a game that encompasses puzzles and stealth.  These two abilities are key to your success in the game.  Sometimes you will need to distract a character, disguise yourself or just eliminate a character so that you can take their pass card.   It’s up to you to figure out what you need to do to achieve you missions.  The first “episode” guides you through the types of things you will come across and some helpful hints like; “always hide the body” so you won’t get caught.  You have 3 options of game play; easy, normal and hard.  Each option has the bad guys being a bit more sensitive to your movements.  I did also find that between the Easy and Normal settings the bad guys were a bit less patient with your wandering around.  So there was more pressure in the Normal level to figure out the puzzles quickly.  For me this meant multiple deaths as I attempted to figure out how to get past security in a key area I needed to go.  Unless you are familiar with these types of games I would recommend a first walk through on easy and then increase it once you’ve played a bit.

The story is an interesting one and it kept me intrigued.  As a person who loves a good mystery I couldn’t wait to find out who was the one at the top.  It did also, however, challenge my patience.  I’ve never been great at stealth games so slowly walking down the street in order to not draw the attention of the guards was more difficult than I expected.  The overall slowness of the game was also a challenging and sometimes the only thing that kept me going was the desire to figure out the next puzzle or the next person in the chain of command.  I would definitely say that you need to be an individual who likes to play stealth characters.  You also need patience, but not too much as you can still draw the attention of the guards if you take too long.

Overall it’s a well made game and one I could see myself playing again at a harder setting for the added challenge.

The Slater is available on PC via Steam.

Have you tried The Slater?  Let us know what you thought about the game in the comments below.

The Slater, by Laina Interactive, is being promoted as a “story driven first person stealth action puzzle game”. Overall it’s a well made game and one I could see playing again at a harder setting for the added challenge.