After a slight delay, the second and final DLC for Assassin’s Creed Origins is finally here!

The Curse of the Pharaohs has launched for PS4, Xbox One, and PC, introducing a new story, environments, and other content to the stealth-action game.

“The Curse of the Pharaohs immerses players in Egyptian mythology, challenging them to battle famous pharaohs and mystical beasts as they investigate the temples of Karnak and Luxor, and the secret tombs of the Valley of the Kings to uncover the cause of the curse that has brought dead pharaohs back to life,” reads Ubisoft’s press release. You can watch the launch trailer for the expansion below. 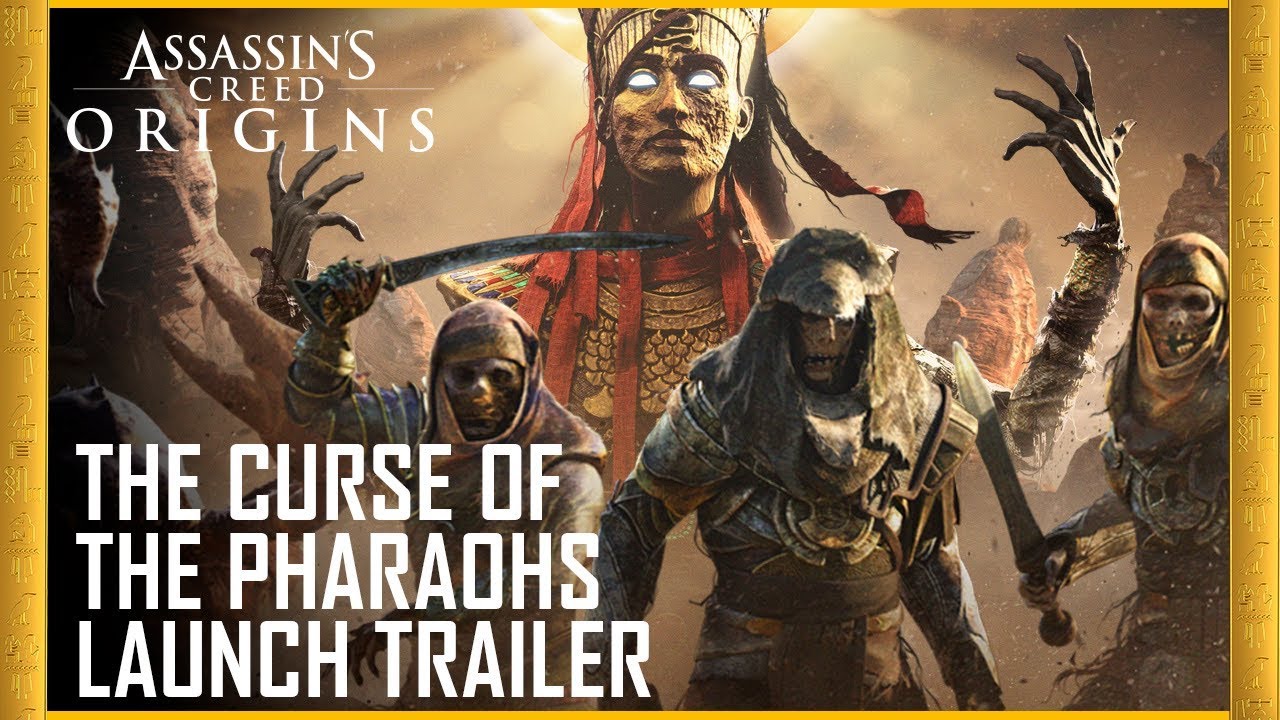 On top of the new locations and storyline, The Curse of the Pharaohs introduces additional outfits, gear, and weapons. It also raises the game’s level cap to 55. You can watch half an hour of gameplay footage from the expansion here.

The Curse of the Pharaohs was originally slated to release on March 6, but Ubisoft delayed it by one week in order to “deliver the best experience possible to our players.” Those who’ve purchased the Assassin’s Creed Origins season pass will receive the DLC at no additional charge; everyone else will be able to download it separately for £15.99/$20.

For more information on Assassins Creed Origins and its DLC check out https://assassinscreed.ubisoft.com