Micro Machines just got some competition in the form of Table Top Racing World Tour developed by Playrise Digital!

We were over the moon when Codemasters announced Micro Machines will be coming to next gen consoles. Our excitement got even more of a boost when Table Top Racing World Tour was announced and coming to Xbox One. The only thing that we could think of at the time – could the indie game take on Codemasters’ famous franchise.

Table Top Racing offers 16, super miniaturised standard and racing cars. Well where else would you get your own Fauxrari, top of the range model too! The one thing we noticed with Table Top Racing World Tour, it’s so damned hard to put the controller down. Boasting 32 dynamic tracks competing in over 12 championships with 9 different race modes to win the Championship trophies.

From this point on we shall refer to Table Top Racing World Tour as TTRWT.

TTRWT offers various gameplay modes. Test your skills online with 7 other players in a PVP combat race with the 8 power-up weapons and 6 very powerful wheel weapons.

Solo play is all about the championship journey and special events with your choice of car. Be prepared to lose your first few races as you need to earn enough of the in-game credits to upgrade your cars to get to the front of the racers and stand a chance taking the top spot on the podium. Once you have upgraded you will notice the difference in the performance of your miniature car. The upgrades consist of Speed, Acceleration, Handling and Armour – all these come at a cost of course. As you progress through the championships the upgrades will get more expensive as will the cars.

While racing your cars around the various track combinations, you may come across some obstacles that can slow you down, like spray cans, ice cubes, nuts and bolts to name but a few. You may also find some of the short cuts and jumps that you can use to your advantage to gain positions or dodge weapon attacks from the AI racers.

As well as the short cuts and jumps, you will come across what I can only describe as Mario Kart style power-up placements, which are in the form of a bubble with a question mark in them. These hold host to the 8 power-ups including a speed boost, firework launcher – to aim at opponents, homing missile, and acid bath – a puddle of acid placed on the track. These power-ups play their part in either attacking or defending against the AI or, if you’re online, against other players. You also have the option to add wheel weapons. Mad Max comes to mind!

With stunning visuals running a 1080p 60fps and bright vibrant miniature cars and worlds to match. With 25 great music tracks from Juice Recordings, the music in TTRWT adds more depth as it suits the type of game TTRWT is – arcade racer in miniature form!

Playrise Digital must have a funny side to them, to name the cars what they have is comical genius. Joining the previously mentioned Fauxrari is the Baguetti, Zomg-A, McHandful and Vulcano JB9. Similarities can be made to the real-life cars, so you kind of know what car you are really driving, but in miniature form and a lot cheaper too! But we do like the comical names more.

There is one small issue we have with TTRWT, and that’s there is no local split screen multiplayer. We also noticed there is no way to bulk up your online race with AI cars.

We do hope Playrise Digital could expand on what they have achieved with TTRWT and maybe bring more content with updates or DLC. It would be nice to see more cars or even tracks, as we really do think this could be some competition against Codemasters’ Micro Machines.

With all the above mentioned, TTRWT is a game that will keep you playing – it’s not a game that can be completed in just a few of hours. Once a Championship is unlocked you can go back to that championship with higher spec cars to gain more credits to buy the upgrades or cars needed!

Playrise Digital for us have made a fantastic game! 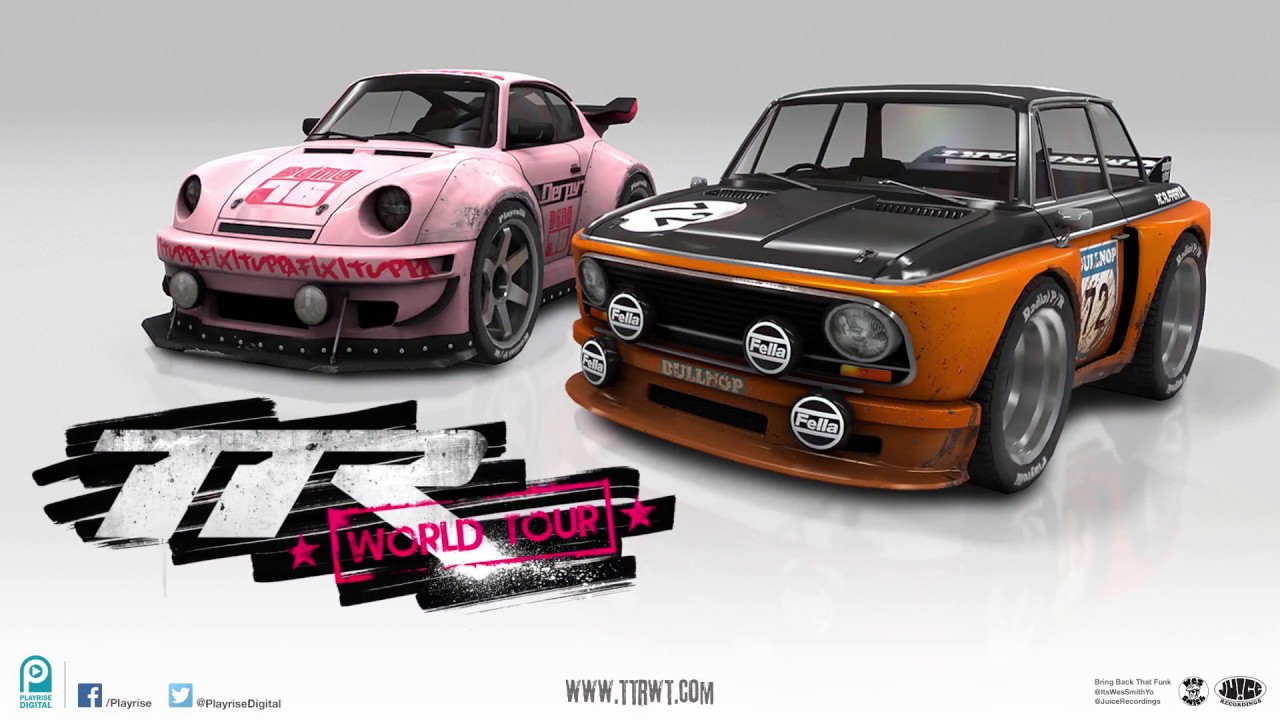 Has Micro Machines got some competition? May be it has in the form of Table Top Racing World Tour developed by Playrise Digital. A Excellent title, few hours of fun. Worth the purchase even if it is a game to pass the time while you wait for your friends to come online!