There are many movies, but not enough video games that try to recreate some of Great Britain’s famous myths like for example King Arthur and Robin Hood’s legends, or the Beast of Bodmin Moor and St.George, the dragon slayer. That being said, it’s not every day that we get to play a game that fits the topic above. Developers Firecast Studio and Fableware Narrative Design have been bold enough to tackle the legend of Uther Pendragon, King Arthur’s father, and morphed into a turn-based RPG called Sword Legacy: Omen.

In truth, Uther Pendragon wouldn’t be such a popular character if not for his son, King Arthur. That’s probably one of the reasons Uther rarely appears in any of the movies that recreate the legend of King Arthur and the Sword in the Stone. Even though he’s heavily overshadowed by his son, it appears that Uther Pendragon can offer enough material for a video game.

Sword Legacy: Omen’s opening is pretty grim as Uther and Merlin return to Mercia Castle just to see it conquered by troops that are led by the Duke of Gorlois. It gets even worse as the king is killed during the attack and his daughter and Uther’s beloved, Lady Igraine is kidnapped by the duke’s army. As Mercia’s Lord Commander, Uther vows to revenge the king’s death and rescue the princess, but in order to do that, he’ll fist need to escape the besieged castle.

The first 30 minutes of the game lay the groundwork for about a 10-hour campaign that will send Uther and his improvised band of heroes throughout the entire Great Britain in an attempt to find enough allies that will allow him to openly take on Gorlois, the mastermind of a devious plot to conquer entire region. Although the story clearly moves away from the legend as we know it, it’s a good plot if managed correctly. In fact, moving forward, the names of some of the characters are the only things that suggest it’s a take on King Arthur’s legend, or more precise, how the legend came to be since without Uther there would be no Arthur.

Unfortunately, the game doesn’t deliver, especially at the narrative level where the bantering and dialogues between characters are almost ridiculous. Even though there’s heavy interaction between the heroes Uther recruits under his banner, there’s no real bond between them, although they’re fighting the same enemy and, for the most part, for the same reasons.

Sword Legacy: Omen starts mildly interesting, but it didn’t manage to keep me engaged until almost the end. I did not feel attached by any of the characters I’ve been allowed to play with, which means there’s no real characterization within the game. And the extra tidbits that you can collect throughout the various levels of the game in the form of documents don’t reveal anything interesting either.

Sword Legacy: Omen is a turn-based RPG, which means once you deplete all your characters’ actions, you’ll have to hit End Turn and let the enemy AI make its own moves. It’s also worth mentioning that throughout each level, you’ll often switch between two phases: combat and exploration. In exploration mode, you can find loot hidden in chests or documents that offer you extra information about the various kingdoms of Great Britain or about some of the characters in your party. Combat mode ends the moment you down the last enemy and the game automatically switches to exploration mode, so you can loot bodies if you didn’t already done so during battle.

Your party will always consist of four heroes, although every time you recruit a new hero, you’ll have five characters to play with during that mission. There are eight archetype classes in the game – Knight, Sorcerer, Lancer, Thief, Priest, Barbarian, Keeper, and Blacksmith, each with his/her own skills. Speaking of skills, this is where the developers have implemented some RPG elements. Instead of gaining experience after each fight, you’ll be rewarded with “renown,” which is used to unlock skills for your heroes. Naturally, each class has specific skills, but you’ll be able to equip four skills on each hero. There are also passive skills that you’ll benefit all the time if they’re unlocked. Keep in mind thought that you MUST equip the passive skills to be able to use them, so the real benefit is that they don’t use AP (action points) and they remain enabled until the end of the battle.

Even if one or more of your characters are downed in a fight, they aren’t really killed, just heavily injured. Your heroes’ hit points (HP) will not replenish during fights unless you’re using a camping kit or pay a ridiculous amount of money to rest at an inn. One other option would be to use the Priest in your party and heal one of your heavily wounded hero, but there’s a risk as there’s a 3-round cooldown on the heal spell.

The good news is there’s no actual turn order for your band of heroes, so you can act with whichever character you want (even use just half of his actions and then switch to another) in whichever order your strategy requires. There’s also some good amount of innovation when it comes to combat, as your heroes can interact with various objects within the environment. For example, the Knight can push an enemy over a ledge with one of his skills, while the Keeper can shoot exploding barrels whenever enemy troops go near them. You can even push enemy troops with your Lancer, Knight or Barbarian in certain formations and then blast them to mittens with your Sorcerer.

That’s an interesting approach that allows offers you more alternatives to how you want to handle a fight, even if most of the time you’ll be outnumbered on the battlefield. Then, there are various statuses that you can transfer to an enemy, such as poison, bleed, burn and disease. Of course, you can be affected by these statuses too, and this is where all the alchemy stuff that you loot from your enemy’s bodies come in handy. 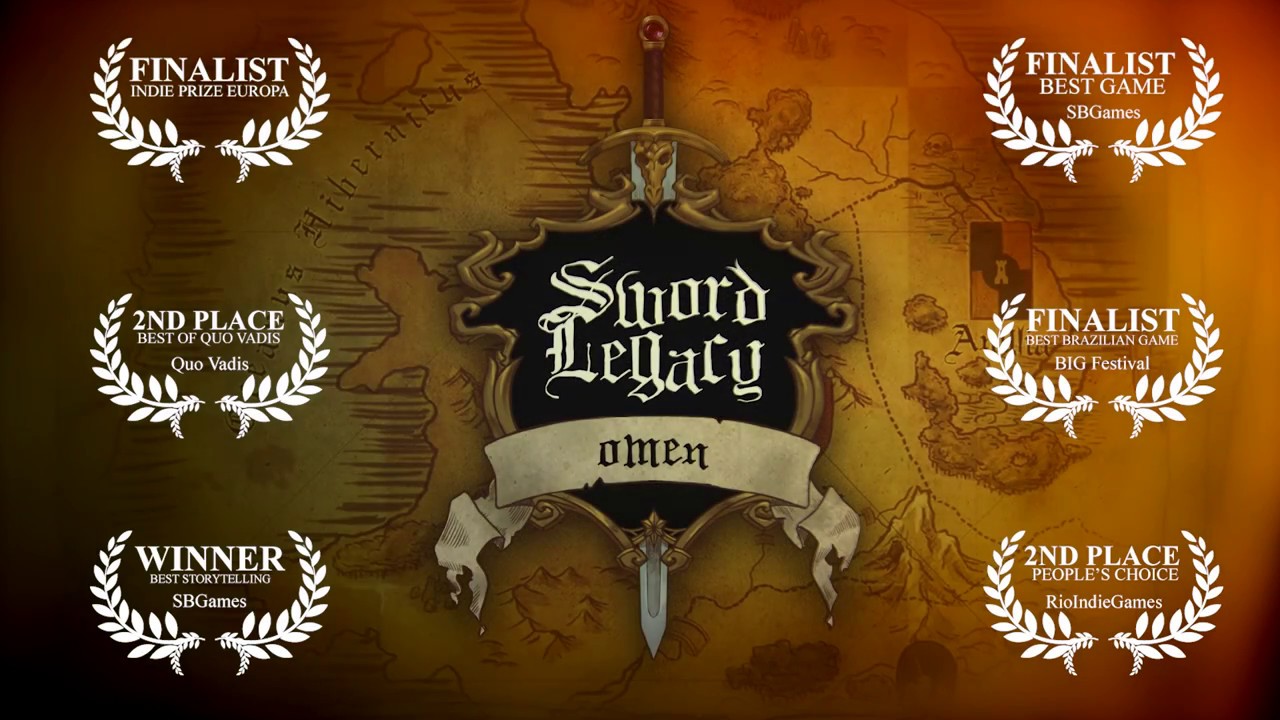 Sword Legacy: Omen is available now via Steam. Retailing at £14.99


For fans of SLG type games, “Sword Legacy: Omen” would certainly be worth looking into. Especially as the graphics are lovely and the gameplay is challenging. So for those who like to keep things simple (or perhaps if the price isn’t quite right), alternative games may be a more suitable choice.