Super Street: The Game is now available for PlayStation 4, Xbox One and PC-Steam. In this arcade street racer you don’t buy your car, you build it. Start from the bottom with nothing but scrap, as you build your dream ride. With extensive customization, extreme destruction and the possibility to play together online and in split-screen, Super Street: The Game brings back the days of the classic arcade street racers.
“We really love the import scene, that’s why we wanted to create a game that’s dedicated to real car enthusiasts and goes back to the times of the old-school classic arcade racers”, said Ronnie Nelis, creative director. “We’re happy to deliver a game that goes back to that very core and delivers exciting and fast-paced automotive action for everyone.”

In Super Street: The Game it’s up to you to build your dream ride. Customize your ride part by part, using over 700 car parts from over 70 of the biggest aftermarket brands to tune your exterior, interior and performance. Experience intense action-packed classic arcade racing, as you push your car to the limit. Unleash it on the streets and leave behind a trail of destruction. Super Street: The Game delivers street racing as it should be.

“This release is only the beginning. We’ll keep supporting the game with many free major updates that are all driven by our community. We’re already working on new game modes, visual enhancements, physic tweaks, extra cars and many other updates. This is a game that solely exists for the community.
That’s why after the release of the game, the primary focus of the development studio is to keep on improving the game.” 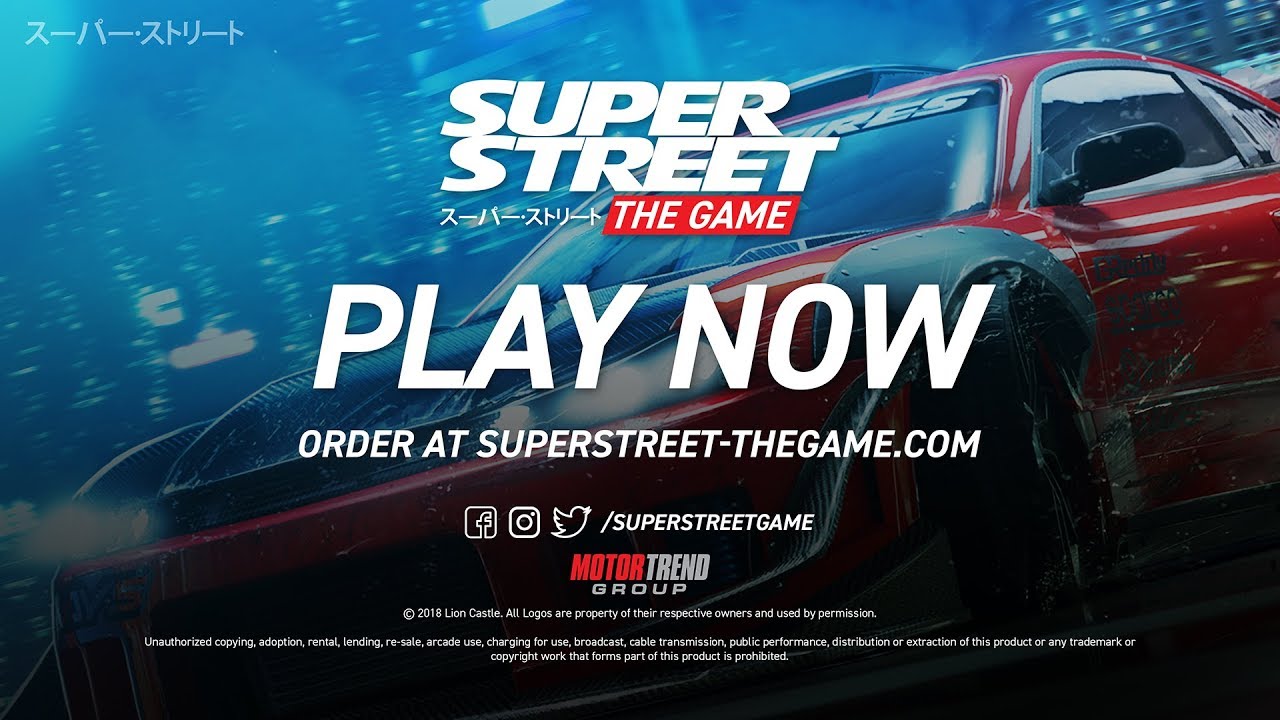 About Super Street: The Game:

Super Street: The Game is the first official arcade street racing game for Super Street™, the world’s number one in automotive tuning culture. In this street racer you don’t just buy your car, you build it. Start from the bottom with nothing but scrap as you build your dream ride part by part, and use it to tear up asphalt in a wealth of different game modes and environments. Play together in multiplayer: both online and split-screen. Super Street: The Game brings back classic arcade racing.
Super Street: The Game is rated PEGI 3, ESRB: T and is available digitally today on PlayStation 4, Xbox One and PC-Steam. Information on the release dates of the physical versions will follow later.