Every so often there will be a game pop up online that I’ve never heard of so I’ll entertain the idea and take a look. To my consistent surprise, it turns out to be a hidden gem. It’s always refreshing to play something different to the everyday norm of big titles. In this particular case, Stories: The Path Of Destinies is one of them games.

Players take on the role of Reynardo, a roguish (Han Solo style) fox who has become tangled up in a war against an evil emperor and a rebellion hoping to overthrow him. Reynardo gets dragged into this war and must figure out a way in which he can bring the empire without destroying the entire world. As that old cliche goes “Easier said than done”.

Stories: The Path Of Destinies is an Action RPG made up of 2 concepts, choices and exploration. Along with your trusty sword to must battle your way through the evil crow army that awaits you. As you progress through the game engage in battles in an arena style setting you will gain experience (XP). The XP gained from these encounters will enable you to learn and phrase abilities will aid you in the game. One example is the ‘Hookshot’, this is can be used to hook shields from enemies as well as to draw enemies into range of your blade. This also comes in handy with traversing from pillar to post to further progress through a level/chapter.

There are 4 unique swords in the game which will unlock once you have collected correct amount of ore and a particular essence. The swords are – Reynardo’s base sword which you can heal yourself with using energy, a void sword which increases attack speed and a fire and ice sword which deal damage linked to names. These are also used to unlock unique doors to pathways that haven’t yet been discovered.

Chests in the game provide you with the key ingredients to construct these swords supplying you with ores and essence and unique gems which can be socketed into your set up to give certain advantages. Smashing breakable objects which provide you with health pick ups and energy boosts refuel your sword to its full glory once it’s depleted. 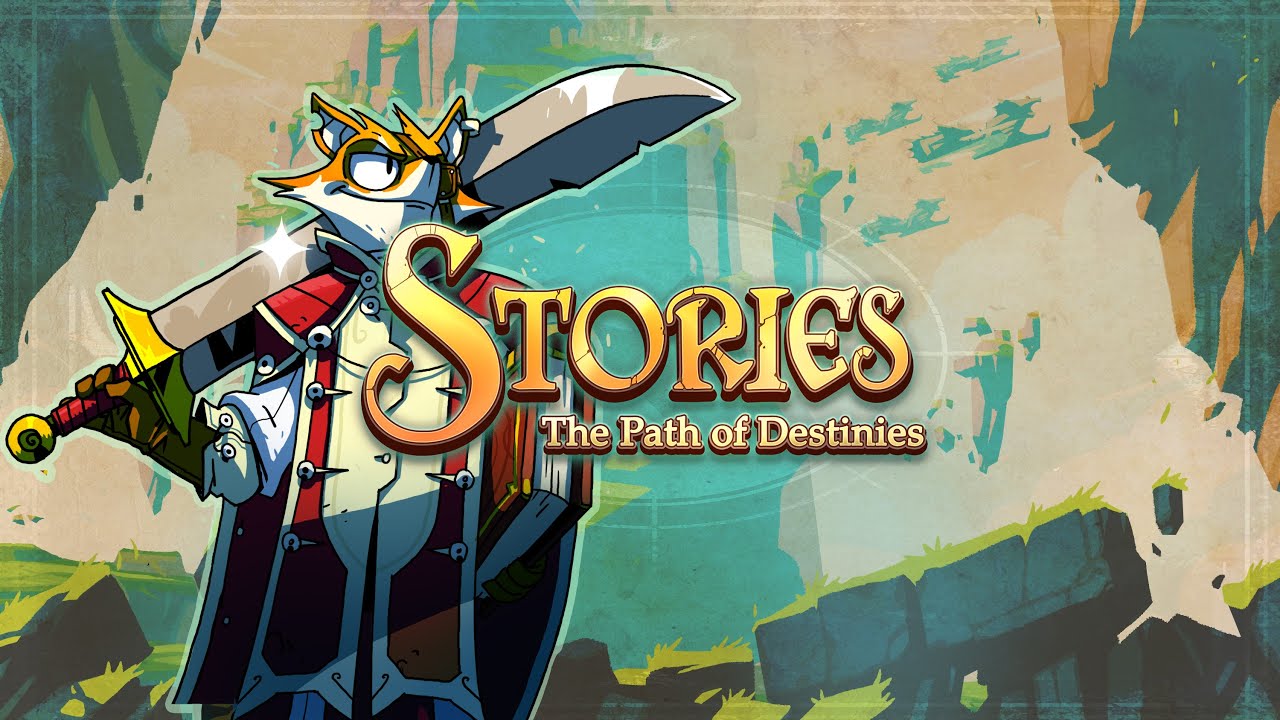 As you progress through the chapters and make your decisions from options giving to you, you will come to learn that the decisions you make will impact on how the story pans out. You will eventually find yourself going over previously played levels but you will find new paths and you’ll be able to unlock new doors to help discover new chests. There are 4 truths to be found and once Reynardo discovers them from the results of run in with the evil power, the game guides you through to the true ending. There are 24 stories with alternate ending to be discovered. Choices leading to new endings will be highlighted with exclamation marks.

Presentation is everything and this game has it in abundance. This game for me really stands out with beautiful it’s beautifully crafted levels and its fluid gameplay. A narrator follows through the game and hell tells the story based on the paths you choose, with some simple comedy added through narration to make you smile. There are features and references that I have seen before in other games but it doesn’t deter this from being a future Classic in my eyes.

This fantastic title can be picked up on the PlayStation Store for the bargain price of £8.99 and will provide you with many hours of gameplay and decision making.

Overall Stories:The Path Of Destinies is a fantastic Action RPG with awesome gameplay and hours of fun to be had. A great narrator by your side provides you with further entertainment as you progress through the chapters. An instant classic.