Feeling like you’re overpowered in a video game is one of the best things in the world. You’re capable of ravaging enemies with a flick of your wrist, helping new players learn the ropes and being to stand as a beacon in the community. Most importantly; you can do whatever you like, whenever you like (within reason). Naturally, a title that offers you the opportunity to destroy entire galaxies as an immortal deity sounds very appealing then, because there’s nothing like stomping cities into dust. Space Overlords isn’t that game.

If it’s anything at all, it’s a perfect example of how to suck all the fun out of being a God that is very angry and has awoken from an age of imprisonment. As a top down brawler, it manages to ruin itself just with the opening ‘cutscene’, with far too many names that you don’t know and a backstory that was written by an eleven year old trying to be edgy. Basically there were once seven gods, omnipotent and eternal, who created everything in this universe; and then one of them decided to imprison the rest for personal gains.

Wonderfully enticing as you’re sat there just trying to pronounce their grand titles as the images flit past you all too quickly. Each ‘god’ has their own supposed style which bends to how you choose to fight as a player, with alternating strength, speed, defence and special stats that define how you play. This is sadly not felt in the gameplay whatsoever. Even though their fighting moves change, the same hollow shell remains. If you’re feeling really brave (and have enough of the coveted special meter filled) you can unleash an underwhelming blast move that destroys more stuff, more quickly.

Aside from the dire combat mechanics, the rest of the game is nothing to write home about. The music is boring and loops far too often, while the aesthetics actually become nauseating to look at after a couple of missions. All while you’re trying to turn a camera that feels like it was being turned while stuck in honey.

In essence; Space Overlords is boring. It has so much potential as a concept, because giant robots remain epic, but it gives too much too early, then leaves itself with nothing to offer you in the long run. Toning it down would certainly help, and some variety wouldn’t go amiss either, but as it stands this is one galactic standoff you’d rather miss by a light year or so. Rinse and repeat. With the same primary objective on every single level, it quickly loses its already dull shimmer. To destroy enemy buildings you simply need to walk into them, some require being hit once or twice and some don’t. The game then really amps it up and adds structures that need to be pummelled for about ten seconds or so for them to fall. Totally killing the mood because if you’re trying to go on a rampage, you don’t really want to stop and sit about as your heavy, clunky space robot hammers away at a munitions factory.

Naturally the inhabitants of said planet you’re currently wailing on aren’t too happy with this. So they send out soldiers with advanced weapons, fire missiles and try to actually kill you as you rage through the ages. However, the game has forgotten that they’ve given you absolute power right from the start. Nothing says ‘flawed’ like watching people try to take down a living, breathing, somewhat hacked off, overlord using rockets and bombs.

Even if you do die to the planet’s hostile conditions, or something as daft as overpowered turrets, there’s no repercussions. You simply respawn and start over, creating an endless cycle of abhorrent death as you literally cannot be stopped by any means. 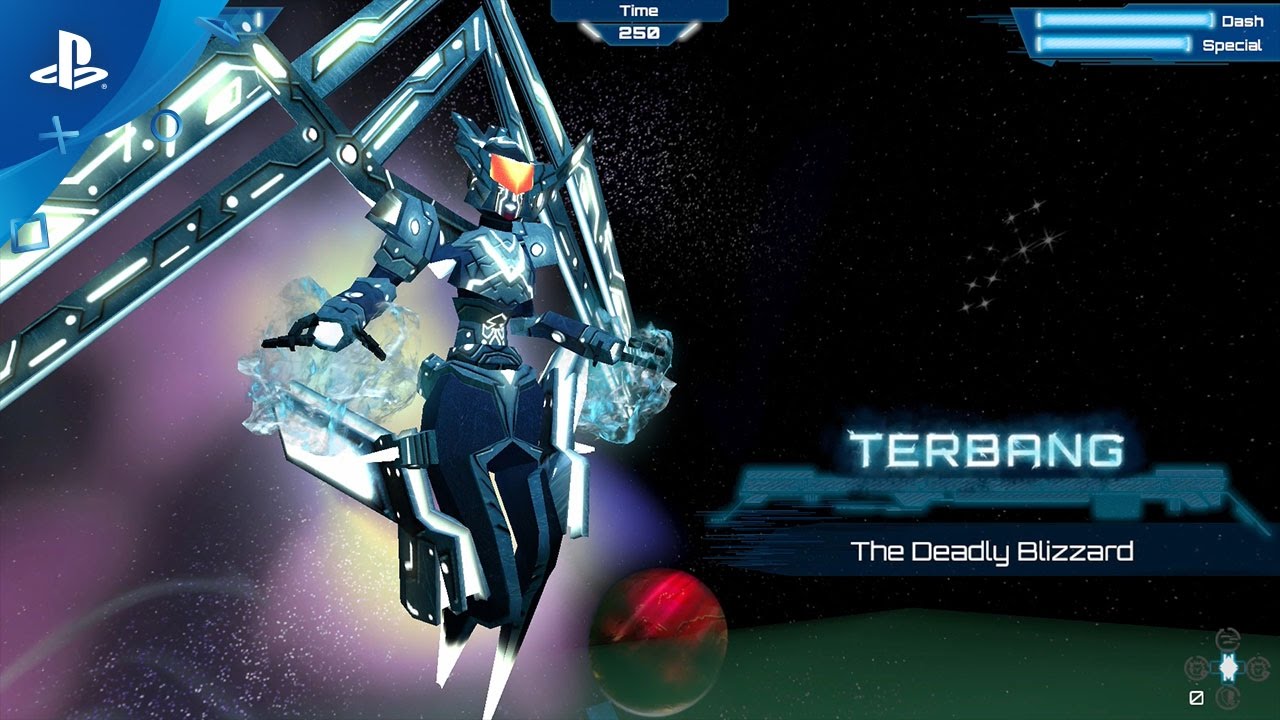