Slime-san Superslime Edition, the action filled platformer ‘race against time’ is the latest game from developers Fabraz and Headup Games.

You are Slime-san, a blob of slime that has been eaten by a giant worm from which you must try to escape before being digested by incoming walls of stomach acid.

Each level gives you a few seconds head start before the wall of acid advances towards the exit – you must dash, jump and morph to get to the end as quickly as possible. You can only pass through green walls when morphing, however, red walls and red pools are made of acid, so you must avoid them if you don’t want to start the stage again.

There is a central hub area which you can travel to and from the level select screen which houses many different places to spend apples, pickups which can be found in hard to reach areas in each stage. Whether its different playable characters with different strengths and abilities or different appearances for each character, there are many items available to be bought. If you’re stuck on a level, you can even use the apples to skip the stage, something which, by how infuriated I found myself getting on nearly every level, will come in very handy.

Besides the central hub, you can opt to go back to Slime’s neighbourhood, filled with many different characters that you can talk to – my personal favourite is a bird called ‘Macawly Culkin’. There’s not that much to do there, but its a welcome addition to calm down with no time limits.

There are different modes for all the levels as well, including ‘No Death Run’, ‘Apple Run’, and the classic ‘New Game PLUS’.

‘No Death Run’ does what it says, you die, you have to start the level again. ‘Apple Run’ tasks you with collecting all the hidden apples in each screen before moving on while ‘New Game PLUS’ makes all the levels harder. The Boss Rush mode is locked until you progress further into the game.

The graphics are pixelated to look like an 8-Bit game, and the soundtrack matches it perfectly. My only criticism of the graphics is the screen’s border – to me, it just seems like a waste of space as it takes up half the screen.

The controls are relatively simple as with most platformer games, however, some bizarre button mapping means, when rushed, you may well find yourself dashing into a pool of acid or bouncing back off enemies.

Blackbird’s Kraken is heavily based around water, while Sheeple’s Sequel is full of weirder levels that Sheeple himself has designed. These levels are a lot harder, they are full of invisible walls that require you to leave slime residue on to see and platforms that are repelled when you get close enough. The time limit remains on each release, meaning you are still pressured to find your way around invisible walls and pits before the wall of lava blocks your path.

Although it says on the Microsoft Store that local multiplayer modes are available, it is not immediately apparent how to access these as they are not on the main menu.

In the central hubs there are arcades where you can play games based on classics such as Pong and Mario Kart – these are the only places I have found where local multiplayer is supported, and to play the arcade games you need to pay with in game coins, which are rare enough as they are. In other words, there are no multiplayer story modes, only minigames.

Including all three releases and the different modes, there is plenty of value for money and longevity if you are patient with the game, and at £11.99 on the Microsoft Store, that is definitely one of Slime-san’s strengths. I probably wouldn’t pay much for one of the releases, but all together in one edition, the £11.99 looks a lot nicer. 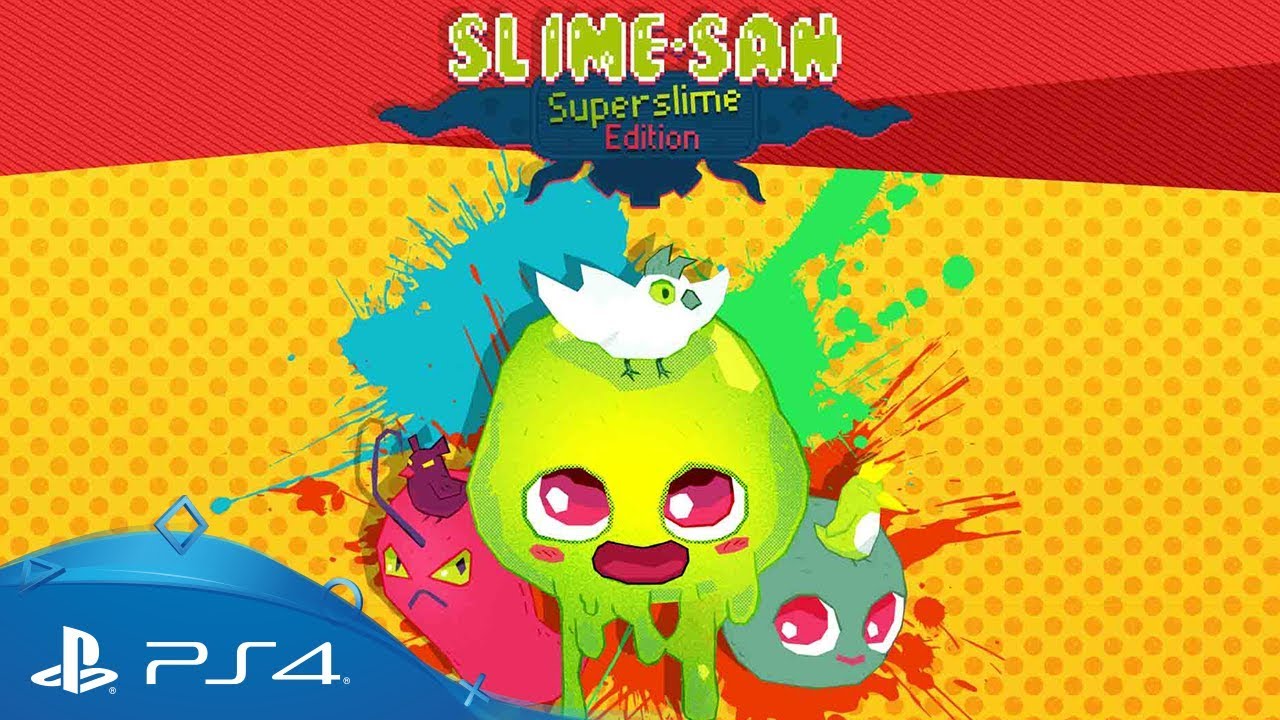 As far as platformers go, its a great game, but awkward controls and anger inducing levels takes the shine off the game. The 8-bit design is a good idea, but poor screen layout also brings the game down. If you don’t have a lot of patience, this game isn’t for you.