NIS America is thrilled to announce their partnership with KADOKAWA CORPORATION to bring RPG Maker MV to Nintendo Switch™ PlayStation®4, and Xbox One! The RPG Maker MV Player app will also be available for free download at launch for users to play games created by others.

Like its predecessors, RPG Maker MV allows aspiring game developers and storytellers to make their very own video game. With a large variety of assets and customization options, RPG Maker MV is the most powerful game development software for creative minds everywhere!

An epic journey begins… with YOU! Become a master game developer with RPG Maker MV. With an assortment of tools at your fingertips, create elaborate, exciting, and memorable video games straight from your console! Then, share your adventures online with other players, who can enjoy your epic chronicles! The possibilities are endless with the latest and greatest RPG Maker software. With hundreds of assets and an infinite number of ways to create your game, turn your dream tale into the next greatest video game!

Your Next Adventure Begins Here – A high fantasy tale of knights and dragons? A modern story of high school romance? A chronicle of gods and demons? If you can dream it, you can make it!

An Endless Fountain of Customization – With hundreds of graphical assets and an infinite number of possibilities to create your very own world and story, the sky’s the limit!

RPG Maker MV is due out in the west sometime in 2019. NIS America is currently taking preorders for a limited edition, which includes:

You can place your preorder for the Limited Edition at the NIS America Store.

KADOKAWA CORPORATION was founded in 1945. Beginning as a book publisher, the company has continuously grown and expanded the area of business through the years. In 2013, the company merged with its 9 subsidiaries and in 2014, it integrated with DWANGO Co., Ltd.

Currently, based on the core business of producing Intellectual Properties from approximately 5,000 titles per year, the company is engaged in publishing, movies, games, merchandising, and advertising in order to capitalize on media mix and cross media opportunities. Additionally, the company is increasing its focus on digital and overseas business, with a new cultural complex facility opening in Higashi-Tokorozawa in 2020.

KADOKAWA CORPORATION continues to evolve, utilizing both the real and the digital areas of business.

In 2003, NIS America was established in Southern California to bring exciting, one-of-a-kind Japanese culture to North America.
NIS America’s team members devote themselves to the fans. Their respect for their fans is at the heart of everything they do.  As an established entertainment publisher in the U.S., NIS America is committed to continuous growth and improvement.

NIS America is a subsidiary of Nippon Ichi Software, Inc., a Japanese company famous for its unique line of strategy RPGs with titles such as Disgaea and Labyrinth of Refrain: Coven of Dusk. In keeping with its mission, NIS America also publishes other popular Japanese games including the Danganronpa series, and Grand Kingdom. 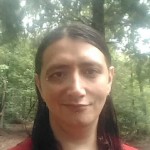