Now I do love a good puzzle game, so I was rather excited to get my hands on Pix the Cat from French studio Pastagames – an arcade game, sort of like Snake with a splash of Pac-Man thrown into the mix. I had high hopes for this game as I always find the puzzle sections of storylines in larger titles rather enjoyable.

In “Arcade” mode, you play as Pix, a little blue cat who wanders aimlessly around a Pac-Man like digital 2D arena collecting duck eggs and delivering them to where they belong. A seemingly simple concept, only to be made more difficult by the inability to backtrack, and as soon as you pick up an egg, you leave a trail longer than the one you had before, much like in the classic Snake game. When you deliver all of the eggs, a portal to the next board appears. As you venture further into the television setting of the boards, the levels become increasingly harder with the appearance of mines and moving skulls.

In another game mode, “Laboratory”, thinking becomes even more of a key part of playing the game as you can only stop moving in one direction if you hit a wall or your own trail and you have to try and complete the level under a target number of moves. Instead of duck eggs, you collect cells which can only be delivered when all of them have been picked up. These levels also get more complicated, only a lot quicker than the “Arcade” mode levels do.

The final single player game mode, “Nostalgia”, tasks you with collecting single eggs that appear each time you collect another one. This time a trail doesn’t appear behind you, but you have to reach a target number before a flower reaches a goat on a timer at the top of the screen.

A multiplayer mode is available in the form of “Arena”, a game to be played with a Player 2 rather than an online opponent. This is a ‘last man standing’ kind of game, collecting as many eggs as possible.

The game can get quite infuriating at times, especially when you realise you’ve driven yourself into a dead end and you can’t do anything about it, or when you hit your own tail on the last duck with nowhere else to turn.

The music of the game is great, and reflects the mode you’re playing. “Arcade” sounds more techno-y, “Laboratory” is a bit slower and somewhat ‘sciencier’ and “Nostalgia” has the classic piano/jazz feel. The default voiceover can be a bit annoying, having a Hulk/Groot cross voice telling you to start and then commenting on your performance at the end can get on your nerves. Thankfully, there are other voices to choose from when you unlock them.

The graphics are brilliant, for example the television setting of the “Arcade” mode features many colours which change from board to board and at each combo level. In the “Laboratory”, the graphics are spot on, with each board seen through a microscope with bubbles and some form of floating organism swimming around. In “Nostalgia”, every board is set in black and white and is in the form of an old movie at a theatre.

The controls can be a bit fidgety as well, and your timing has to be just right. Many a time have I missed a portal to the next board and ended up heading straight into a mine. Apart from that, the controls are very simple, just push the left stick vertically or horizontally and Pix will go in that direction – its as easy as that! 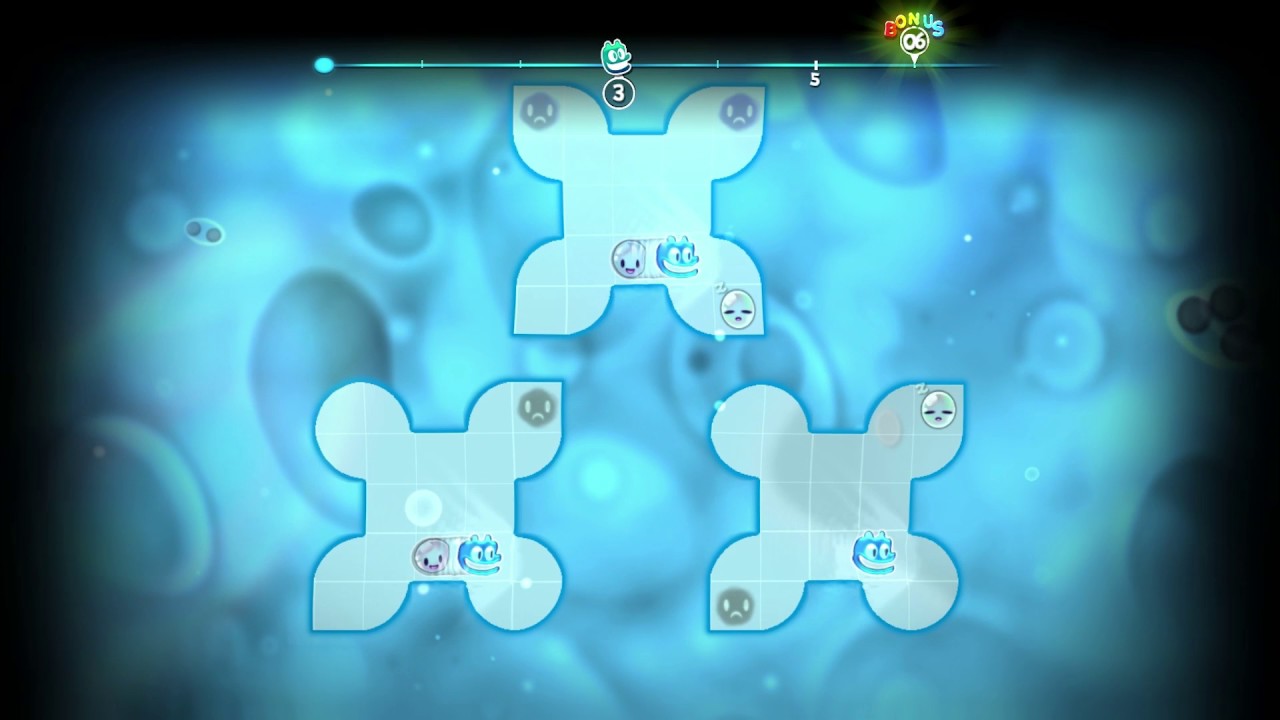 Overall, its a pretty good game with great sounds and graphics and is perfect for people who like puzzles or maybe even those who want to sharpen up their reflexes. It finds just the right balance between Snake and Pac-Man and is a good idea. When you get into it, it can be quite addictive and the music doesn’t get boring or repetitive. The controls are simple and easy to get used to, but timing has to be perfect.

Pix the Cat is also available on:

Pix the Cat is a great game to play when you want to pass the time or for a party game. It doesn’t take long at all to get into a game, however, with this comes a downside – there are no online features, only a local multiplayer mode. Each single player mode has its own unique feel and all three are enjoyable while the sounds and graphics are great.
The game is good value for money, as the game doesn’t get repetitive and can be played over and over again to try for a new high score.