How many games have you played that were fun and also tried to have a impact on society? The Path of Motus is just such a game. Not only is it graphically enjoyable but it also has some challenging moments, its story ties to a current social issue and by purchasing the game you are contributing to an organization attempting to help kids.

Upon first glance The Path of Motus appears to be a cute little horizontal scrolling game that utilizes keyboarding skills and doesn’t really seem that difficult or complex. However as you get further into the game and Motus grows up the challenges start to arrive.

A visually cute and cartoon style indie game created by Michael Hicks (design, music, programing and writing) and Goncalo Antunes (all art and animations), this game is not just a fun way to spend your time, but the developers built a powerful message into the game as well. I think the intentions of the game are best said in the developers own words:

“Will you let other people stop you from pursuing your dreams? For generations, a village of goblins has been trapped inside a mysterious forest; anyone who attempts to leave returns hopeless and defeated. Determined to break new ground, a young goblin named Motus plans to build a series of bridges through the forest. However, his perseverance will soon be tested, as he meets bullies that use their own words to stop him. Will you find a way through life’s forest, or like others be lost in its depths with no will to continue?” 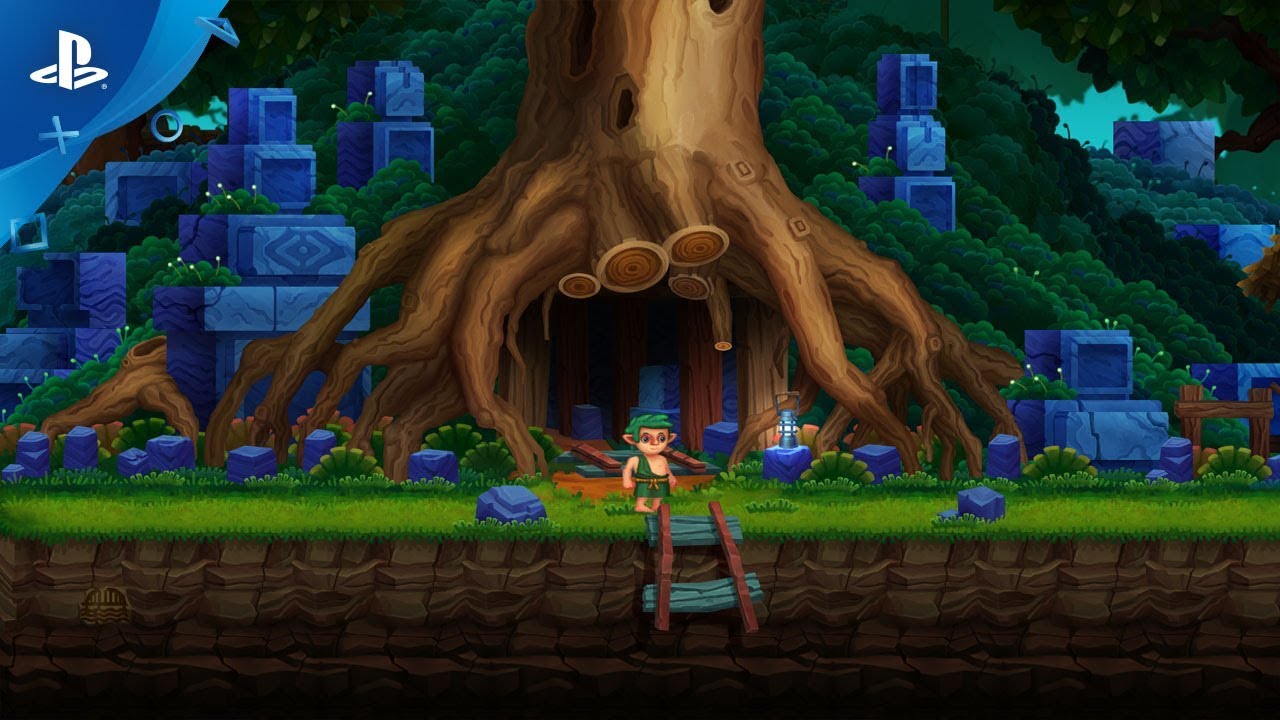 At the start of the game you are surrounded by a haunting folk style tune that gives a feel and a foreshadowing of the real story that you will soon experience.  Motus has been given a paint set by his father and believes he has figured out a way to get out of the forest.

Although the game play stays on the horizontal plain that doesn’t impact it and there are times that you will enter an area to discover new parts of Motus’ story and new characters who will add new challenges to the game play.

Not only will you meet friends that will help Motus but you will also come across some bully goblins that will challenge you.  To defeat them Motus must use “verbal combat” in the form of rapid keyboarding.

If you are successful in defeating the goblins, you then only have to use your problem solving skills to create the bridge at the end of the area.

The bridge building part of the game was my favourite and as Motus grew up even these problems got more complex. Keeping with the theme of the game, as you progress even further Motus will be faced with making a choice on the direction of his own behaviour.

Although I’m a person who grew up learning to type with both hands (no hunt and peck method for me), I still found it tricky at times to coordinate the rapid succession of key strokes. This game really tests your hand-eye coordination. At times you have a split second to press 3 different buttons while also jumping for your life.

The game definitely gave my fingers a workout and I’m not sure my keyboard has recovered yet either. The nice thing is that the games saves automatically and even if you die you start from exactly where you left off.

The Path of Motus is definitely a fun and sometimes challenging game. At times the story is not very uplifting but it has a message, which the developers have done very well at maintaining throughout the course of the game.

As mentioned earlier purchasing this game will also provide funds to an organization that is helping kids with bullying. According to the game’s website 10% of all purchases will be donated to The Cybersmile Foundation, a non-profit that helps thousands of bullying victims each year through their support lines.

I would definitely recommend The Path of Motus. It’s a great game for anyone wanting a little bit of a challenge without any competition and would even be a good game for kids. Although I would recommend that parents play along with their kids and even talk to them about the story line as you progress.

Path of Motus is available on Xbox One, PS4 and PC via Steam.

Have you tried The Path of Motus? What did you think of it? Let us know in the comments below

The Path of Motus - PC Review

A visually colourful and cute cartoon style game with a message. Enjoyable to play, listen to, and it may even test your key boarding skills.

Fabular: Once Upon A Spacetime – A Medieval Space Folktale