The Ultimate Collection of Party Games for up to 4 Players!

Nintendo consoles have always attracted the party based games – this is more than likely down to the fact that the controller based system works better, making it more interactive for the players.

Loading in to Party Planet, you’ll will be welcomed with a handful of the 30 mini-games – yes, 30! It should however be noted that all 30 aren’t available straight away. Mastiff and Teyon didn’t want to make it too easy for us, every time you play the available games to start with, you will earn what you could call ‘experience points’. Once enough are collected, you unlock the next group of games until, ultimately, unlocking all 30.

Most of the mini game titles can be played by one to four players, although there are the odd few that are single player only, which is a nice addition as it makes Party Planet suitable for all situations, not solely for the purpose of being played at a party. Party Planet offers a good variety of games; either working as a team for some, or competing to be the best in a head to head game – the latter being what this genre of game is mostly about, trying to be the best out of your friends and family.

There is nothing over complicated with Party Planet mini games, you can literally pick up the controller and play, its so simple, just follow the on-screen instructions and you’re away. This is how a party game should be, the last thing you want to do is sit for 10-15 minutes playing through a lengthy tutorial on how to play, killing the buzz of the game.

One thing we did notice was that some of the mini games resemble other classic games. Snake, the classic Nokia phone game, Pairs and Zuma to name a few. This isn’t really a bad thing but does lack imagination. Although this isn’t a bad thing, some may see it as a lack of imagination and originality. The majority of the mini games are very enjoyable, while some find themselves borderline challenging.

One thing kept crossing our mind – Party Planet will probably only be a title you play when you have family or friends round, so if you have the physical copy it will probably end up collecting dust.

Party Planet has been well thought out design and art work wise as the colours look amazing while both handheld and docked on TV. We found it better to play on a TV as you have more space to get even more players round, but it holds up when playing handheld/travel mode just as well. The music is upbeat with funky backing tracks to keep the party mood going during gameplay. The two combined work hand-in-hand on the Switch, making Party Planet run with ease on the console. Party Planet does offer great change ability of the controller through it menu so add and removing players has never been so easy. Party Planet offers each player the choice to use either a full controller or a single Joy-Con on its side. 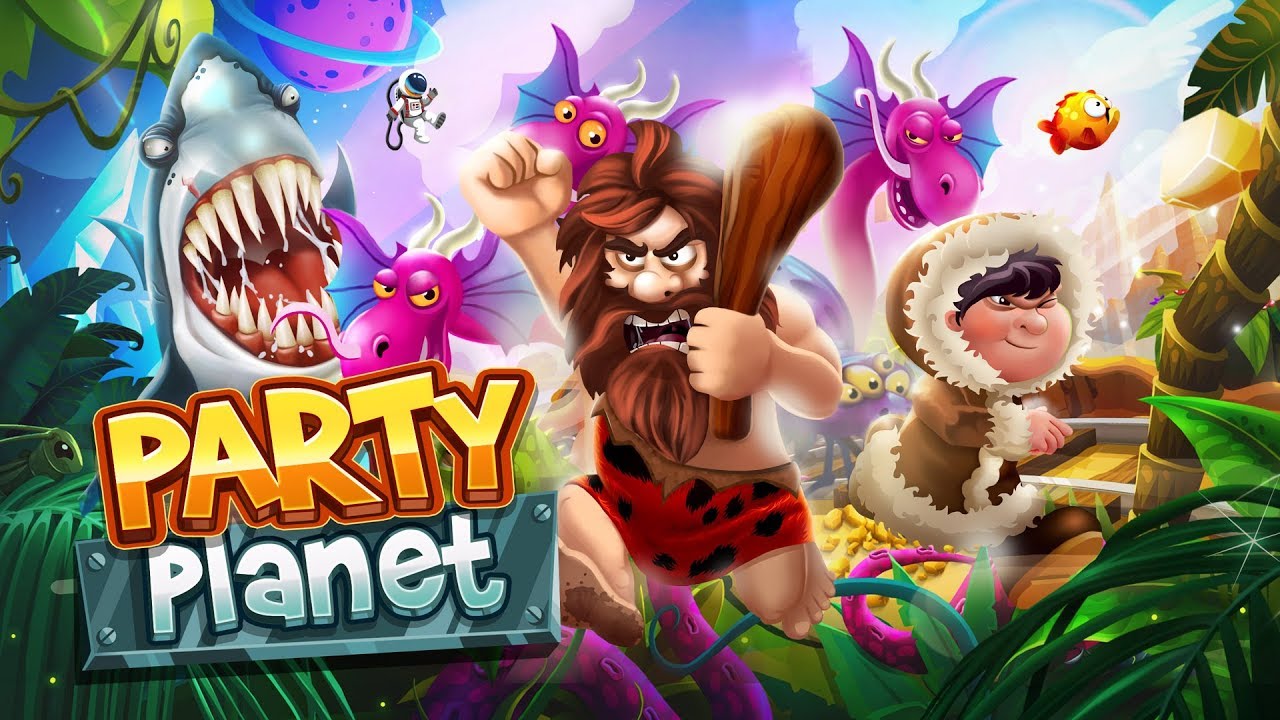 A good addition to the Switch, but could with more imagination in some of the mini games. Party Planet is a game that can get the family and friends gathered around to play together. but for a length of time is another matter entirely.

Party Planet can pass a couple of hours at the most with a group people and will probably only get a looking once in a while as it’s not a game you can really play on your own even though it does offer some single player mini games.