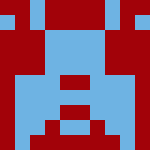 Welcome one-and-all to ABG’s Out There: Oceans of Time review. An open-universe survival game developed by Mi-Clos and Goblinz (published in association with Modern Wolf, Fractale, and WhisperGames), Oceans of Time rewards as much as punishes in this hybridized title. Let’s not waste any time and dive right in.

How one derives fun from a product tends to be highly subjective. Therefore ALL forms of review are opinionated and should be taken with a grain of salt (this included). So let’s analyze Forgive Me, Father, through the lens of more objective metrics such as; graphical fidelity, characters/story, content/length, controls & gameplay, then finally, sound design & cinematics. This product was played on a 3080 10GB, 32GB Ram, with an i9-11900KF 3.5GHz. For full transparency: this content was tested using a copy of the game graciously provided by the developer.

First off, Oceans of Time utilizes a few different graphics styles depending on the required application. Solar Systems and planets have unique-looking relatively sharply detailed ships, stars, and astral bodies, while character selection has (mushy-ish) character models, unlike the tileset-based board game-style expeditions.

I did notice that the ‘halo’ effects around stars did not move with camera pivots, which I found immersion-breaking for as small a detail as it is. That aside, however, I rather enjoyed how most of the locations and ships looked. On the other hand, the aforementioned mushiness is rather apparent on character selection screens and dialogue.

Out There’s visual style is much in-toe with The Outer Worlds’ old-school sci-fi aesthetic. While I wish it were a bit more consistent in that aspect, what it does provide, works. Biomes vary enough to keep new visuals rolling for a bit, and the UI is on-theme. That being said, on an Ultrawide monitor using 2560×1440 (highest available), there were cutoff descriptions in the menu. Aside from that though, I found the interfaces both functional and direct once getting past the initial learning curve. But we’ll talk gameplay in upcoming segments. Let’s move on.

In all honesty, these characters seem less like individuals with their own goals and motivations than vessels for plot mechanisms to happen to or through. While there is some occasional basic banter, there is nothing groundbreaking and I found it hard not to tune the sci-fi jargon out. And I say that with regret as someone who enjoys a glorious space-tale. Gimme more of that Battlestar, Expanse, Mass Effect, Starcraft goodness.

Where there are other characters that you may add to your crew, they never (in my experience) effected the story. With respect to the Roguelike genre though, I understand that story and characters are not generally the focus here. These aspects of the game (story in particular) act more as gameplay devices to keep players with goals to move towards as opposed to being a No-Mans-Sky-At-Launch “fly to the centre of the universe and that’s it” experience. This segways perfectly into the next point.

Being a roguelike at heart, Oceans of Time can be played as little or as much as one’s heart’s content. While most are hard as nails (as Oceans of Time is too) there is a specific resource management cycle to master here if one is to survive for any modicum of time. Without spoiling everything, the primary resources are Fuel, Oxygen, Hull, and Morale. Using them wisely, and keeping the supplies to replenish them will be key to your success.

Although, the RNG (Random Number Generator) nature of a game such as this surely replicates the tabletop feeling of a classic dice-roll or random encounter from a deck of cards. This can be your best friend or worst nightmare. While I can appreciate the unpredictable nature of it, unrestrained – it can cause issues. For example: On the first jump I was greeted with a random scenario with 2 options. Neither option gave me any hint of detriment, however, just to be sure I picked the safer-sounding option. Nonetheless, It crippled the ship’s Cosmic Folder’ disallowing it from moving to another system. Ordinarily, sure no sweat. But this system did not have a rocky planet required to mine the Iron needed to fix the component. In other words, on my first “turn” I was screwed.

Now, the moral of the story is that this experience was not very fun. And that’s what a game should be – Fun. Speaking of which, I hate to say that Oceans of Time committed what should be considered the cardinal sin of entertainment it bored me. As a sci-fi nerd at heart, I hate to admit it because I want to love what Oceans of Time wants to be. I just feel like many players won’t be able to experience it because of the (possibly unintentional?) difficulty curve.

At the very least, maybe put safeties on player death for the first jump to prepare for the upcoming voyage. The problem at its core is that Out There asks players to repeat the same task far, far too repeatedly for it to retain its entertainment value after the umpteenth time probing or drilling for materials. I didn’t feel that Oceans of Time rewarded me for my time, and that’s even considering the roguelike genre. This would likely affect player retention, as the feedback loop needs to keep the player consistently engaged.

As far as I could see there were no difficulty variations, new game plus or multiplayer options. Generally speaking, most games of this calibre don’t contain many of these elements aside from possibly a Hardcore mode for tough-as-nails players. Although there IS a save function that can be accessed by finding these cool-looking stations orbiting White Dwarfs.

In what appears to be a natural gameplay extension of the Out There franchise, Oceans of Time builds on its predecessor. Unfortunately, something about the brutal Roguelike experience doesn’t 100% translate well here. Or at the very least, its blend of tabletop and universal exploration breaks gameplay momentum in unexpected ways. Before I get into too much detail, allow me to explain the gameplay loop.

So, players will start with a tiny shuttle-ship in a random system, in a randomly generated universe. Your first goal is to make a few jumps to systems in range and eventually get to your first objective (20-30 ish Light Years away), returning to “The scene of the attack” to understand what happened. Players must refuel and repair, re-air and retain the morale of their ship and crew. Though you start with 2, your crew will grow to assist you in many regions of your explorations. From ship optimizations to expeditions, these individuals will be essential to your survival. As will memorizing what resource comes from what systems. While the game does indicate which planet type they come from, it’s up to you to remember what systems to find said resources in.

Essentially, this game is a symbiosis of a ship/resource management gameplay loops tied with a board game/tabletop RPG. At times, Out There feels like a less refined, less focused FTL, at others, a No Mans Sky procedurally generated survival, while ALSO being a tile-based tactical title. It wants to do it all, but it doesn’t quite do enough to make certain aspects truly engaging. For example, the expeditions (while being essential for morale) offer little to do but avoid minor obstacles and find a few materials and the occasional location. Never did another enemy arrive to spice up the encounters, and most of the time death came swiftly and unexpectedly through RNG-based text events. Sadly, this is the aforementioned momentum killer.

It would be nice if specific elements of this game had an auto-resolve function, though I understand that would dissolve the risk-reward dynamic established therewithin. The closest Out There presents in any capacity is the multi-use resource ‘Omega’ which can repair systems, be used as fuel and much more. Essentially, players lose when they run out of one of the primary resources and have to “all or nothing” every step until they acquire the required supplies. It’s all functional, I just found the overall experience a bit… thin, for my taste.

Lastly, we have a relatively negligible section for this title. Of course, quality sound design is essential for many top-shelf games. That doesn’t necessarily mean Oceans of Time is an audio masterpiece, unfortunately. Much like the rest of the game many of the sounds are serviceable, but the soundscape I found to be rather plain and uninteresting. That’s a true shame as a mesmerizing OST could easily elevate this title and help keep the momentum moving in a subtle way without overpowering text.

And then, we have cinematics – which aside from the introductory one I don’t think there are any others (except maybe an outro?). The only other sections that could be considered close would be the character dialogues which include some anime-esque posing. Similarly is the case with many games: without the plot focus, there often isn’t as much reliance on cinematic stylings.

Conceptually I love what Out There has to offer, in execution, however, I struggled to keep playing at times. And I say this with the heaviest of hearts as I would love a more expanded version of a game like this with a stronger, more forgiving gameplay loop. That’s not to dispairage the table-top/RNG nature, I believe it could work regardless with some minor shifts. Such as, more dynamic expeditions to keep players consiously engaged, and less mechanically predetermined ways to make decisions.

What I mean is, the game sort of plays itself based on resource requirements. There is only one proper “winnable” strategy, and a few unoptimized-yet-successful variants. Players will often feel less like their making “choices” than chasing necessity. Need fuel? Jump to gas system. That damaged the hull too much? Rock planet, now your dudes need Oxygen-sauce? Garden Planet. Repeat.

Welcome to Oceans of Time 5.2/10. While it works functionally, and it’s fun to figure out the novelty wares off quick – though I feel its price adequately reflects these expectations. The overally experience could use some further gameplay depth and refinement, but it would be encouraging to see where this concept could be pushed further. If you’re a hardcore fan of RNG, boardgames and/or Sci-Fi exploration maybe give Out There: Oceans of Time a peak, otherwise this probably won’t be for you.

Make sure to stick with Any Button Gaming for the latest gaming news, reviews, and features from around the world.

Fancy being social? We’re on Facebook, Twitter, and Instagram. Or if videos and/or podcasts are more your thing, why not subscribe to our YouTube and Twitch channels and track us down on Spotify. And if you wanna show your allegiance to ABG, you’ll be happy to know we have merch (also here)! All proceeds go to help fund the site.

Let us know your thoughts in the comments below or join us on Discord, we would love to hear from you!

Just a Canadian dude who’s passionate about gaming, and the industry as a whole.

To Answer The Proposed Question, Not Quite.

Just a Canadian dude who's passionate about gaming, and the industry as a whole.