It’s hard to find a good platformer these days.

For me, Omega Strike does a pretty decent job of taking me back to playing arcade shooters in takeaway shops whilst waiting for my pizza. It’s an enjoyable romp that passes some time whilst waiting for something more interesting. Omega Strike is a 2D side scrolling action platformer with an open-ended world and multiple playable characters. The narrative follows your team of heroes, aptly named the Omega Strike team, as the evil Doctor Omega and his mutant armies shuffle towards world domination and it is up to you to stop him.

It has the 80’s inspired action movie setting but without the frantic pacing of other titles like Metal Slug. It has the main-character switching that we’ve seen in games like Trine but not enough “character” to define the characters to make it feel like we ever needed more than one.

The main reason you’ll be switching between characters is to find secrets or progress the story at certain parts as one can jump higher and another can move boulders. The rest of the time, however, I found myself just playing as the same character as I ran through the levels. For me this made the character switching less of an interesting addition and more of a forced one as I was more often switching out of need rather than want.

The open-ended world of Omega Strike is something that is hard to get right in video games these days and that comes with it’s own problems. An average playthrough would see me happily racing along blasting mutants and destroying crates Crash Bandicoot style for gold and food only to hit a dead end and realise that I’d made the wrong turn at the beginning of the level and have to hike all the way back. At times I can concede that this suited the flow of the narrative, it made sense, but at other times it felt tedious and more like it was just to draw out the playtime.

It may seem like I’m hating on the game but that isn’t the case, I’m simply pointing out it’s shortcomings because I’m a pessimist. Don’t get me wrong, I enjoyed Omega Strike very much and had a brilliant time playing it but unless you are a fan of platformers I don’t think there will be enough to keep bringing you back to the title. Omega Strike is very much an enjoyable romp in the action platformer series but lacks any originality to draw it much more attention. 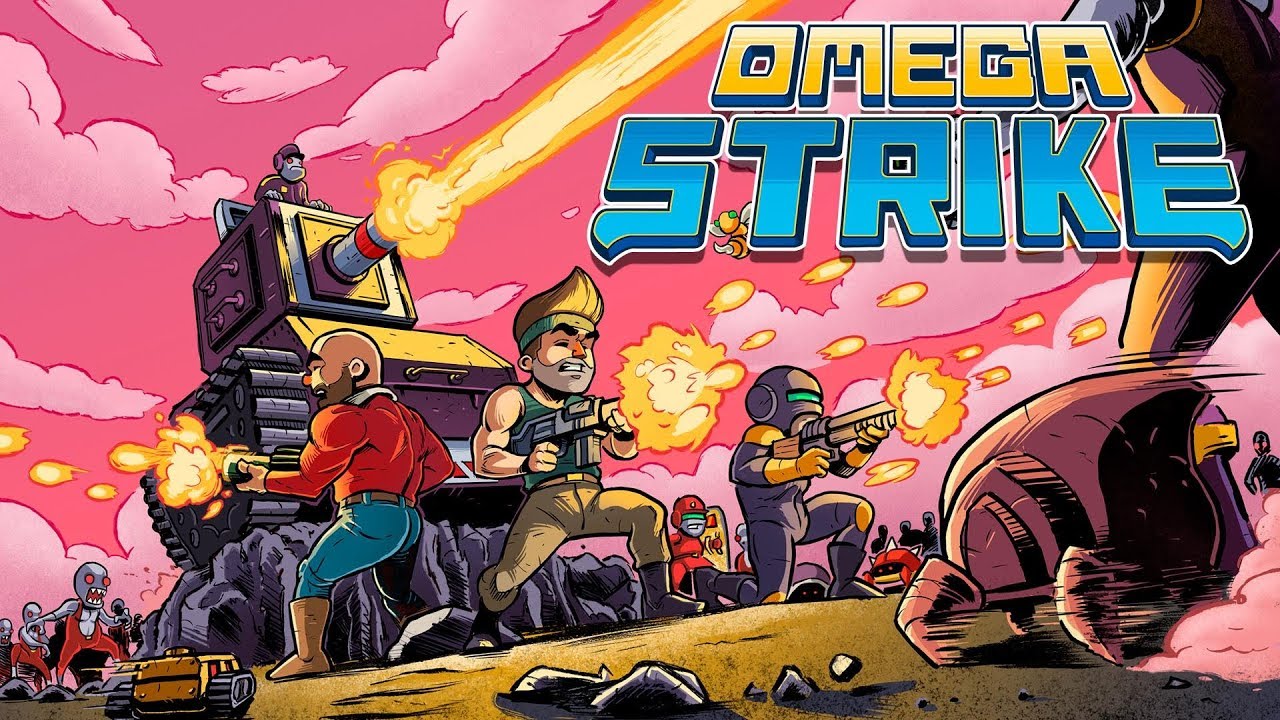 Do you agree with our review? Let us know in the comments and for all things gaming stay tuned to ABG.

Note: This review was written by Jamie Green, and performed on Xbox One with a code from the developer.

Omega Strike is a charming game with solid fun gameplay, a fantastic soundtrack, beautiful visuals and lots of humorous background characters. However, it lacks innovation and difference from other similar styled titles in the genre to make it stand out and it’s gimmicks feel forced to the point where the game would be better off without them.