Available from today on Xbox One, PS4 and PS Vita is Jack N’ Jill DX, a game that focuses on old-school platforming mechanics and one-button action. It’ll also be coming to Nintendo Switch and PC very soon (in a few days!!) for only £3.99. There’s even a launch discount available to those who are quick.

Taking on the role of Jack it is up to you to make your way to Jill, I guess in order to live happily ever after. With a ton of hazards and obstacles in Jack’s way, thing won’t be as easy as pie though and the 140 levels that have been spread over 7 worlds will need to be navigated through with skill.

You can also play as Jill if you like your lead characer to be female.

Once upon a time, Jack and Jill, went up the hill, to fetch a pail of water. It didn’t particularly end well for them, and to be honest, things aren’t exactly great for another Jack and Jill either. In Jack N’ Jill DX, players must assume the role of Jack, overcoming many hazards, in a bid to reach Jill, who awaits him at the end of 140 levels, in typical old-school one-button platformer fashion! But, for the players who feel the guy should be the one who needs saving, we absolutely agree and that’s why Jill is available as a playable character as well! Features: * 7 worlds made up of 20 levels each * 7 in-game mini-games., where you can earn tickets for the in-game store * In-game store with in-game tickets that are used for unlocking hats and screen colours * Mirror mode 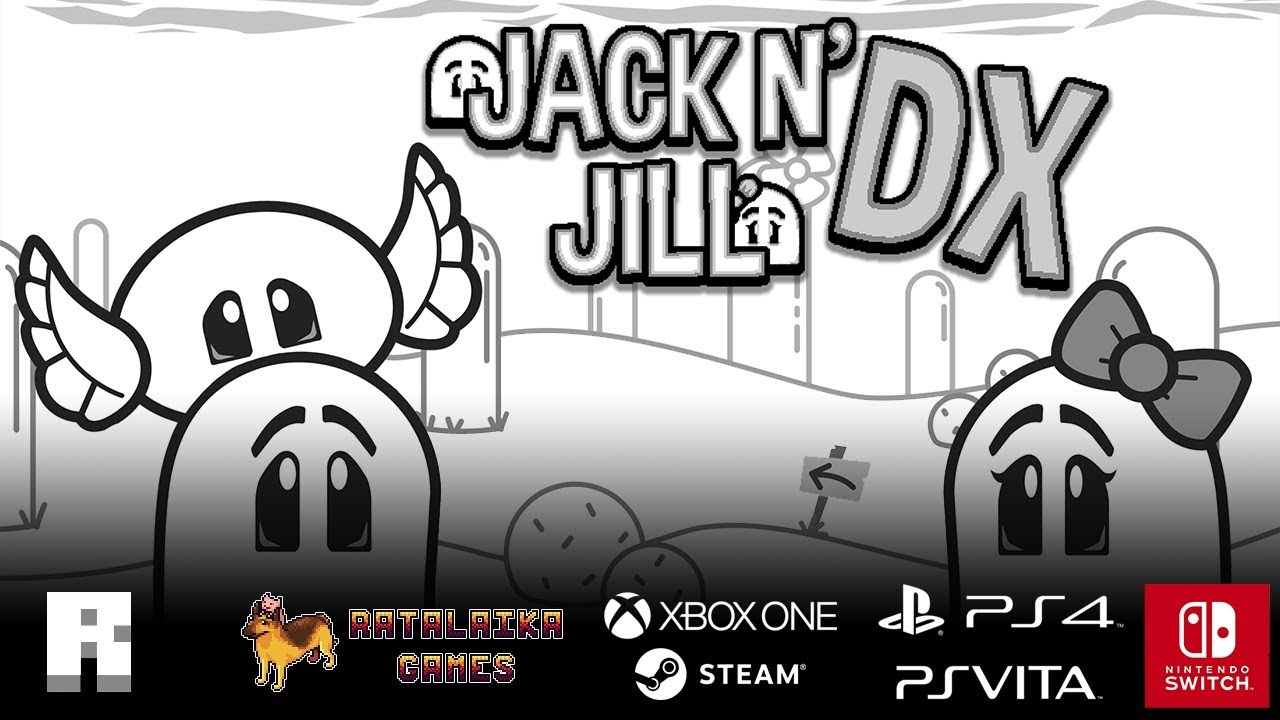