Old Man’s Journey is one of those games that can be quite easily spoiled by a review going into the details. Although the game itself is very short, we feel the length of the game is right. We feel it if it was any longer it could have become tedious and boring. Old Man’s Journey isn’t a game that will suit everyone. Originally a PC and Mobile story based puzzle game, does the ported version deliver something different to the Nintendo Switch?

As the title of the game suggests, you take control of an old man who embarks on an adventure after receiving a letter in the post. During the journey, you will get to certain points and you will see some memories of himself, his wife and family, as well the location he has visited. The whole journey is all based upon finding out who sent the letter in the post.

Old Man’s Journey is basically a silent movie with gentle sound track, as not a single piece of dialogue or a single line of speech present throughout the game. The game’s story telling works so well, there is no need for dialogue, whilst delivering a very important message at the same time. As we mentioned above, with the game being short and a game that can be ruined by spoilers, we’ll say the game is a sombre but uplifting tale which is based on reality.

Old Man’s Journey is a 2D point and click puzzler side-scroller. Sounds simple, right? You also have control of manipulating the landscape around you, so you can get to where you need to get to, from moving hills to joining railway tracks so a train can complete its journey. Having control over moving the surroundings is where the puzzle aspect comes into play. You must think about which part of the landscape you need to move to get to a certain point, so you can progress to the next area. They start off easy but as you get further into the story, the puzzles or brainteasers get more complex and take a little longer to work out. You may need to use the objects around you, for example rolling a barrel down a hill to smash through a stone wall. With all this, the total run time of the game is approximately two hours.

Old Man’s Journey has several ways of controlling the cursor. Being a ported version of the PC and Mobile, it was designed for a mouse and keyboard or touch screen, with the Nintendo Switch offering the touch screen capability. With that you can play the entire game with just your finger tips by using the touchscreen. Old Man’s Journey does offer controller support for both Joy-con and Pro Controller, along with using the Joy-con as a pointer.

The gameplay is nothing more than a transport method for you complete the story. The whole concept of the puzzles is a really good idea. Sadly the puzzles are never very difficult to solve, 30 seconds to a minute and you can solve them pretty quickly, then it’s just a case of moving the hills, road or railway tracks to the set locations to progress. This combined with the gentle soundtrack is a perfect match of gameplay, with the audio of the game being very tranquil. 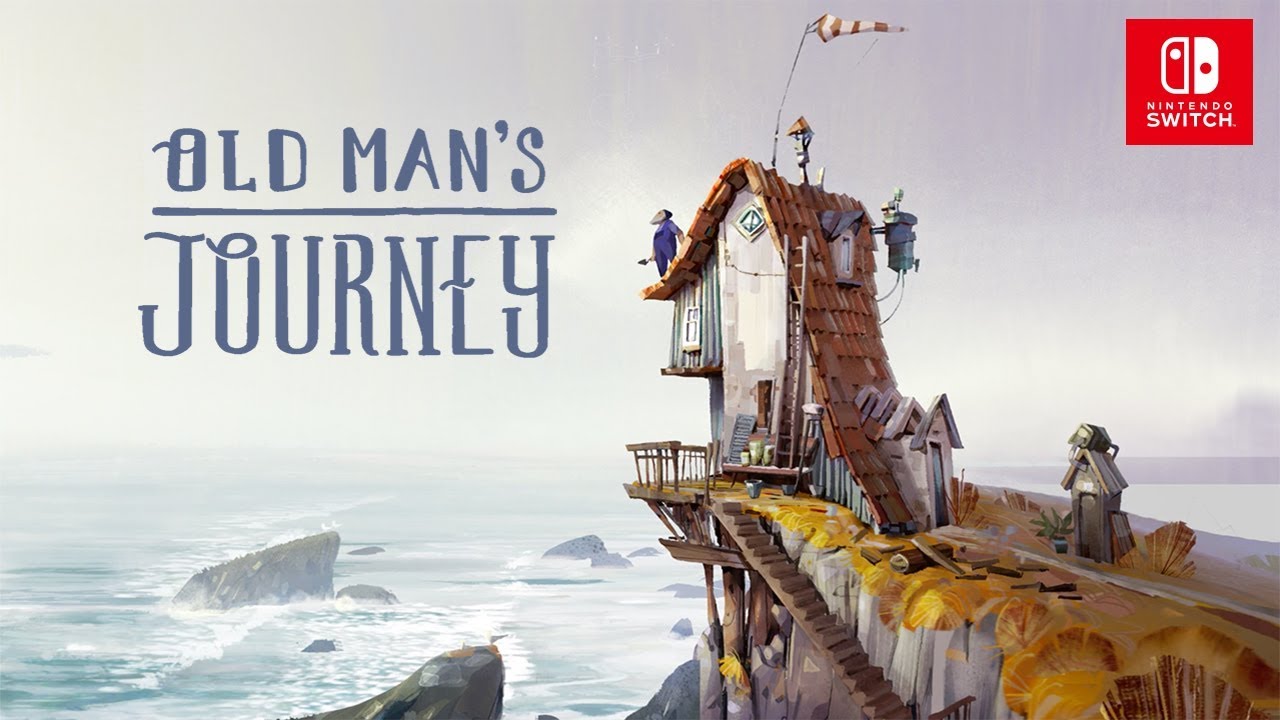 A short, but very well executed game with a story told with no dialogue at all throughout the game with a complementing soundtrack to the gameplay. It’s not a game for everyone but is a good addition to the puzzle genre on the Nintendo Switch