No Man’s Sky – the game that never was. The game’s initial release back in 2016 was a disaster, it suffered from internet-wide hatred, false advertisement, rapidly plummeting player numbers, the list goes on. Almost everything portrayed in the pre-release trailers was fake, players were left disappointed and Hello Games’ founder Sean Murray was made into an internet meme.

Almost everyone abandoned the game. Almost. There were those that loved the game for what it was, a brand new idea of endless exploration of unique planets in countless star systems. Being let loose in a procedurally generated universe with no loading screens was a great feeling. I particularly enjoyed scouring each planet to scan all of its animals and activating all of the knowledge stones.

It took months for Hello Games to even begin to bring the game back to how it was promised. Continuous patches on the PS4 exclusive game brought new features, like land vehicles and base building, but many thought it was too late. No Man’s Sky had already become the laughing stock of the gaming community.

On the 29th March, Sean Murray announced that a free update called the NEXT Update would be coming to PS4, PC, Xbox and WeGame, with it being the ‘largest update so far’. Nearly two months later, on the 18th May, it was confirmed the update would go live on July 24th and would include multiplayer features.

Now here we are, less than a week into what I’d call the most important update in a game, ever. As an Xbox gamer, I no longer have to go to my girlfriend’s house to play it on her brother’s PS4 being a minor difference, but a whole new set of travellers were created nonetheless. The update brings so much more to the game that wasn’t there before, with some saying it has fulfilled what was promised before released.

The game is Xbox One X enhanced, and it looks incredible – I don’t think I’ve ever seen a game that looks this good. I’m yet to play the game on a 4K TV, but even on a normal TV, I’ve fallen in love. Space itself is beautiful, and the game really captures that and portrays it in the colourful, vibrant worlds you come across.

The music and sound is perfect. At times, it really feels like you’re alone in the universe, which, unless you’re playing multiplayer, is the idea. At other times, for example when being chased by police-like sentinels, the music is tense –  again, perfect.

The controls are simple to learn and the gameplay is great, with the multiplayer gameplay being a great addition for players who thought the original game was too lonely. A new addition is the freighter feature, where you can store starships and resources and send freighters from your fleet to far away systems on missions taking up to four hours.

Different planets have different resources which are needed to craft and refuel different technologies. Many a time will you find yourself stuck on a toxic or radiation filled planet with no Di-hydrogen left to fuel your launch thrusters, in which case, you’ll be reloading a previous save. One word of advice, before landing on any planet, make sure you have enough resources to take off again.

The story, or more the option of a lack of story, is a great idea. Those that want to play through the story and find the source of the unknown transmissions you receive can do just that, while others, like me, can explore as many of the star systems as you wish on your journey to the galactic core. Different systems require different hyperdrive modifications, meaning some resources are unavailable until you unlock the blueprints for each kind.

The Sentinels are like the police in the game, with GTA-like wanted levels introduced if you interfere with planets too much. On some planets, there are no Sentinels while on others, they’ll attack you on sight. On most planets, if you mine some resources with a Sentinel nearby, they will scan you to keep an eye on you. You can either wait a few seconds for them to fly away and carry on, or carry on regardless.

If you choose to carry on mining while they scan you, you’ll get a wanted level and they’ll start attacking you, at which point you should probably run away. Leaving a planet’s atmosphere with a wanted level results in Sentinel starships chasing you. Depending on your style of play, the Sentinels are a great addition, especially if you’re after a challenge.

I really do struggle to find anything wrong with this game, the graphics are one of a kind, the story and idea is perfect and the endless universe is exactly what is great about exploration games. As a game I’ve loved from the start, this update represents the start of a new, exciting chapter in No Man’s Sky. 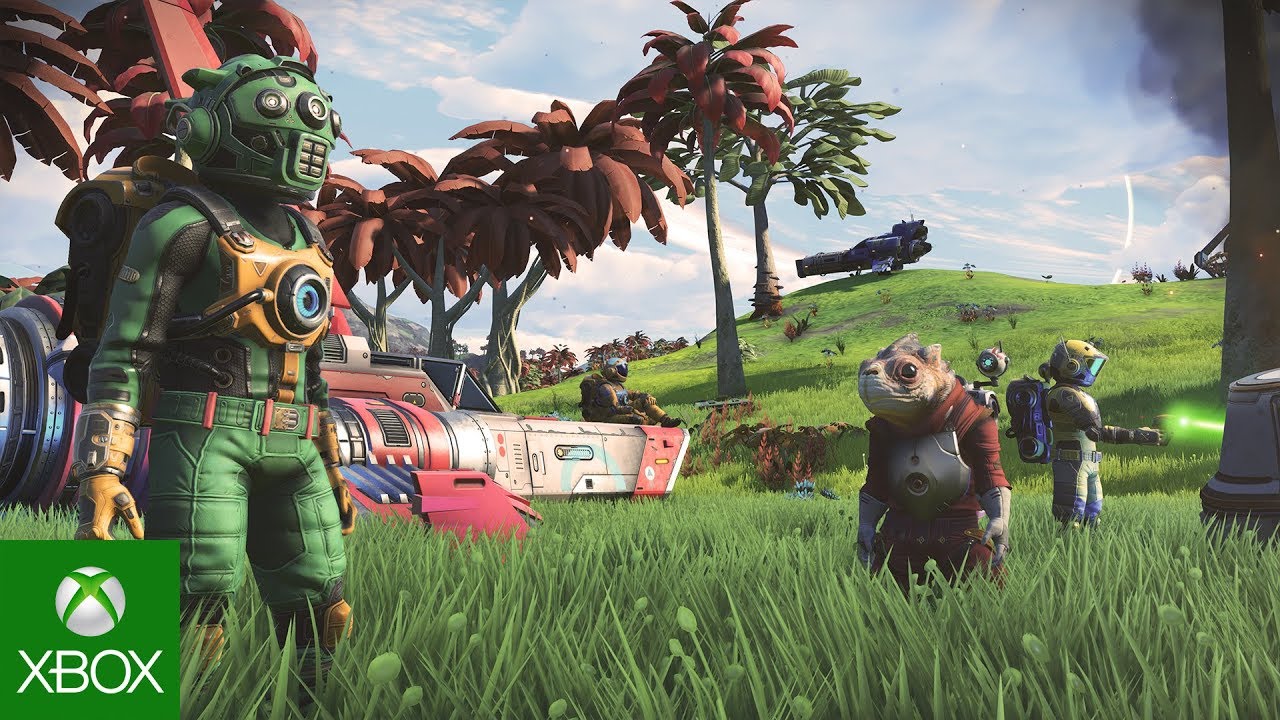 All photos in article are personal, for more like these, check out @NoMansPics.

A truly beautiful space exploration game with endless possibilities of unique planets. If you’re interested in space exploration, this game is definitely a game to get, as it gives you an idea of what could be out there in real life. Controls, sound and gameplay all great, with the story or lack thereof being one of the game’s key features.