Where do we start? They’re aren’t many Supercross and Motocross games in this generation of gaming, most motorsports games tend to be aimed at cars. Milestone thought it’s time a supercross game should be made, so they delivered with Monster Energy Supercross. We have kept a close eye on this title since it’s first announcement when we thought this looks promising.

Monster Energy Supercross is officially a licensed game, that means you get all the riders and locations from the North American Supercross circuit. You take part in the North American Supercross championship. Bizarrely, after some research we found a one missing track – Foxboro, Massachusetts is nowhere to be seen. Two retired tracks remain in the list of available tracks, these being the East Rutherford and New Jersey tracks. A small over sight that we can live with, as the game does boast 19 tracks in total!

This game has really shown me I’m still diabolically rubbish at motorbike games – always have and always will be I guess. I’m so glad it’s just a game as the amount of times my rider has face planted the dirt floor or landed badly, I cringe as the riders can fall from about 20-30 feet up in the air landing a like a rag doll! Ouch indeed.

The game lacks a proper tutorial, it simply has some descriptions on what do. You simply load up the game and get thrown in the deep end. You start off with a race and the game progresses from there, I can safely say I spent most of the time keeping last place company. Supercross is not a walk in the part at all as one small move of the rider or hitting a jump wrong can be so unforgiving. Hence my many encounters with the track surface.

I was disappointed to find there is no free play mode to help you to get to grips with the physics and feel of the game. With no free play mode, the options of gameplay are career, championship mode, single event, or time trials, the latter being the closest we will get to free play mode.

Championship mode allows you to recreate the 2017 Supercross season using one of the 22 actual racers who competed, or you can get creative and create your very own championship, with complete customisation of the track selections. Both options are great, but the best experience is career mode, giving you the options to create your very own rider. Take your rider and try to progress through the classes of bikes, starting off in 250SX before getting to the big toys, The 450SX class. As with most career modes, there’s always a limit on how far you can go, with only starting off in the lower class and getting to the top class. Supercross didn’t provide the urge to replay the career mode repeatedly.

The create-a-character is very limited. With just 10 faces to choose from – none of which are the best-looking faces in the world – along with body modifiers, the choice is very limited with just the height option being available. Disappointed to say the least, I was expecting more.

With the lack of actual body of the create a rider being so basic, the only way you can make your rider stand out is the gear for your rider! Milestone have gone to town with this part of the create a rider, giving you plenty of styles of protective clothing and helmets. There’s a but! You only have access to some of these at the start, most of them are locked until you win or complete certain criteria in online or career modes.

Let’s talk bikes. You have the option of six when you create your rider. You will have to choose wisely as this will be you ride, until you can afford to expand your collection of bike. Like the choice of clothes, the bike can be completely customized. When in career mode the appearance is determined by who is sponsoring your during your career. Once you have everything set for your rider you can set of your career path.

Supercross does offer online play, but lacks a match making facility, so get thrown in with players who are masters of the bike and then you get me who has only just come of stabilizers wobbling all over the place and eating dirt! There options to filter down the lobbies. This does increase the chance of not finding a game.

Sadly, the Supercross may look great graphically but is does have a few bugs and issues, the main one is frame drops causing major issues during a race. And the load times for some of the features in the game feel like they take a life time. One being the change of riders in the menu changing between them make the menu freeze or lag while the rider is being loaded. The game does need a bit more optimisation for it to run an its full potential. As with all games, developers use low res-texture to cut down graphical resource usage. These are normally items in the distance or objects you can get to close too. Unfortunately, the crown textures and track marshal textures are too noticeable not to mention.

The control system to the game is like all racing game, right trigger for acceleration, left trigger for brake, and the analogue stick for steering. After many attempts and setting changes we found the physics for the bikers so inconstant as each movement would make you do something different like through you off, or delayed reaction to the steering, this can happen all the time even though you did the same last time round. Hopefully this is known issue and is on the list to be fixed.

We found the issues a disappointment as this take the lime light away from Monster energy Supercross being a top title.

There is one feature that may draw you in to the game, that’s the ability to create you own tracks in the track editor. There is eight different arenas/stadiums to create your track in. with the choice of the locations you also have the variations of shapes of the location, large indoor rectangles to small outdoor diamond-shaped stadiums, once you have the locations set up you have total control of what you want your track to look like by adding big jumps, bridges, sharp bend and much more. We would recommend having a look at the track editor for yourself.

It’s simple to grasp and I can test my track at any point during its development, but there’s no easy delete button, so going back and changing prior parts of the track can be cumbersome. The free camera option is a great addition as it gives me a better look at the flow of my track, but true mastery of this is going to take hours of studying the included tracks to see just what goes into giving a Supercross track its flow. As a reminder, the track editor feature is not included with the Switch version of the game.

With this being the first go at the license from Milestone, the title doesn’t come anywhere close to meeting the potential the game really has, iron out a few issues maybe add match making in to the game they will be on to a winner. But at the moment we would say wait until these small issue are fixed. 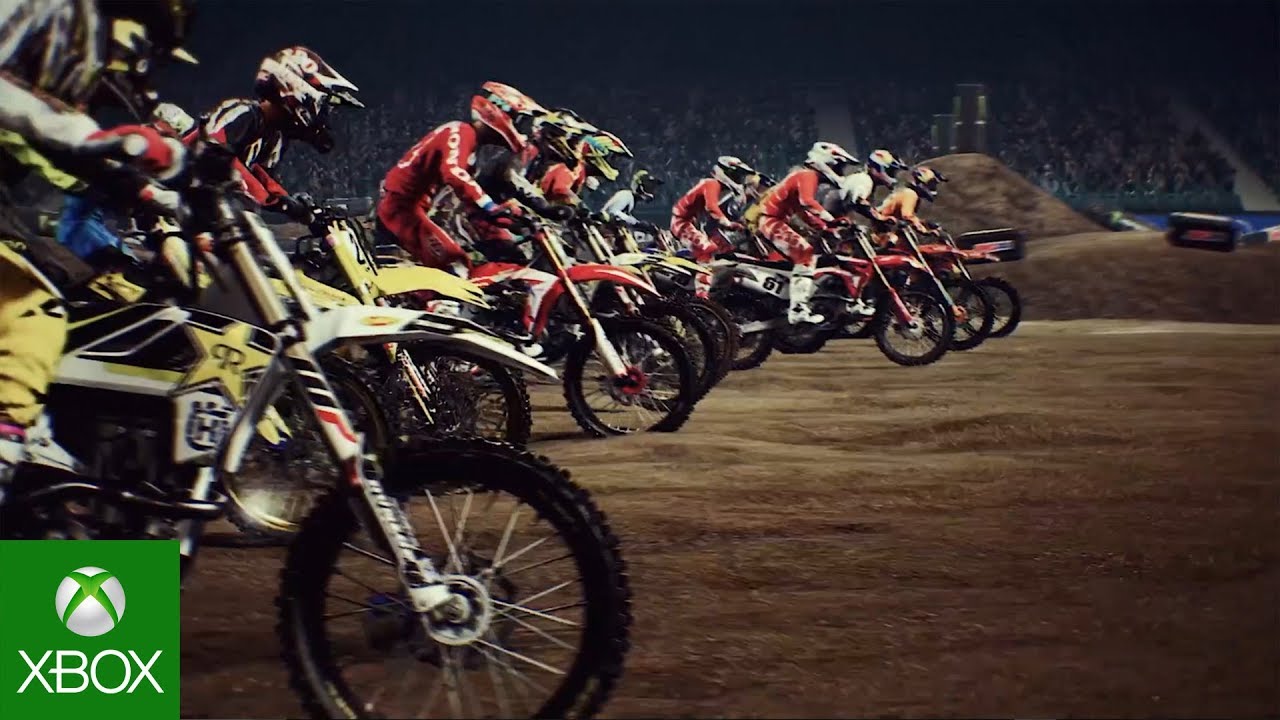 A genre of game that should be filled with fast action racing going around dirt tracks and aiming for the win, with some issues that effect the overall enjoyment of the game and taking away its full potential.

Maybe a title to visit at a later date after a bug fix and a few updates.