There’s no escaping that Lego Worlds has similarities to Mojangs Minecraft. Of course, Lego Worlds also taps into the minds of the players’ imagination. One thing that stands out for us, every parent will know how bloody painful it is to stand on one of your children’s Lego bricks! Lego Worlds takes the element away completely – I can walk around my house easily and pain free. Good job on that part TT Games.

Having two years of early access on PC, it allowed TT Games to work on the title we now have on Xbox One & PlayStation 4. What makes Lego Worlds slightly different from Minecraft is that the exploration is different. Lego Worlds offers more worlds or biomes to visit within one game, whereas Minecraft is one large world with only the nether and end to visit.

Obviously, there is a catch – you can’t just go wandering round random Lego world biomes, you do have to complete several missions in the worlds helping NPC’s with builds, finding bricks, finding characters – the list is endless – all to earn the gold bricks allowing you to visit new worlds. With the missions brings discovery, as you do have one of a few strange contraptions to aid you; this being the Discovery tool. This is to help discover new items that go into your inventory once discovered. Once in your inventory you can use the same in game credit system as in The Lego Movie game and previous Lego Titles to purchase the items to place in any of the worlds you have opened or visited. The only limit that stops you placing items is not having enough credits.

With the Discovery tool comes the other tools: the copy tool, the building tool, the paint tool and the landscaping tool. These will be your friend or foe during the game. We say foe as it does take a good few goes at getting used to the fiddly controls and can be frustrating as it’s not as simple as placing Lego bricks together. Once you get the concept of them you should be able to build, paint and landscape. You are aided by a narrator who helps describe the use of each tool or anything you happen to come across.

You also have the option to fully customise you character. Once items are discovered you can change your attire, hair style, face and much more.

TT Games have enabled the player to explore and get rewarded for doing so. Just like finding diamonds in Minecraft. As you explore you can come across chests hidden around the biomes that hold a variety of goodies! You can gain Lego plans to build many of the real-world Lego items. We found this a nice little touch to the game.

Lego Worlds also offers an easier way to explore the vast number of biomes in the form of vehicles. Yes, there is more than just a Minecart, unless you play the PC version of Minecraft. Lego Worlds has many vehicles available, cars, tractors, earth movers and many more! You also have the option to ride animals, pigs, cows, the standard horse option and elephants.

TT Games have covered the discovery and exploration well with many options to aid you along you Lego journey.

There was one issue we came across in our experience with Lego Worlds. The issue being for us, was a mission not activating when the required button was pressed. This resulted in us restarting the entire save again. This may have been a small glitch in the gameplay. It gets us thinking, could this occur again at further point in the game? Unfortunately, it did, resulting in loading the save file again. Was it just a momentary issue or is it a known issue? If this is large scale issue we are sure TT Games would address it and send out an update to fix this.

Overall this didn’t taint the gameplay that much, as we really got into the game and found some elements comical, even some of the narration.

We do feel Lego Worlds is not as polished or refined as previous titles. Worlds isn’t a pure sandbox building game it sets out to be to take on rival titles in this category. Even though TT Games took it out of Early Access on Steam, they still plan on making the game a better experience on all platforms. The option to bring user created items to game will be a massive step forward. As with most game titles that enable user created items, we can see this taking time to come to the game.

Just based on the game as it is, Lego Worlds offers enjoyment throughout all the biomes visited, with many tasks and missions to keep you occupied while exploring and finding rewards. Once the fiddly control system is mastered you will become that ‘Master Builder’ you dreamed of. So without further ado where’s that sound track… Everything is Awesome. 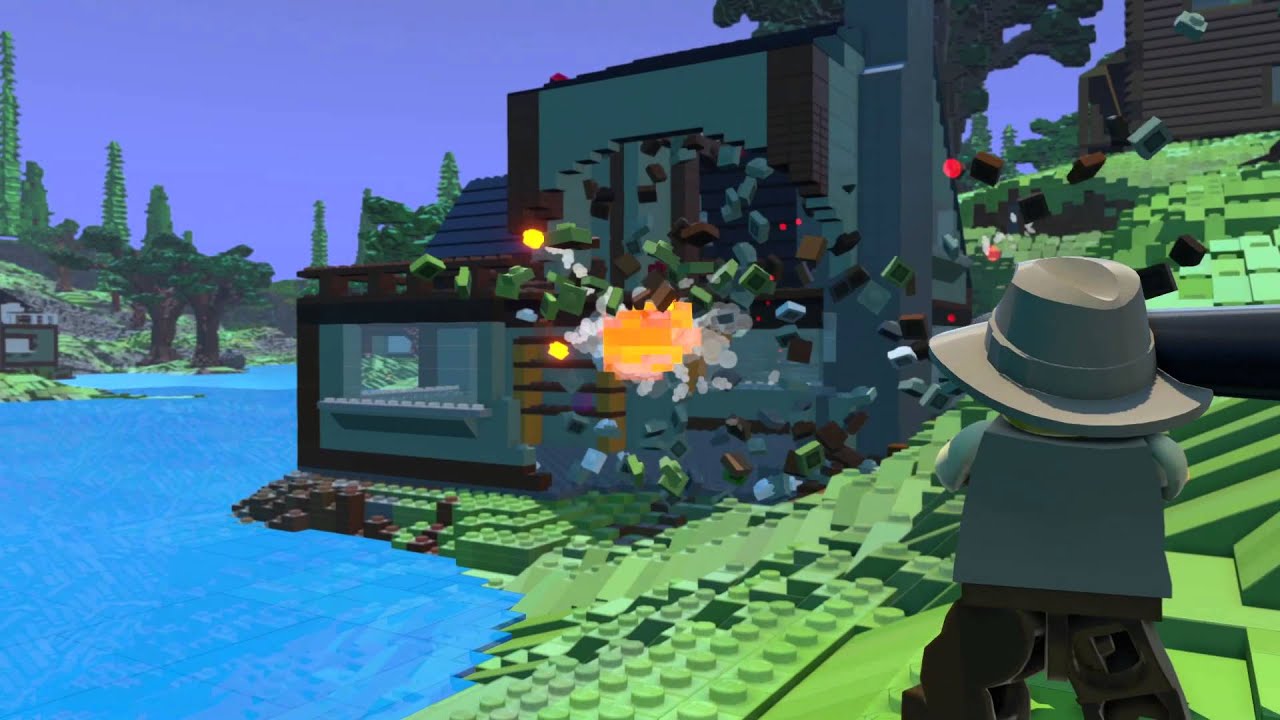 Lego Worlds offers the adventure and exploring of many Lego Biomes, collecting a large amount of Lego Items and completing missions to gain rewards. We hope the future of the game will get better with continued support from TT Games.