Over the last decade, the video games market is at a point of saturation with Lego titles. And whilst this is by no means a bad thing, the premise has largely remained the same since the humble roots of Lego Star Wars two console generations ago. One of the latest entries into the series is a movie tie-in – The Lego Ninjago Movie: The Video Game. Admittedly, I know very little about the franchise other than going into this game. I knew it was a range of Lego. I knew there was some form of movie out there. But with my own assumptions, I deciphered that it involves some form of Ninja gameplay.  Aren’t I clever. On the flip side, what I am going into this game with is a deep knowledge of past Lego games having played all but a couple from the series past. So, we’re not totally blind for the road ahead, but is it a road worth taking?

The first thing to note surrounding the background of Ninjago is that this is not a direct follow on from the TV series, but set in the Lego universe alongside The Lego Movie and The Lego batman Movie. Lego Ninjago city is under a barrage of attack from the evil Garmadon. And with him he brings a whole range of minions and contraptions to try and take the city under siege. Protecting the city is where you come in. A hit squad of Ninjago experts, complete with colour co-ordination and giant mechs. This sounds familiar, yes? There is a distinct Power Rangers feel to the game, albeit in a different universe but again, this is no bad thing.

The story itself hinges on the constant attacks of Garmadon and the heroes mission to save the day. It’s by no means original. It’s by no means stellar, but it does offer comedic moments, and a draw to play through to the end. You may also find yourself wanting to check out the movie too.

Gameplay in Lego Ninjago is at it’s core, everything you’d expect from the franchise. But it also expands greatly. There’s a lot more focus on combat than any previous Lego title. Enough to almost brandish the title as an open world beat ’em up. What makes this slightly different from previous combat in the Lego franchise is a slew of movies to build combos, and the fact that you don’t always have to defeat enemies to progress through a chapter. The moves themselves feel fast, fluid and fun to pull off. And although this may become slightly tiresome nearer the closing stages of the game, it’s still highly rewarding to string together a 100+ combo.

The open world is set around Ninjago city and whilst not on as large as previous open world titles this generation in terms of size, offers a fun area with a lot to do. The city is split into hub sections which will track your progress through the game. In terms of environments, the levels are reasonably varied and all offer their own challenges and puzzles. There’s also, as you would expect, a huge roster of characters to unlock. And of course, they come with their own special abilities adding replay value for those who love to play beyond the story and 100% their games.

The flow to each chapter feels just right, with less emphasise on smashing everything in sight and more on progression. As with previous titles, you’ll need to build a variety of objects to help you through the way, but the pacing sees a bit less building and more focusing on combat, platforming, and puzzles. The main story can be beaten in around 8 hours give or take, and it’s not the most comprehensive in terms of scale, but the gameplay feels a lot fresher thanks to the combat elements.

Graphically, Lego Ninjago looks superb. Bright colours, fast combat and the little attention to details have really excelled the franchise this generation in terms of looks. The soundtrack accompanying Ninjago is also just as pleasing and what you would expect from a Lego game.

There is a stack to do after you complete the main story and you can easily double your time in Ninjago city as you work yourself around each area. Free play becomes available for each chapter after completion but this is always best left until you have unlocked all abilities before you go for the 100%

Travellers Tales Lego Ninjago Movie is exactly what you would expect from a game in the franchise. And aided by a different theme from previous entries, has enabled it to feel fresh, yet satisfyingly the same. There has been worry that not enough progression was being made over the last few years but Ninjago has put the acceleration on innovation within the Lego video game universe. And whilst still not without some minor flaws, has set the bar for future releases. 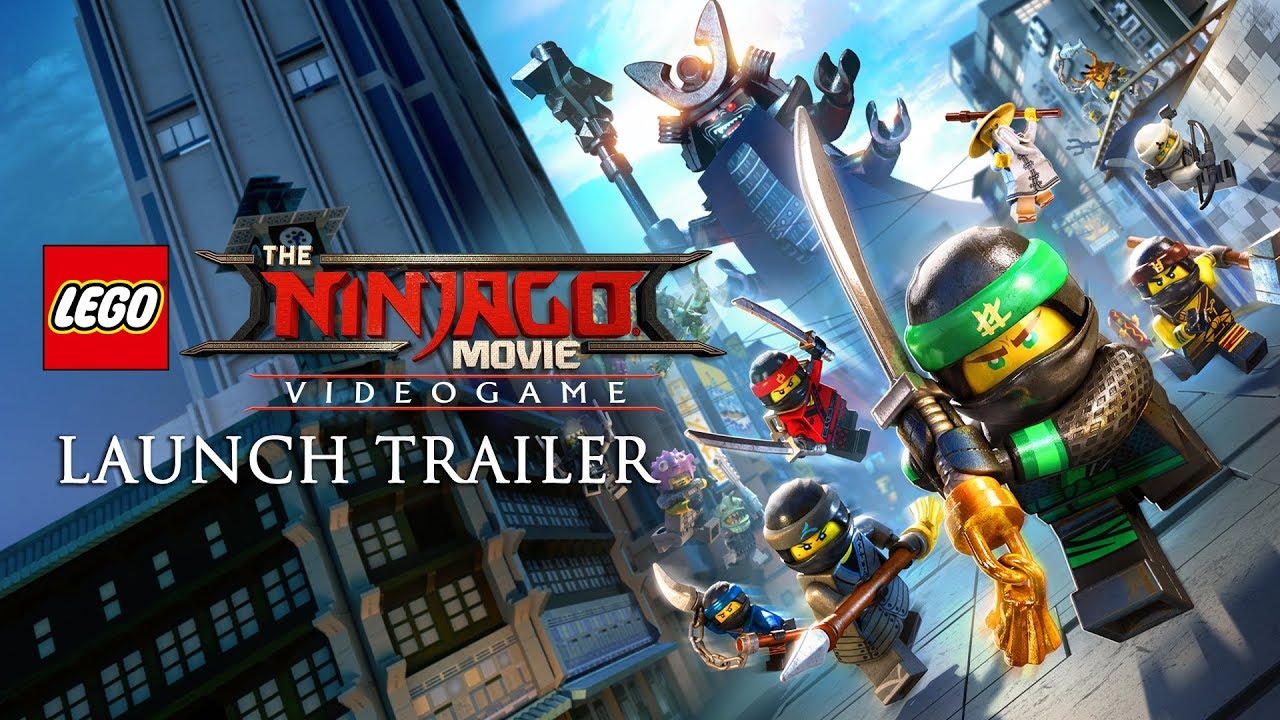 Travellers Tales have managed to create a Lego title that retains all the charm we have grown to love, whilst bringing in a fresh coat of paint. The combat elements offer the strongest battle element of any title in the franchise and whilst the story is not original, not overly compelling, Ninjago is just too much fun to put down.