Occasionally we see a game that’s a little different from the normal; whether it has a new game mechanic built in, an old story redefined, or even an old idea that’s just been done very well. iO is the latter – a simple physics-based puzzle platformer that, thanks to its large selection of puzzles and very basic control scheme, manages to keep your attention for a lot longer than you think it might. Developed by Gamious, iO originally began its life as a simple prototype at Global Game Jam, way back in 2012. Since then, it’s continued to grow and expand into a 150+ level game that’s now available on multiple platforms.

The game itself is amazingly simple; get your little wheel from the start position to the green exit. Along the way, however, you will need to traverse a minefield of problems, from holes that you can’t fit through, right up to areas that can destroy you. Speed, timing and above all, a good amount of quick thinking is all that is required. Sounds easy enough, right?

The game begins, like most, with a simple tutorial that walks you through the controls. You’ll not find any complicated button layouts here, instead, you have the option of either going forwards, backwards, grow or shrink. Mastering this is a lot more difficult than it sounds, with quick reflexes and fluid motions required in each level. And it’s this fluidity that makes iO so much fun to play, but it’s also where most of its issues lie. The need to be constantly altering your wheel’s size and speed, whilst also avoiding the obstacles, makes for a frustratingly complicated game, that at times, just doesn’t feel right. This lack of feeling is felt mainly when you are altering the wheels size; it gives a kind of empty uncontrolled feeling, and as such, makes the whole notion of speed running each level extremely tricky.

The unintuitive feel of changing size is not the games biggest failing – that award goes to the screen’s zoom mechanic. Every time you alter the size of your disk, the screen will either zoom in or out. This adds nothing more than confusion to this already difficult game. Once zoomed in, for example, you can no longer see any of the stages in front of you, having to then rely on either luck or memory to assist you in passing whatever obstacle is about to come your way. Most of the time, what happens next is purely down to luck. This frustration is emphasised even more on the later stages, especially those with moving parts.

iO keeps you coming back for more, even with the aforementioned problems. The early levels do get a bit monotonous, with the more simple puzzles grinding away at you until you finally get past them. The more complex levels later on will see you tearing your hair out when you fail to pass them. If you do get ‘too’ stuck you can always skip to the next level! Having all levels unlocked from the very beginning is a nice touch, as too many games lock you into some form of an unlocking tree, leaving you generally frustrated when you can’t progress any further.

While iO has it’s bad points, it’s actually a very good physics platformer based around simplicity. With basic graphics and no real soundtrack, the game’s focus on complex puzzles over visuals pays off, with just the right amount of difficulty to keep most people occupied. That said, it’s not a game for everyone; if you’re  not a fan of this genre, then iO isn’t the game to turn you. If you are however looking for a casual physics game that will help keep the old grey matter on track, this is going to be the game for you. 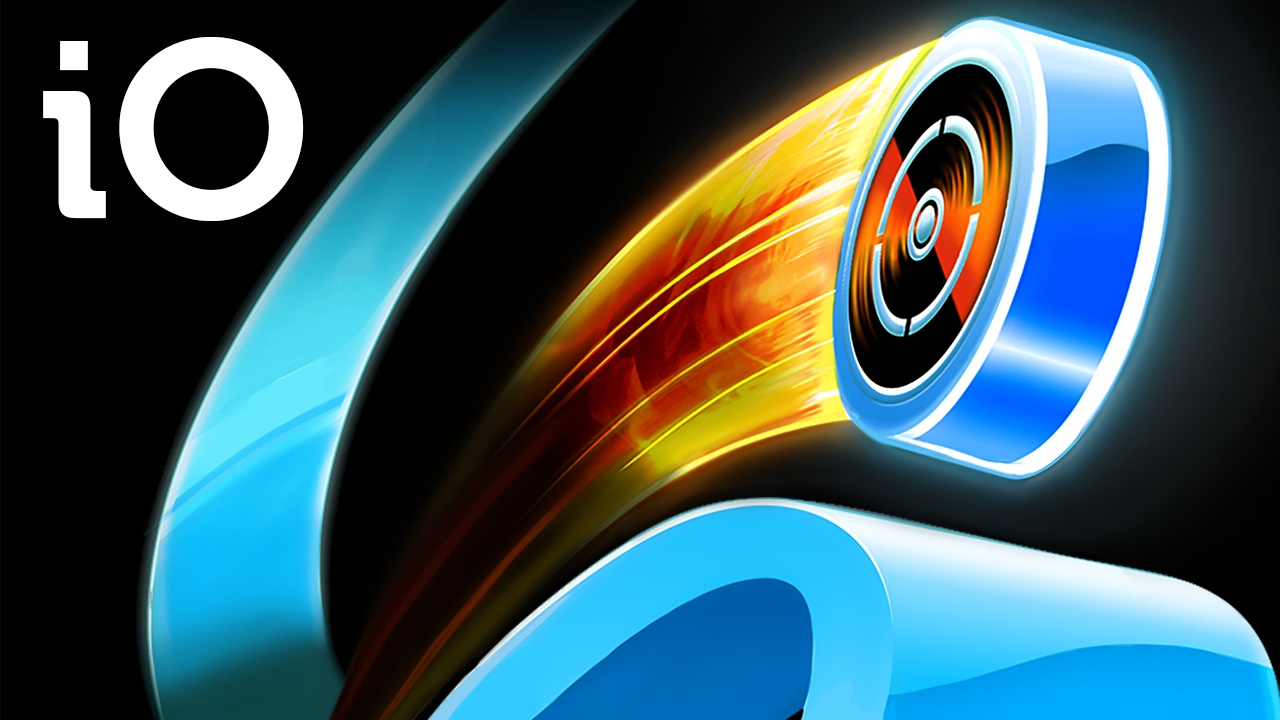 iO is available now on –

With simple controls and enough complexity to keep you thinking, iO is the casual physics game that holds its own.