Yesterday, a video was leaked by a Reddit user which shows an incredible AAA-quality Harry Potter game.

The Reddit user, VapeThisBro, stated he captured the footage from a focus group. He described the game as a third-person, open-world action game where you customize your own fifth-year wizard at Hogwarts.

“Set in the 19th Century (1800’s) Wizarding World, this 3rd person open-world action RPG game centers around your character with unique abilities who has earned a late acceptance to Hogwarts School of Witchcraft and Wizardry. You are a newly arrived 5th year student to Hogwarts that demonstrates a latent gift for magic with a unique ability to track and identify remnants of a pottant [sic] ancient power.

Upon arrival, strange events begin to materialize In the Forbidden Forrest and trouble begins o brew within the castle walls. Together with Professor Elezar Fig, you embark on a journey through both familiar and never before seen locations to bring to light the truth behind these mysterious occurrences.

On your quest you will craft potions, master new spells, and discover fantastical beasts. You will battle Dark Wizards, Goblins, and other supernatural enemies and uncover the truth about your destiny – the Fate of the Wizarding World lies in your hands.

Warner Bros. has since pulled the original video from Youtube, confirming the legitimacy.

BBC News Reporter Lizo Mzimba has revealed the name of the game to be Harry Potter: Magic Awakened.

Am told this is from a yet to be announced RPG currently titled Harry Potter Magic Awakened, although other titles including Magic Forever are also in the mix. Other Potter games are also thought to be on the way @TomPhillipsEG @ComicBook #HarryPotterMagicAwakened #HarryPotter https://t.co/bgXliE0Hme 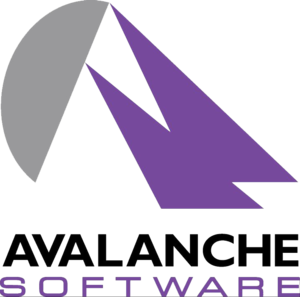 In the quest to identify the developer of the Harry Potter game of our dreams, fans first believed Arkham developer Rocksteady Studios was behind the project. Rocksteady has recently been hiring for a new game with British elements. Now, fingers are pointing at Avalanche Software. The Utah-based company that was formerly owned by Disney before it was briefly shut down in 2016, was revived early 2017 by Warner Bros. Job listings from that time show they were looking for “a talented storyteller with a deep understanding of British culture and grammatical presentation.”

What do you think of the leaked footage and the possibility of a Harry Potter RPG in the next year or two? Let us know below in the comments.

25-year-old Father/Gaming Connoisseur. Born and Raised inside a Compaq Desktop.