Developed by Future Games, a Ubisoft studio based in London, you will rise through the ranks of the food chain.  You begin as a small shark in a big ocean, eating until you eventually progress into a the most deadly predator in all the ocean. In this jawsome new adventure, you will explore four unique worlds. Including sunken temples and tropical islands. While playing the game, you will be able to complete more than two hundred and fifty epic adventure. The game has twenty distinct sharks you are able to control, all with their own unique play style and characteristics.

As players venture into the depths, they will discover new parts of expansive levels. Each with unique enemies and hidden treasure, the game is filled with enjoyable content. However, don’t think the game will be a walk in the park. There are a variety of fearsome bosses such as gruesome goblin sharks and giant squid you will defeat in order to unlock cool rewards.

Built specifically for console, the game features fully optimized gamepad controls. The game looks stunning as it runs in 4K and provides enhanced graphics on both PS4 Pro and Xbox One X. 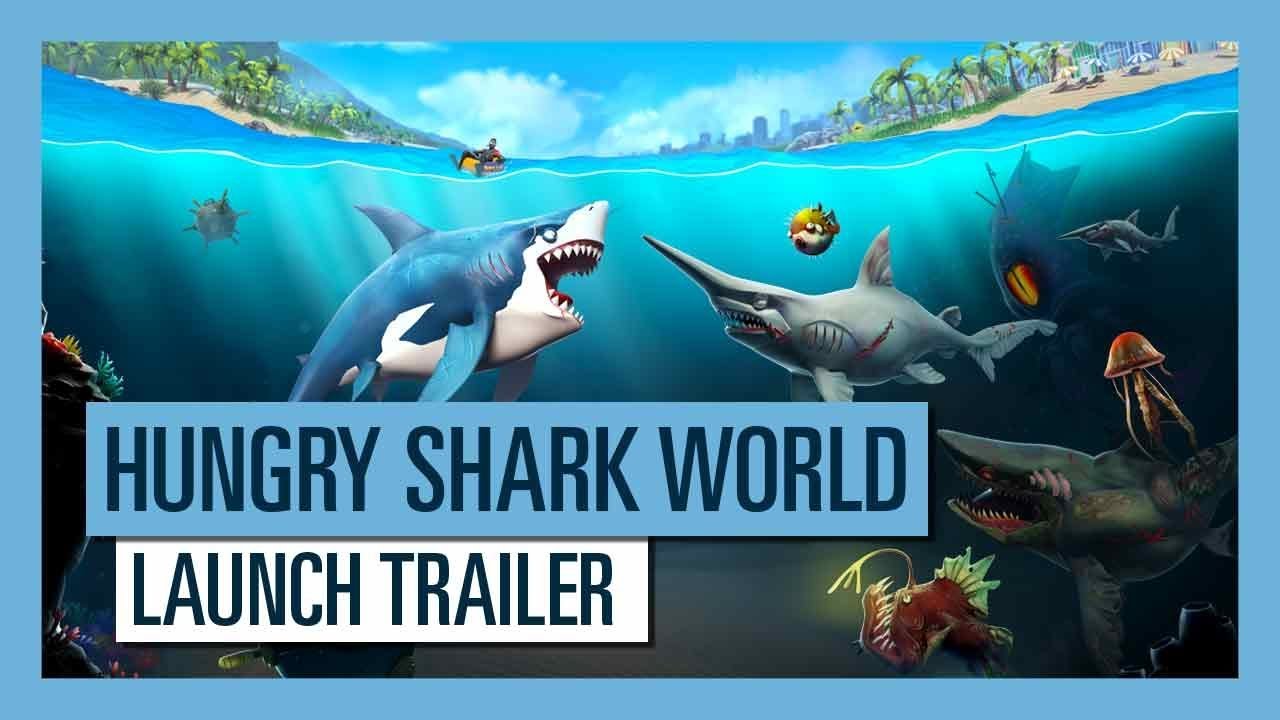 Hungry Shark world released today on Xbox One, PlayStation 4 and Nintendo Switch for £7.99