Dammit, not again. Got all my balls in the right place except one.

Yes, Grid Mania is a sliding block puzzle game. It’s another ‘simple to play, hard to master’ game that puzzle-heads like us here at Any Button Gaming just love.

In casual puzzle mode, Grid Mania offers the kind of pick-up-during-an-advert-break gaming that’ll mean you’re likely to miss the rest of whatever TV programme you were watching. The concept is simple – move your balls around so that they are sitting on the tiles of a matching colour. Simple, and utterly absorbing.

The trick is that you can only move a whole column, or whole row. You want to move that blue ball down one place so it’s sitting on the blue tile? Great. But the red ball that was sitting on the red tile two spaces above it is going to move, too. Moving a ball off an edge of the grid will cause it to wrap around to the opposite side.

[mks_pullquote align=”right” width=”300″ size=”24″ bg_color=”#000000″ txt_color=”#ffffff”]”There’s nothing hidden, no complex mechanics, no secret trick. If you can’t solve a puzzle, it’s because you haven’t yet thought hard enough about it.”[/mks_pullquote]Things start off simply, as you’d hope. A few easy levels with a small number of balls and tiles, and just two colours to match. Things soon ramp up, and by level 26 – oh, level 26 how we hate you – you’re facing multiple colours, immovable blocks and a level so rammed with balls there’s barely room to think your way around the challenge you’re facing.

Solutions are somehow, sometimes, things that are felt rather than discovered through logical thinking. Like any sliding block puzzle or Rubix Cube there are rules; specific patterns of moves that will swap two balls while leaving the others untouched, for example. And just as you learn these, the introduction of another colour or an immovable block throws your carefully-thought-through solution to the dogs. Clever game.

There’s most definitely a sense of satisfaction on completing a level – of which there are 52 in casual puzzle mode; interestingly, we were as pleased with the game as we were with ourselves. It was almost as if Grid Mania was a puppy that learned a new trick with each level and we, as proud pupper parents, couldn’t help but say, “Whoosa good dog! Whoosit? Is it you? You’re a good dog! Yes you are!”

Most puzzle games have us searching for a physical object to hurl in frustration, but Grid Mania felt different. And our emotional link to the game allowed us to forgive the occasional misstep, just as we’d forgive the occasional chewed slipper. Some might bemoan the relatively small number of levels on offer, or the occasionally annoying music, but the complexity created from a very simple premise and clear set of rules more than makes up for any minor issues.

Alongside Casual Puzzle, there are three other game modes to get your teeth into. Quick Challenge sets a move limit, meaning you often have to find the perfect solution for each level. Grid Madness adds a match-three element – line up three balls of the same colour in adjacent squares and they’ll disappear, colouring the tiles they occupied in the process. Simply colour all the tiles in the level to progress. And don’t expect things to remain simple for long.

Finally, Chain Reaction asks you to complete chains of balls of the same colour, keeping each chain anchored in a colour-matched square. Again. what initially seems simple rapidly becomes a head-scratching affair.

There’s a lot to like in the FX Valley-developed and QubicGames-published puzzler. It’s a game that’s perfectly suited to the Switch’s undocked mode, as touch controls are much more intuitive than (still serviceable) Joy-Con control, and it’s a true pick-up-and-play pleaser.

We have fallen a little bit in love with Grid Mania. 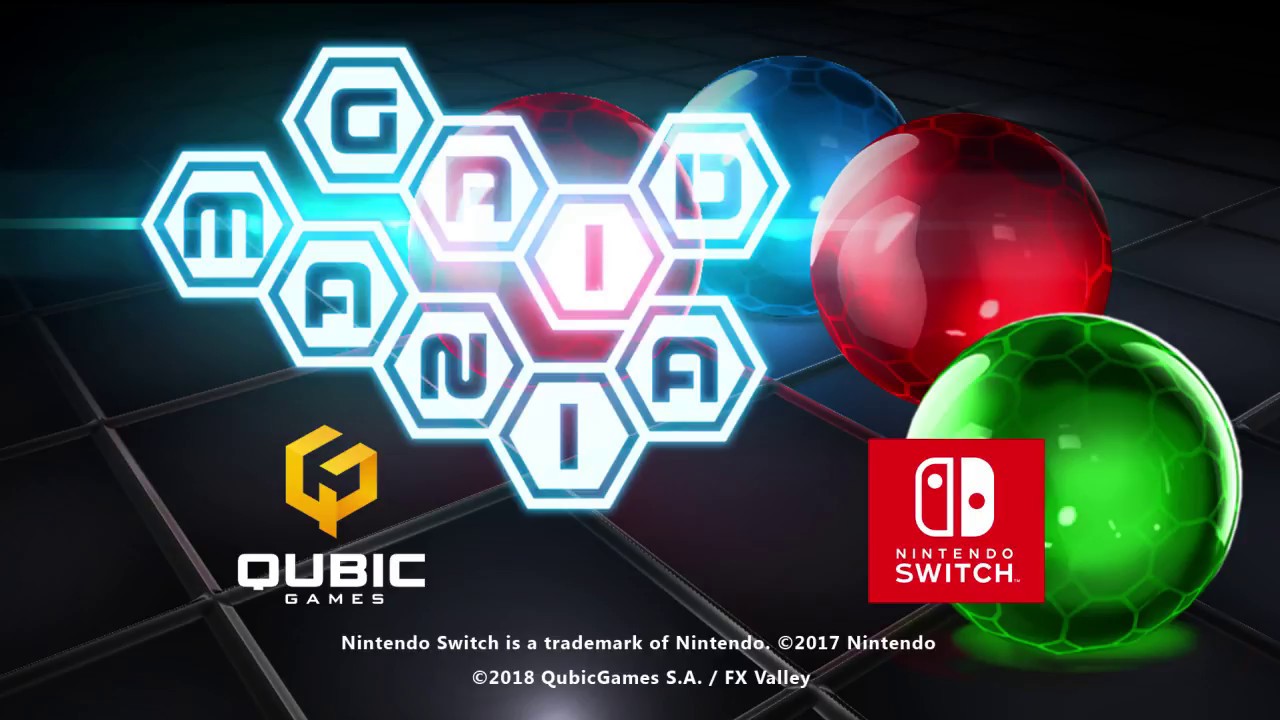 Simple puzzling doesn't get simpler, or more complex, than this.

There’s absolutely nothing genre-defying or revolutionary about Grid Mania, but sometimes we just want our puzzles to be sitting there, staring us in the face, and daring us to solve them. Grid Mania provides that experience. There’s nothing hidden, no complex mechanics, no secret trick. If you can’t solve a puzzle, it’s because you haven’t yet thought hard enough about it.

Or stumbled through it in sheer blind luck.

And you know what, it’s less than four quid for over 170 levels of puzzling. It’s almost an impulse buy.

It’s an impulse you won’t regret. Just as I’ll never regret writing ‘rammed with balls’ in this review.