Top 5 Cozy Games From 2022 Worth Playing

So if you follow us you may have seen our preview of Graveyard Keeper. Well, now the actual game is released so let’s take another look.

Graveyard Keeper is the most inaccurate medieval cemetery management sim of the year. Build & manage your own graveyard while finding shortcuts to cut costs, expand into entertainment with witch-burning festivals, and scare nearby villagers into attending church. This is a game of capitalism and doing whatever it takes to build a thriving business. Face ethical dilemmas. Do you really want to spend money on that proper hotdog meat for the festival when you have so many resources lying around? Gather valuable resources & craft new items. Expand your Graveyard into a thriving business, go ahead and gather valuable resources scattered in the surrounding areas, and explore what this land has to offer.

After playing this game it’s easy to make comparisons to other village management sims like Stardew Valley with neighbouring towns and a villager relationship system which can provide extra quests.

However that’s where most of the comparisons end. Almost everything you need or want to do in Graveyard Keeper requires multiple steps. This ranges from completing another goal first to interacting with a certain, hard-to-find character. There aren’t many simple gathering or fetch quests here. Instead, you’ll dig up the past lives of other townspeople, uncover dark secrets and even fight your way through dark dungeons.

The villagers don’t feel friendly and comforting, like they do in Stardew, and from the game’s opening moments it’s clear something isn’t right. Strange things happen in this town and the needs of it’s inhabitants are much more obscure…

You play as the caretaker of a small village cemetery, and you’re tasked with managing the inflow of the dead. This isn’t the main goal, however, as with games like the aforementioned Stardew Valley; your true goal is to make a living and help grow your village…or graveyard.

Make business alliances. These dead bodies don’t need all that blood, do they? Why not sell it to someone who can put it to good use. Same for body parts. Hey, it’s being efficient with recycling! Explore mysterious dungeons. No medieval game would be complete without these. Take a trip into the unknown and find useful new ingredients which may or may not poison a whole bunch of nearby villagers.

So you will find you do plenty more than drag bodies around, because although the game is touted as being an inaccurate cemetery sim, it has a lot more management gameplay hidden underneath. Graveyard Keeper is also about doing whatever it takes to build a thriving business and you may have to bend a few rules to keep yourself in the black.

Yes, you have graves to dig and maintain but you’ve also got crops to collect, gear to craft and dungeons to explore. As well as burying bodies, you can also autopsy them to harvest various pieces and put them to a more productive use (this is where the more mature and obscure resident needs come in). Also because your cemetery is technically holy ground, you can find work in the clergy swindling tithes and spreading rumors. 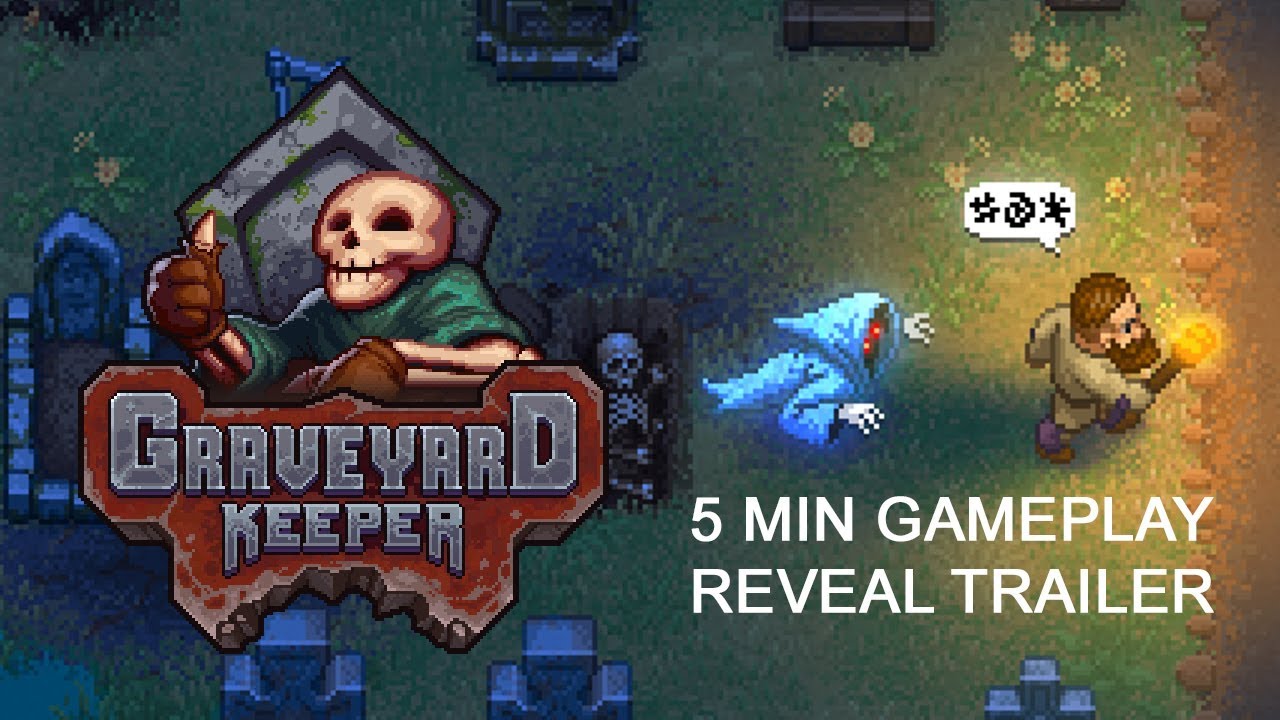 Selling and buying things from a character helps them to evolve and become richer. This, in turn, allows the city to thrive and evolve which attracts more people to the town and also your church. You can also increase profits from the village by giving a sermon about how important small businesses are.

Lazy Bear Games have done a great job with the pixel art graphics and sound design, bringing back the nostalgia of 90’s era games but looking fresh and new at the same time due to its lighting and weather effects. Graveyard Keeper is up there with the best of them when it comes to nostalgia inducing fun as long as you have the patience.

The full release seems to have fixed most of the buggy issues I encountered whilst playing the Alpha. The Devs have taken on board the issues raised and seem to have solved them to make for a smooth experience. Graveyard Keeper is a tough management sim and will take time and dedication. It doesn’t hold your hand through its steep learning curve and for some this could be a downfall. However, if you have a dark sense of humour and a love for intricate skill trees then this may be the game for you.

Graveyard Keeper is available on Xbox One via Gamepass and PC.

Too Much Management - Not Enough Fun

Fun and Colourful but Patience needed

Graveyard Keeper can be a fun game, if you have the time to invest in it and the patience to see some of the more tedious tasks through. It’s surprisingly bright and colourful yet somehow remains dark and haunting. There is a very steep learning curve and a skill tree that will seem overwhelming for newcomers to the genre. It’s one for players who are experienced in management games with a darker sense of humour.