This morning, at around 11:00 GMT, @FortniteGame on Twitter revealed the new patch update V.2.5.0 has been released. After the shambles of the big crash a few weeks ago, its nice to see the downtime only lasted 2 hours instead of the seemingly 2 days last time.

Along with the tweet, @FortniteGame also included the patch notes for the update – this one’s filled with plenty of new stuff for both the Save the World mode and the wildly popular Battle Royale mode.

Starting with the general fixes, ‘Enabled dynamic resolution and high quality temporal unsampling on PS4 and Xbox One’ went straight over my head, so helpfully its followed with ‘Dynamic resolution gives more consistent framerate during heavy combat’. Also, Xbox One X players will be happy to know that ‘Full 4K resolution is now supported’. Distinctive sound variations between materials will tell you if you’re building from wood, stone or metal and plenty of more technical stuff also get a mention.

A bug fix exclusively to the PS4, Epic Games have resolved an issue where ‘patches took longer to download than they should.’

Moving onto the Battle Royale updates, a new grenade, the Impulse Grenade has been added. It is of blue rarity and can only be found in chests and supply drops, so can’t be found on the floor. The video trailer for the new grenade makes this look like an interesting addition, launching players away from the explosion. This could be handy when clearing out bases near the end of the game, but I’d give it 2 or 3 days before some of the more gifted people use it to launch upwards for a new sniper trick-shot. 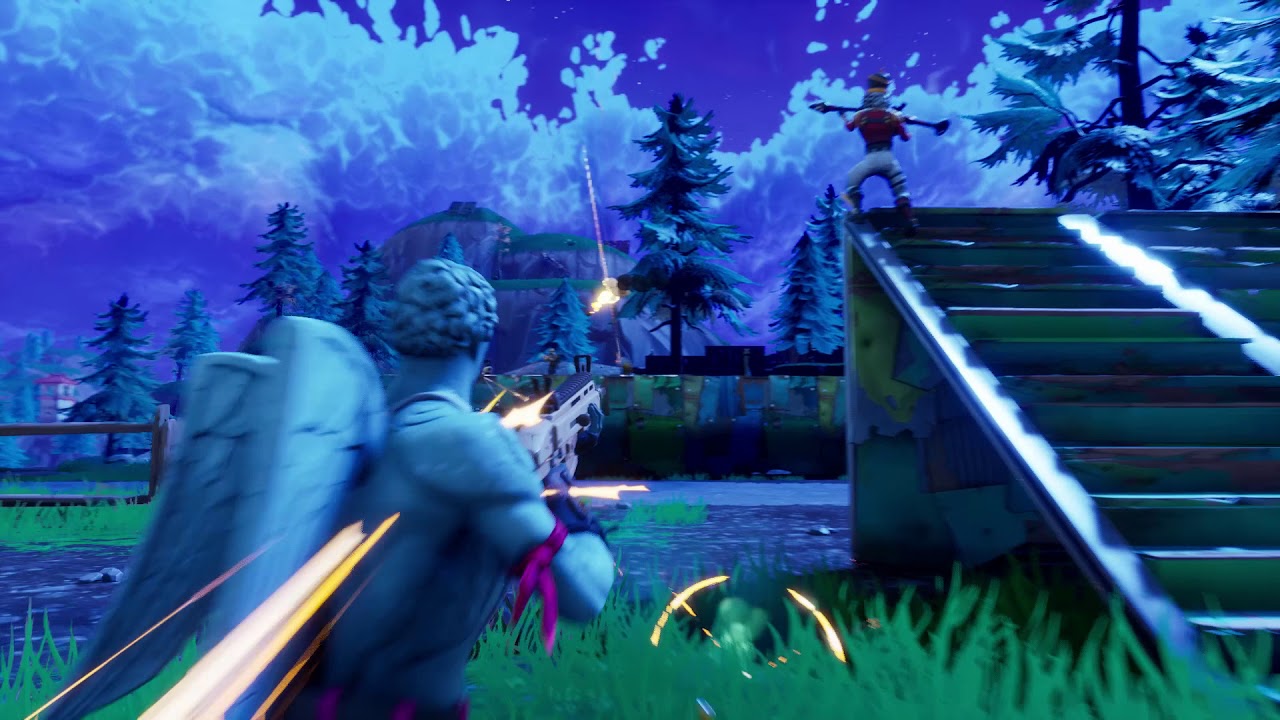 There’s been a bit of a rework to the Scoped Assault Rifle – it is now perfectly accurate when scoped and headshot damage has been decreased from 250% to 200%. The revolver now uses medium ammo, and plenty of drop chance changes – Crossbow dropped by 20%, Minigun dropped by 12.5% and the Chug Jug by 15%. The white, green and blue variants of the SMG have been removed, while the Tactical SMG has a magazine size increase from 30 to 35, and the firing rate increased from 10 to 13. Also added are Shrines, new structures around the map that could house chests and other loot.

There are plenty of bug fixes for all platforms on Battle Royale in this update, ‘Fixed sniper rifles occasionally not registering hits when aiming downward with high network latency’, ‘Fixed an issue with projectiles failing to hit nearby players when hitting another target’ and ‘Fixed an issue allowing players to fire around walls with the Crossbow and Minigun if they stood very close to the edge of the wall’ to name just a few.

Three known issues that will hopefully be fixed in the next update were mentioned, these are the rare occasion of disappearing crosshairs when using scoped weapons, weapons appearing to be loaded but cannot be fired, and in rare cases, items dropped by an eliminated player cannot be picked up by others.

Moving onto the lesser known Save the World mode, the new ‘Spring it On!’ event brings new quests, new heroes, new dragon weapons and new quest rewards. Updates to Loot Llamas are also included, with each stack of 1000 Storm Event Tickets being exchanged for Storm Llamas.

Have you tried the new Impulse Grenade yet? What do you think? Welcome addition or unfair advantage? Let us know in the comments below!