Epic Games have recently announced a new limited time mode is coming to Fortnite Battle Royale that will introduce squads of 20 players. And it’s available from today, March 8th.

The larger team mode will nestle nicely between the four-man squads and the 50 vs 50 mode that rolled out at the end of last year. 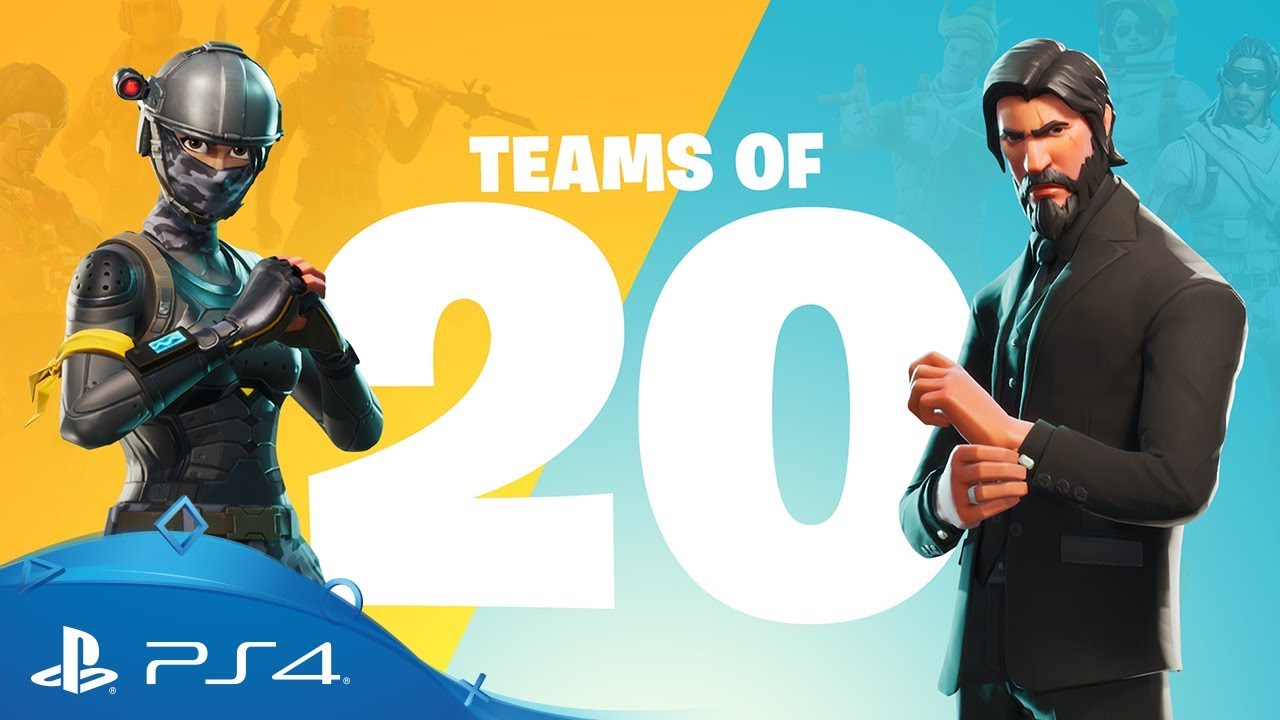 While there’s no word of a release date for the 20-man squads, it’s a safe bet to assume it’ll release next week, as Epic typically makes these announcements a week before the new features appear in-game.

Meanwhile, Season 3 is well under way so there is no excuse to not jump in and enjoy this free to play game.