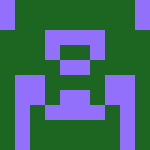 Jakub Ben and Marcin Michalski two former CDPR developers have decided to leave the Witcher 3 and Cyberpunk 2077 studio and instead start their own. The new studio is called Dark Passenger and reportedly consists of “game dev veterans and fresh blood specialists.”

Ben and Michalski are already working on a yet untitled online game set in Japan. based on the developer’s description it’s not so much an RPG as it is an online action game. There will be some form of co-op as well as both PvE and PvP. The game uses Unreal Engine 5 and will feature an onslaught of classic Japanese murder tools. We’re talking katanas, tantos, spears, shurikens and kunai. Basically an aspiring ninja’s razor-edged wet dream.

There are also hints to pretty advanced traversal and climbing systems. The brief mentions “shuko claws” used to scale vertical surfaces and the ability to use spears like poles to vault over walls. You will even be able to run on arrows fired by other players.

Even though Dark Passenger’s untitled game seems to focus more on the action part there are still some RPG elements. Players will be able to customize their characters as well as their weapons and other equipment. They can also design their own dojo where players can meet and train together. The dojo also works as a hub throughout the game.

The world itself is described as dark and full of mysteries. Players will meet a wide range of characters, from beggars to highborn citizens to samurai. However, their goal is to remain unseen and be always vigilant of threats that may be lurking from the shadows.

As you can imagine it’s way too early to start talking about a release date but we know that Dark Passenger’s game is coming to PC, Playstation 5 and Xbox Series X.

The Individual Behind PT Being Removed from Sale Talks About it