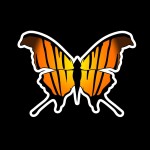 Foretales is a story-driven card game, from developer Alkemi and publisher Dear Villagers. In it, you have to decide the fate of the world, an opportunity to play God. Will you save the world or bring about its end?! Sounds interesting, right? So I thought I would throw some questions at the developers to try and understand the background to the game and find out a little bit about the magic that makes it work.

Alkemi is a small indie team formed in 2009. They began as a two-person team that was working for a web agency. As their story goes, they left and started to work on game concepts whilst still being available for hire in the web marketing industry. Alkemi split it’s in this manner for 10 years.

The team grew from two people to five, and released two games; Transcripted in 2012, and Drifting Lands in 2017. Alkemi told me that they see themselves as:

“…a team of Jack-Of-All-Trades, which is always useful when you want to make games with a relatively small team”.

Foretales – We Want To Know More About It

The game concept started in 2019 with early visual research. However, when Anaïs joined the team in the Summer of 2019, this was when pre-production started. Alkemi spent the first six months of 2020 creating a prototype. Then, for the next six months of the year, the hunt for a publisher began.

It was not until December 2020 that actual production started, and here we are, approximately eighteen months later, and the game is almost ready.

After playing Cultist Simulator, there was a realisation that card games did not have to be combat driven. This coupled with the influence from board games like TIME Stories, Pathfinder Adventures, or The 7th Continent, Foretales was conceived.

The game differs from other card games in that it is not centred on combat. It does not try to create a deep combat system with combos and deck optimisation. It just tries to tell a story and let you have options in it, represented by the cards you have in hand. There is combat and there is room for optimisation if you’re looking for it in there. But it’s not what the game is about. It is different from other card games that currently exist.

There are six major endings. You’ll be able to “backtrack”, in a sense, to find the other endings but Alkemi was not too forthcoming with how and why as they did not want to spoil the experience for us. I was, however, teased with:

“Let’s just say that once you’ve finished the story once, you’ll still have things to discover and experience”.

“Each time we make a game we try to do something different and at the same time we try to push the quality as far as we can with our small team. We do not want to make just bizarre or quirky games, we want to create original experiences with a high production value. I really think it’s our best attempt at that. Foretales shouldn’t feel as something you’ve played over and over again!”

To beat the game for the first ending really depends on how quickly you read, as well as your familiarity with card and/or board games. Best-case scenario; it’ll take somewhere between ten and sixteen hours for the first ending. Maybe double that if you are going for that perfect ending.

At the moment, I can’t give you an idea on how much the game will cost as it is yet to be finalised. However, if you would like to try the game out for yourself there is a demo available on Steam.

Alkemi has not yet finalised a release date. However, the target is Summer 2022. The game is finished, with only a few technical areas to polish up.

Foretales will be released on PC and Nintendo Switch.

Thank you Alkemi for taking the time to answer my questions. I have played the demo and I for one, am looking forward to the full game release.

And if you want to show your allegiance to ABG, you’ll be happy to know we have our own merch! All proceeds go to helping fund the site.

I am a Content Creator who also Live Streams. I love playing video games, talking about video games and I also write about them as I am an editor for a gaming magazine.

What genre of game do I play? Indie games & story driven games mostly.

Other than that my time is taken up being a Mamma. Yes, I am half Italian and you will find the odd Italian word or phrase being dropped into my streams. Particularly when I become excited 😎

Too many games not enough time!

Can't shoot straight, don't understand maps, shocking memory &.... what was I saying....! 🤔 I am a Content Creator who also Live Streams. I love playing video games, talking about video games and I also write about them as I am an editor for a gaming magazine. What genre of game do I play? Indie games & story driven games mostly. Other than that my time is taken up being a Mamma. Yes, I am half Italian and you will find the odd Italian word or phrase being dropped into my streams. Particularly when I become excited 😎 Too many games not enough time!