The Fallout 76 servers were given a nuclear test when 3 players dropped nukes simultaneously on Fissure Site Prime. Beware there are possible game spoilers ahead dependant on how much you’ve played of the game. You have been warned.

After defeating the Scorchbeast Queen, a level 95 monstrosity, they decided to test the consequences of dropping 3 synchronised nukes. The video below shows the satisfying blast, but when the perpetrators try to check out the results closer up they’re kicked from the server with the error showing as “Server Not Responding, Controls have been temporarily disabled”. Youtuber Nickaroo93 shared the experience on Youtube on 17th of November and has already amassed nearly 300,000 views. 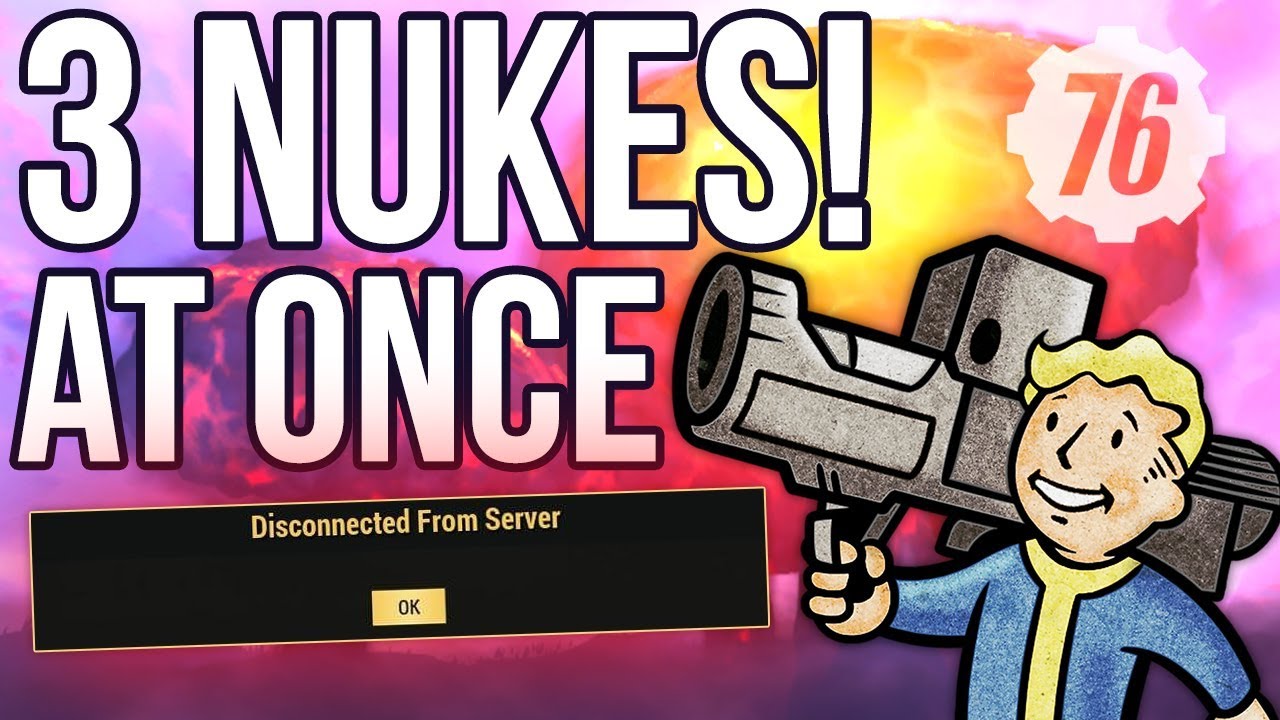 To fill in anyone who hasn’t got this far as yet, the Scorchbeasts are higher level enemies with the Scorchbeast Queen the target of a timed-event for players to defeat.

The first game patch for Fallout 76 is due to drop November 19th to improve performance and optimisation which should stop these server crashes happening again, as it’s reported to be a sizeable patch to download. Bethesda has tried to reassure people by claiming that future patches will be smaller in size.

Until another group of survivors try to replicate the triple nuke blast post patch, I guess we’re still in the dark on what awaits in the nuke site once the bombs have dropped.

Human, friend to the animals and serial procrastinator.