Ever wanted to make the headlines in a world renowned sporting event? Well now you can with Codemasters F1 2018 the video game.

Moving on from last year’s game, this year has seen extensive upgrade. O.M.G All I can do is applauded the visual department. This year’s game is the best looking yet and is eye poppingly good in 4K!

F1 2018 is massive step forward visually compared to last years game. With a yearly release game there’s some things we would expect to move forward and the visuals are one of those areas. The question now is how are Codemasters going to beat what we have now with next year’s installment?

Before I move on to the main part of F1 2018 we will have a quick over view of the extra content that has been added to the game. When we say extra content, I mean the F1 Classic cars.

Admittedly we got all the same cars from last year’s game, but we got a few extras this time round. In total the game boasts over 20 classic cars. The additions to this year’s game being:

These are some proper F1 Classics with some being ahead of there time. First opportunity to get behind the virtual wheel of one these, as Shia Labeouf would say; “Do It!”

If you purchase the Headline Edition you will get two extra classic cars, 2009 Brawn GP & 2003 BMW Williams cars.

Codemasters have focused even more attention on this year’s career mode, they have added a few more elements to keep you busy and prove you have what it takes to pave your way to being World Champion.

We will start off with the unique R & D tree, compared to last year’s this a massive step forwards as each team have their very own R&D tree and each one will give different outcomes depending on the points you put into it.

For example, you pick a midfield team you develop the front and rear wings. Just these alone can change the race outcome instead of finishing 11th or 12th you can see yourself finishing more in to the point paying positions.

You do have to keep track of what you want to develop as it can all change in one race you can easily be on the back foot again. This updated feature of the game is more realistic than ever.

With the R&D there is the possibility of a rule change for the coming year and you must play a strategic role, do you spend all your R&D points for the current season and face being off the pace for the next season or hold some back to get ready for next season?

During the Career mode there are a few other areas you need to manage these ones are done behind the wheel. Tyre and fuel management as well as getting to know the track, you have your qualifying and race runs to simulate during the practice sessions.

The ERS management during the practice session is another new aspect of this update F1 game. Complete all the above to earn points towards the R&D tree. So, it pays to take part in all three pre-qualifying sessions. As well the main season, like last year, you will get invited to invitational events – this is the bit where you get to drive the classic cars in different scenarios.

As with previous versions of the F1 games from Codemasters, Career Mode is partly about your rival, your first one is your team mate as you battle to be number 1 driver with in the team and fight to get the upgrades first.  Your other rival is all down to you, you have control over who said rival is going to be.

Off the track other new features include contract negotiations, these come up during the season and play a big part within the team dynamic, you can make the right decisions or the wrong ones affecting your stance with the team based on your driver value.

The same goes for the new media interview process post Practice, Qualifying and Race as the answers you give affect your own personal rating and the rating of the team in the media. It can lead to some negative results at the business end of the season if your answer affects the team morale, as the game will remember what you answered.

After every session in career mode you earn reputation which is monitored by all teams and this could earn you a driver spot with a top team. Obviously, your current team will want to keep hold you for the next season but the outcome of what happens is your own hands and you can choose your F1 driver career path.

If you had to highlight one area that lets the game down, it’s that as you play through career you will probably notice some of the cut scenes are recycled from last year’s game which is a little disappointing.

However, these modes are not show stealer of the game, the Career Mode with its extensive overhaul is. 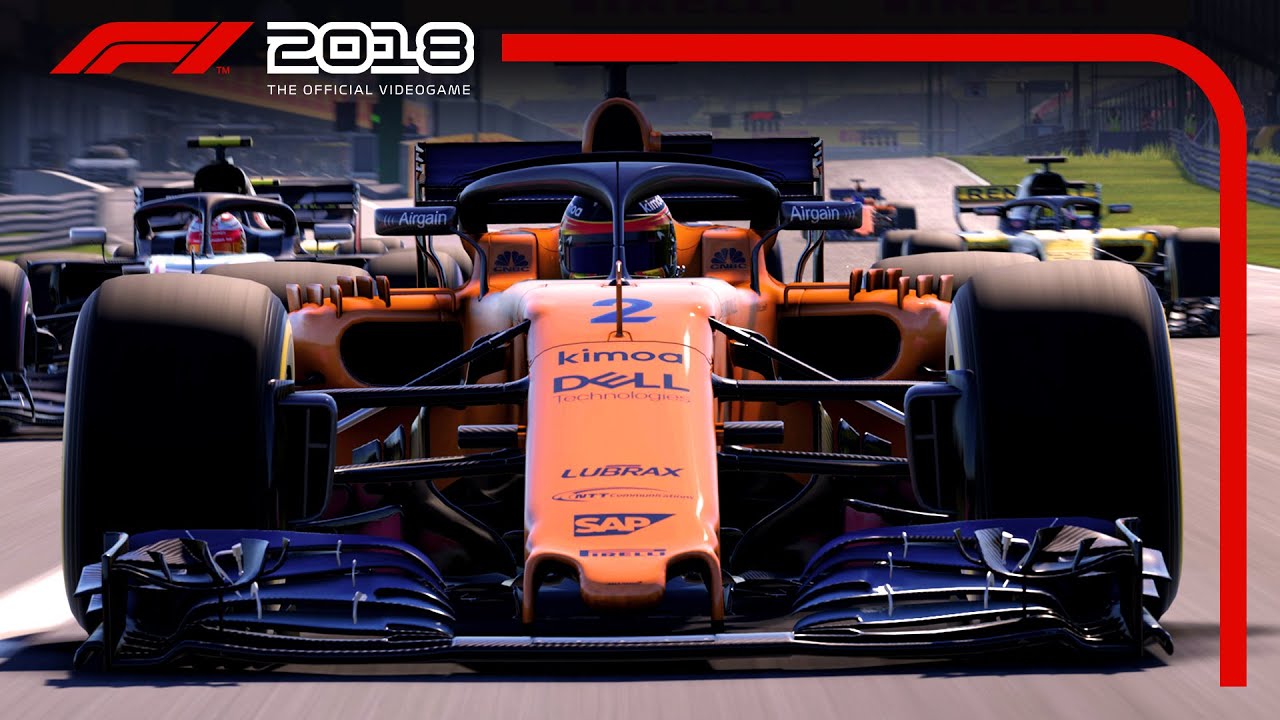 F1 2018 boasts some brand new features and eye popping visuals with even more new classic cars than last years. Codemasters have excelled with F1 2018. One of the most in depth F1 games ever made to date.