Streaming. Everybody’s doin’ it. Even your gran.

If you’ve been living under a rock for the last few years, or just aren’t that plugged into video game culture beyond the games themselves, streaming might be new to you. On the face of it, watching someone else play a video game seems close to pointless, but if that were the case, eSports wouldn’t be the rapidly-expanding multi-million-dollar industry that it is. And streaming offers so much more; a sense of community and the chance to engage with others who share the same hobby as you are among the reasons people live to stream, or watch live streaming. Want to know more? We’ll let Mixer co-founder Matt Salsamendi tell you more.

It’s easier than ever, too; both PlayStation and Xbox offer streaming straight from the console, though Xbox One’s Mixer integration – the Microsoft-owned streaming platform formerly known as Beam –  is more deeply embedded in that console’s user experience.

Streaming straight from the console is great, but stepping up your game by streaming from PC (either PC games, or console games through a capture card) offers more power, flexibility and opportunities to connect with your viewers. And that’s where the gadget-lover can really start to scratch their itch – with streaming microphones, webcams, video capture cards, and now this bit of kit from streaming experts Elgato, the Stream Deck.

The Stream Deck is a customisable keypad that streamers or other content creators can use to make dynamic changes to their content on the fly, replacing any number of mouse clicks, hotkey presses, application launches, and automate any number of activities that might divert a streamer’s attention from their audience.

The Stream Deck is dinky – a box roughly 12cm by 8.5 cm by 2 cm, featuring an angled display and 15 raised, customisable, glossy, transparent buttons. The buttons sit above an LCD screen, allowing each to be customised with the text, graphic or picture of your choice.

The Stream Deck comes supplied with a stand you can use to adjust the angle of the device – from near-flat to 45 degrees. Handy. The device connects to your PC using a fixed USB cable. USB 2.0 is needed – so it won’t take up a precious USB 3.0 port if you’re running short – but the official instructions state the device should be connected directly to your PC and not through a hub. We think this is likely due to the Stream Deck’s power requirements, though we’ve had absolutely no problems running the device through our favourite Aukey powered hub.

Build quality is excellent, as we have come to expect from our experience with Elgato’s other products. Unlike capture cards, which you generally won’t need to touch once plugged in, the Stream Deck is designed to be handled. The device feels robust, and the buttons are tactile and responsive. Whether the device is on its own or positioned within the stand, it won’t slide around as you poke buttons (unless you’re a bit too rambunctious).

So, how does this thing work, and what can it do? Once conncted to your Windows 10 (64 bit) or macOS 10.11 or later computer, download the Stream Deck application to customise buttons and assign functions.

Using the Stream Deck application to customise the device is also really straightforward. Just drag items from the application’s right hand panel over a blank button, and configure using the settings panel. Dragging an item over an already-populated button will create a folder – effectively multiplying the potential number of functions the Stream Deck can handle far beyond the number of physical buttons. Not only that, you can create multiple profiles, each with its own Stream Deck configuration and, if you’re feeling flush, connect multiple Stream Decks to the same PC. The potential to extend control to every facet of streaming, video production or many other content-creation activities is staggering.

The included icons for the built-in functions are clear and functional, but if you’re of a creative bent then there’s plenty of deeper customisation available – Elgato offers a simple online design tool with hundreds of elements to play around with, but you can use the design application with which you’re most familiar. You can even download some pre-made ones created by those more talented than yourself – we’re loving Twitch Temple‘s free icon pack right now.

Once you’ve got it looking pretty, you’ll find the Stream Deck also integrates well with the two most common streaming platforms, Twitch.tv and Mixer. There’s more going on for Twitch, sure, with eight built-in functions against Mixer’s four, but that’s as much to do with Mixer’s nascent platform as anything, and we’re confident that Elgato will add Mixer functionality in step with Mixer’s own development. The Stream Deck integrates with XSplit and Open Broadcaster Software (OBS), the two most common streaming applications. Connection to either is simple, just make sure you are using the latest versions of either piece of software – and the latest version of the Stream Deck application (version 2.0 recently landed) and you are good to go.

There’s Social Media integration, too – use Stream Deck to Tweet as you stream, and functionality for YouTube, Streamlabs, TipeeeStream, and system functions, allowing you to open applications, launch websites, and execute commands and macros. There’s flexibility at the very heart of Elgato’s design.

In use, Stream Deck is a streaming a revelation. Start, stop and pause streams, switch scenes, control chat, engage with your audience and shout over social media, all with the simplest of button presses. No more fumbling through multiple applications, accessing menus and searching for the right scene or effect. Everything’s there at your fingers, allowing you to concentrate on engaging with your community – which is how audiences are built.

It wasn’t long before we stopped worrying about making the best use of our Stream Deck investment – everything is intuitive. We immediately felt able to make best use of our scene collection in OBS and, after just a couple of  streams, we realised that the Stream Deck allowed us to be more confident during a stream, and we rapidly added additional scenes and effects. We’d shied away from this until now – wary of taking our eyes off the stream for too long to fiddle with OBS. No longer.

With an RRP of £149.94, the Stream Deck isn’t by any means cheap, though it can be had for less if you shop around (and if you snapped it up for £90 in Amazon’s black Friday sale, well done you). It is though, a well engineered, easy to use device that – if you are in any way serious about producing the best streaming content you can – should be near the top of your shopping list. 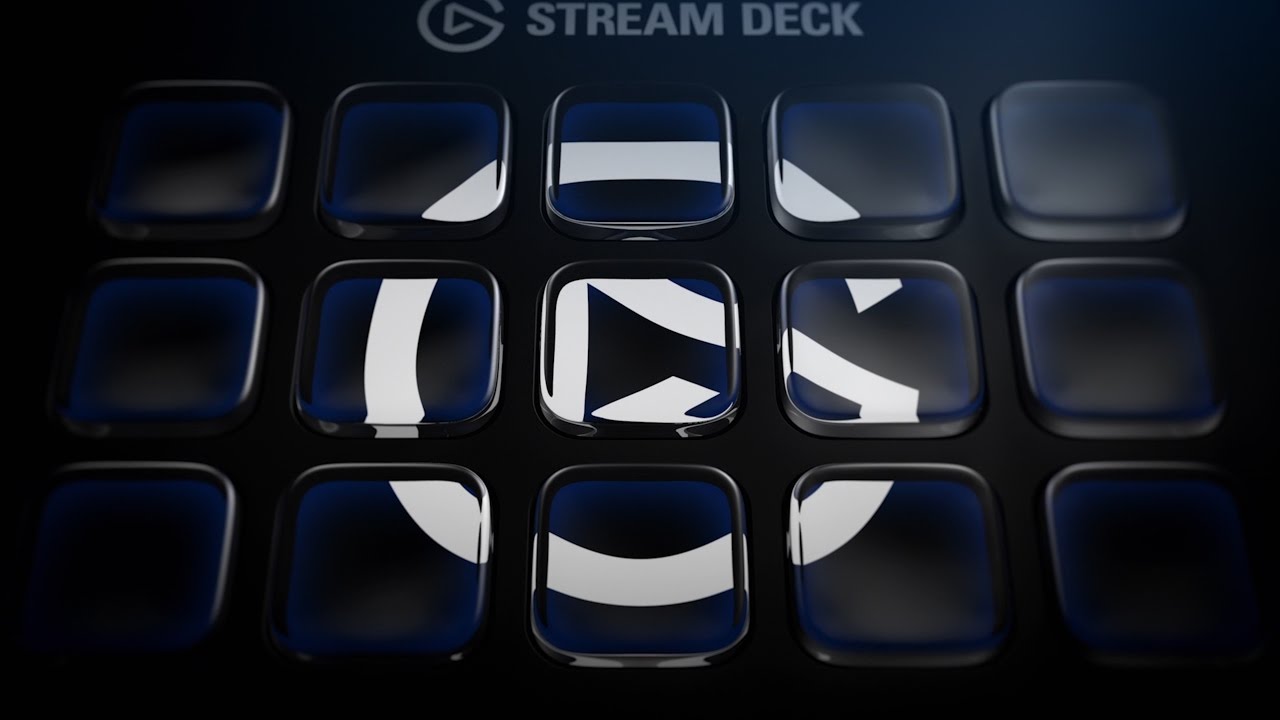 This review was based on extensive testing of a retail-sourced Elgato Stream Deck in real-world conditions. In other words, we bought it, we used it, we wrote about it.

An essential device if you're serious about streaming.

There’s so much to love about the Elgato Stream Deck, from the build quality to the functionality to just how slick it feels in operation. After just a few streams, we couldn’t remember how we managed before we added this – admittedly pricey – gadget to our setup.

The Stream Deck offers a level of control previously only found in the most high-end setups, and offers greater customisation than even commercial devices.

If you are at all serious about streaming, you should definitely consider this device a worthwhile investment.