There is a common theme among indie RPG games that often sees them based on already existing titles in the genre. What makes Earthlock stand out from the crowd is that it’s inspired by the likes of Final Fantasy VII and VIII. Starting life as a Kickstarter campaign under its original name Festival of Magic. The game has been re-shaped and re-built in some aspects from its original release to become the Earthlock we have now.

Snowcastle admit Earthlock has had a rough development. When it first released as Earthlock: Festival of Magic, it was hit with a barrage of negative reviews. With that in mind Snowcastle Games set to work on tweaking the game and making it what the envisaged from the start, even shelving the sequel until Earthlock was right. We were lucky enough to play Earthlock on other platforms before the update. It is refreshing in the modern era to see a developer jump into action to rescue a title from what could have been the end.

After spending many hours in the game’s world taking in the story, characters, and mechanics, Earthlock does bring back some memories of the of the early PlayStation days with Final Fantasy franchise.

Upon starting Earthlock you are greeted with a quick exam to learn the basics, as you control the daughter of the king. After the exam, you get to know the protagonist, Amon, who discovers an artifact with his dear uncle. It quickly becomes apparent Amon is not the only one after the artifact. There are other forces trying to get their hands on the artifact and Amon’s uncle is captured meaning the protagonist must recruit some allies to save his uncle. Amon quickly realizes his quest is bigger than he initially anticipated and will need help from his new friends step up to help save the world of Umbra.

Earthlock’s story isn’t the best nor is it the worst, it’s just ok. Each development or situation can be anticipated early on and it lacked any surprise elements. The dialogue is very on the nose and straight to the point. It does have some humour, but those moments very minimal.

Earthlock is a game that demands that you get every element of its gameplay spot on, its turn-based system works perfectly. Characters each have their own class with two different types of stances to choose from. It’s down to you to get the right ability to give you the upper hand in each situation.

Along with turn-based gameplay, you must manage consumables, ammo, special bond meters, and points. Limiting you, so you can’t over use your more powerful abilities for the easy win. Earthlock does a really good job of making the player manage your party’s attacks and forcing the best way to fight each battle.

There is one area that isn’t explained well and that’s the strength and weakness system. It can be a complete trial and error on what attack does the most damage to the enemy. This can waste precious turns and ability points. Of course, we don’t want the game to give us the answer out right but give us guidance on what character class or ability is best. This can be frustrating when fighting some of the game’s more difficult bosses as you can just watch you points and ammo deplete and have very little effect.

Earthlock’s bosses are so varied some of them are quite fun and easy, while others are demanding to the point of being, quite frankly, unfair. You can go through a dungeon with ease before fighting a boss that can knock out your fellow characters in one fell swoop. The difficulty curve to us need more refinement. As some of the battles may need more ability points or ammo which some times the gameplay doesn’t allow.

As with all RPG’s, after every battle you gain experience that will then award you with points you can spend on increasing you character abilities. We applauded Snowcastle on this part of the game as it’s where the game puts its best foot forward. The system is simple, upgrade all the characters to get new perks or ability. The reason why this works so well is because the types of upgrades your character gets is entirely up to you, meaning you can reinforce the aspects of your play style you use the most while perhaps leaving those you neglect slightly trailing in terms of progression.

The art work could be possibly be pushed a bit more as some aspects look bland and lack emphasis, the audio however is a perfect fit to the game, Snowcastle have got it spot on. We must also point out a huge positive which is the game runs at 60fps pretty much all the way through with a few issues here and there however none so huge that they effect the fluidity of the game play. 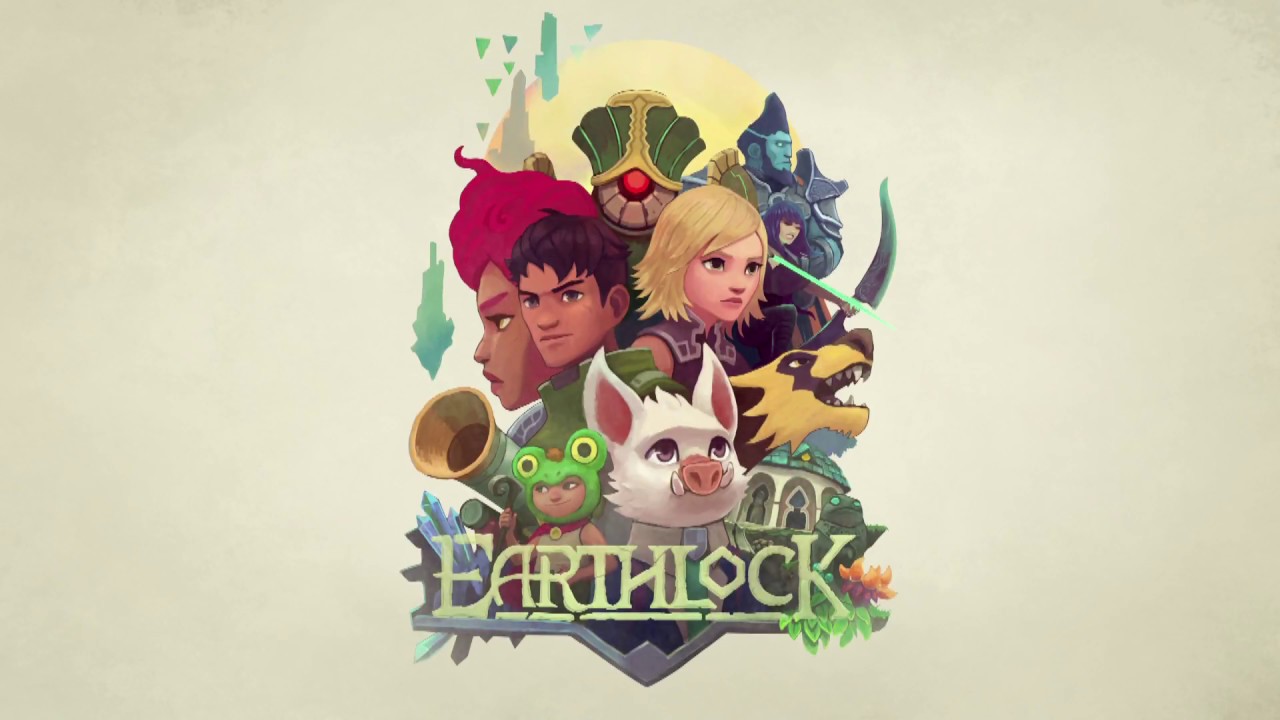 Earthlock doesn’t have the best or indeed the worst story but other aspects of the game bind it together to hold its RPG stance well. The title runs smootlyh with a few little issues but none that hamper gameplay. Snowcastle have worked well on bringing Earthlock to where it was the game we wanted to play from the start.