Coffee Crisis, a neo-rogue brawler developed by Mega Case Studios, is coming to Nintendo Switch.  In Coffee Crisis you play one of the last baristas on Earth who must fend off an alien assault.

The Smurglian race has come to Earth and they’re not leaving until they steal our three most prized commodities: heavy metal, free Wifi, and our coffee. They launch their invasion from a coffee shop and spread their assault by possessing all the local grannies, bros, and country singers! Little did they know that their ground zero is also the heaviest, most-metal coffee shop on the planet, and home to earth’s most unlikely defense: Nick and Ashley, two baristas ready to brawl!

You will have the option to play solo or team up with a friend as you battle the aliens in 10 unique locations and 14 levels.  Don’t worry if it doesn’t seem like a lot of levels.  Once you’ve completed the main mode you can come back for more with the Death Metal Mode; where over 100 mods can change the game every time you play.

There is also a custom Twitch & Mixer integration that will allow your viewers to vote on what type of mod the streamer will get, giving you a completely unique battle every time. 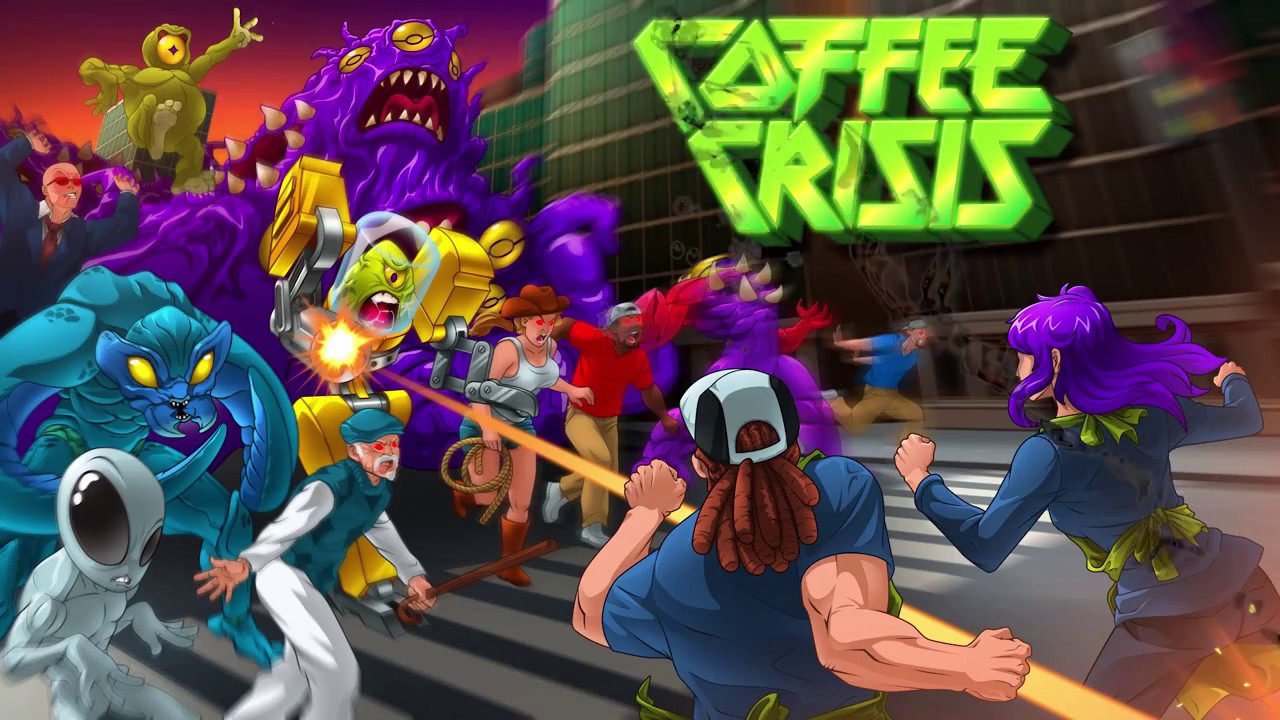 The game releases on Nintendo Switch on November 30, 2018.   It is currently available on Xbox One and PC via Steam.   Check out the Mega Cat Studios website for more details and a demo