Chime Sharp, the follow up to the critically acclaimed 2010 game Chime, was released for Xbox One last week by Chilled Mouse, and after having watched some videos on the game, I was excited to get started on it.

Chime Sharp is a music based puzzler game in which you must try and fill as much of a grid as you can. The catch is, to render a square used, you must cover it with a ‘quad’, a square starting at 3×3 which you expand in any direction to be awarded a time extension and bonus points. To make the squares, you are given geometric shapes which you must try and tessellate to get the highest score possible. In classic Tetris fashion, you are given a queue of shapes so you can plan your next move as well. You play a board with a song, and the ‘quads’ you make expire after a certain amount of time to be erased again next time a laser-like marker travels across the screen.

As a music based game, you would expect the music to be one of the best parts of the game, and it certainly didn’t disappoint. As you complete a quad and they expire, they give off a music note sound which, to a certain extend, does actually sound rewarding. The game is full of rather obscure music, however, the CHVRCHES ‘Science and Visions’ board was a stand out appearance for me and I found myself playing that board more than the others. There are a total of 16 different songs, with each song having a different set selection of pieces of different shapes and a different mode and difficulty.

To unlock the next mode, you must achieve a target percentage coverage on the one before. Each mode is timed apart from the practice mode, in which you keep on playing through the whole song until the end, when the board erases your progress and you start again. To unlock the different modes, you must achieve 60% on Standard, which, embarrassingly, I couldn’t reach. Seeing the final countdown when I was nowhere near the target percentage was infuriating to say to the least.

With the Tetris style queue and the Tetris shaped pieces, comes the Tetris style piece placement. We all remember waiting for that one piece to get rid of several lines at once and refusing to put another piece in the gap, well, the same thing happens here. You’re flying through the board until you end up with a particularly awkward gap. As previously mentioned, the ‘quads’ expire after a couple of seconds and you can’t extend them once they do, so when you realise a piece doesn’t fit, you end up putting it anywhere on the board in a panic hoping to get that one piece you need to fill in the gap you made moments before. I experienced this many times, most to no avail. This does make it rather amusing though, after either missing the right position or just simply running out of time, I also found myself laughing at my reaction.

As I said earlier, the target for the ‘Standard’ mode is set at 60%, which doesn’t sound all too formidable, however combined with the time pressure it becomes a lot more challenging; either I’m not very good, or the game is designed to be nigh on impossible. There are two extra features to be unlocked as well, however it seemed as though the game beat me in that sense so if anyone does happen to know what they are, please feel free to let me know what they are down below.

The controls are easy, the same as normal for navigation, any of the bumpers or triggers to rotate the pieces and A to place a block. The graphics are basic, but the 3D viewpoint is an improvement to the original’s 2D board view. There’s no online functionality, however, an arcade kind of game like this would be more suited to a pass the controller kind of play, competing against your friends for a new high score. 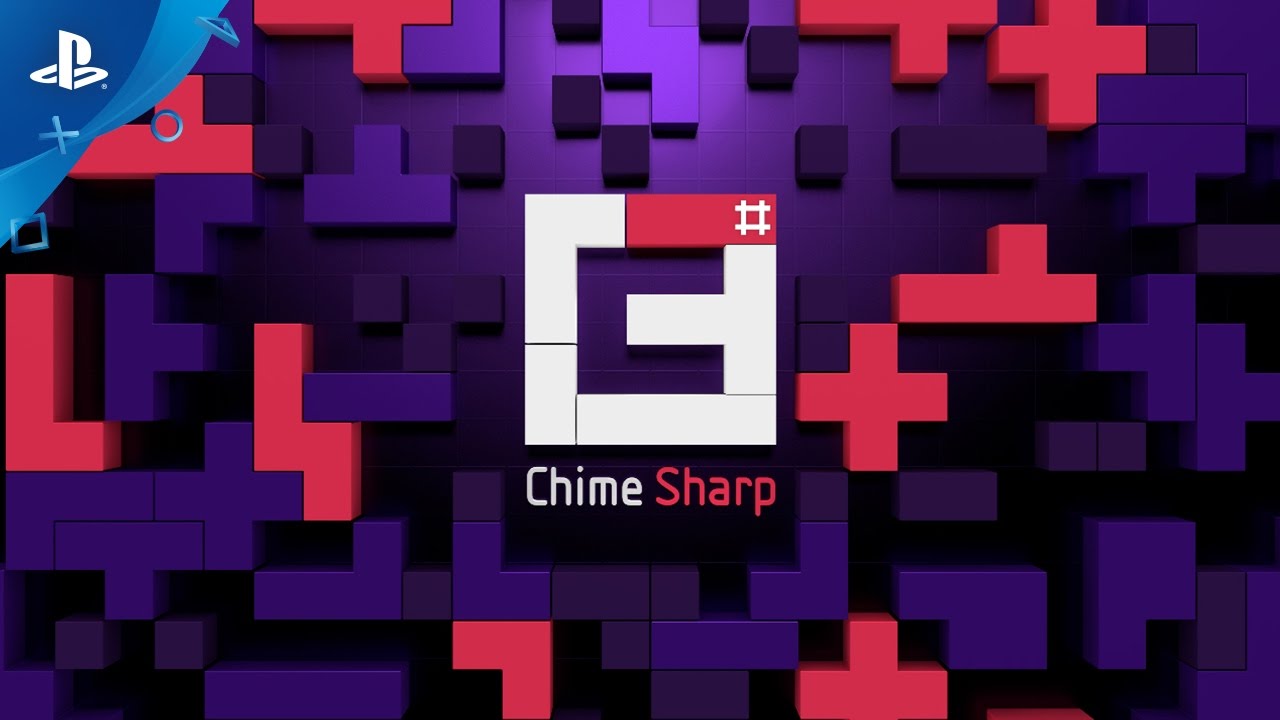 Overall, Chime Sharp is a very addictive game, easy to get into and has a very good idea behind it. The music featured in the game on the whole is fairly obscure, however there are one or two songs that stand out. The controls are rather basic, which makes the game even more enjoyable and practical. The similarities to the popular shape making game from years before are clearly evident, however, with that comes the similar anger-inducing scenarios.