Rare’s “pirate-em-up” Sea of Thieves is now three and a half years old.

However, if anything, it’s never been stronger.

That’s according to the British based developer, that revealed it’s latest plans heading into 2021 in a new vlog;

Sea of Thieves’ player base has reportedly been increasing year-on-year since its 2017 release. Rare has the greatest potential audience yet for what it’s calling “the biggest change to our progression system since release”.

The change to three-monthly, seasonal content releases mirrors the approach favoured by the most successful “games as service” releases, such as Destiny 2 and Fortnite, and will make its debut in January.

Alongside a new progression system, offering “100 levels of pirate renown”, which will be free to all players, there will also be premium content with the new “Plunder Pass”. This sounds pretty identical to the battle-pass model offered by those same titles and offers exclusive content and unlockables.

As well as new and continuing live events, Rare has also promised new voyage content. This involves the Merchant Alliance, with players “taking the role of detective” across the seven seas.

However, it’s not all good news. The game’s PvP Arena mode will be shelved, with the vast majority of players sticking to the main Adventures.

Sea of Thieves isn’t done for 2020 though. Prior to the big update, there’s still the Festival of Giving, more live events, Twitch drops, and login bonuses to take players through to the new year.

Let us know in the comments below if you’ll be taking to the high seas in 2021! 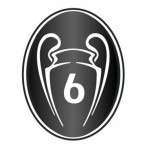