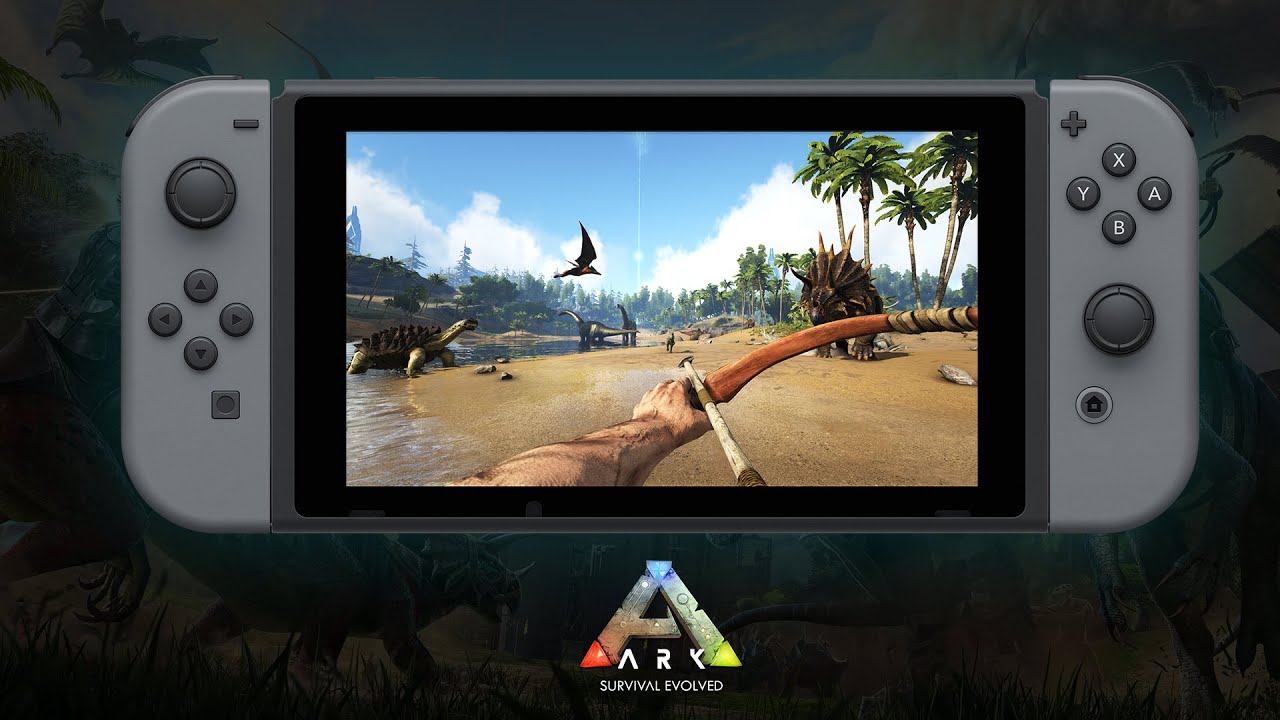 The Switch version will include the entire ARK island.  Players will have the ability to hunt, harvest, craft tools, grow crops and build shelters to survive.  Of course the most enjoyable part of the game, the dinosaurs and fantasy creatures will also be included.  There will be more than 100 creatures for players to kill, tame, breed, and if you have courage, to ride.

Like the original game, you will have the ability to join other players online or play solo.

“With ARK: Survival Evolved on Switch, you can tame dinosaurs, conquer enemies and create enormous structures anywhere – on the couch, in bed, on a bus or even at school. Created in conjunction with Abstraction Games, this handheld version of the massive, open-world survival adventure includes all of the content and features of the original award-winning game.