We were given a chance to try out Arena of Valor on Nintendo Switch during the early access period.  Although not all areas of game play were available at the time, there was still enough to get a sense of how the game plays on the new platform.

Arena of Valor is one of the most popular MOBA games available today.  Created by the same developer that created the popular esports game League of Legends, it a has very similar play style to that game.  If you aren’t familiar with MOBA style games, they are essentially player vs player battle arenas. The number of players can vary but usually the max is 5 per team.  The map is the same each match (with the exception of 1 v 1) and the goal is to destroy your opponents nexus.

When you start there is a limited number of heroes available.  As you progress you will open up more heroes.  There is also the ability to purchase heroes or skins for the heroes.  Each hero has a particular style of game play and special talents.  Like many player vs player games, it’s important to have a good meta for your team in order to try and counter your opponents.  The game will also limit you from having duplicate heroes on the team.  To help you progress through the map, each team has minions that will spawn repeatedly.  Everyone starts at the same level.  In order to level, you must vanquish minions, creatures, towers or take down your opponents.  Increasing your level allows you to upgrade you hero’s skills making you more powerful.  As well as helping you get closer to your opponents nexus for victory.

There is a better training section with this version, which was active as soon as you opened the game.  It was difficult to by-pass the training so for seasoned players this might be a bit annoying.   You only have to experience it once though.   It was great to have more of a controller to operate your hero.  The mobile version requires you to use a control pad on your screen for movement.   That has it’s own difficulties but with the joy-cons, you get better control of your hero.  The Switch version also defaults to an auto purchase and equip items ability.  This feature but can be turned off if you prefer to have control over your hero’s build.

The layout of the screen is more efficient for interacting with your character, team members or checking locations on the map.  It also gives more of a PC look to the layout.  Graphics and sound are just as good as the original game with  no visible difference but the size of the screen. There was one aspect of the move to the Nintendo Switch that may not be as desirable as the rest.  That’s the mobility aspect.  Arena of Valor is a completely on-line game.  Unfortunately, the Nintendo Switch doesn’t have data plans and relies solely on WiFi.  Unlike other Nintendo Switch games, this limits the mobility of this game. 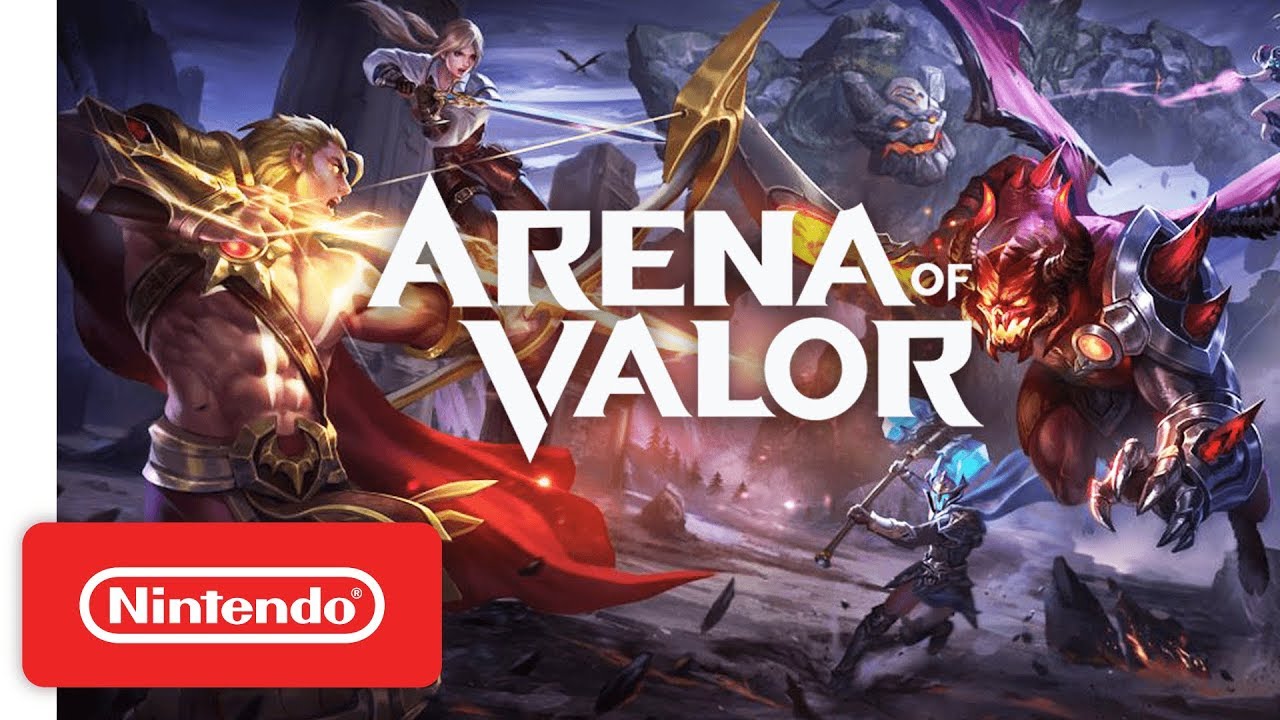 Other than the lack of mobility, the game was as enjoyable on the Nintendo Switch has it has been on mobile devices.

Have you tried Arena of Valor on the Nintendo Switch?   Let us know in the comments below.

Review of Arena of Valor on Nintendo Switch

Arena of Valor on Nintendo Switch

Arena of Valor has joined the list of games available on the Nintendo Switch.  Originally designed as a mobile game and one of the most popular MOBA style games, the Nintendo Switch makes sense.  Overall just as enjoyable as the original version, even though it’s a bit less mobile on the switch.