Set in a unique world filled with challenges, adventures and humor, Guacamelee! 2 has been announced. Drinkbox Studio’s 2013 platformer was widely well received, so fans will be happy to know they can enjoy the long awaited sequel next month.

Get ready to kick some butt as legendary luchador Juan Aguacate breaks out of retirement on August 21st. Guacamelee! 2 expands upon the original by adding new enemies, characters, levels and gameplay mechanics for the ultimate high-flying luchador experience.

An evil luchador has risen and claimed himself ruler of a parallel universe. You will have to fight through the world of the living and the dead (and also time and space apparently) in order to stop him and save your family, as well as the entire Mexiverse. After all, you are the only Juan who can!

Augusto Quijano, Concept Lead at Drinkbox Studios, had this to say about the sequel:

“We asked our inner skeletons what we should do for Guac 2. We couldn’t decide whether to add Better Moves, More Interesting Platforming, Timeline Travel, Chicken Powers, or New Puns. So we added it all!”

New abilities like the Eagle Boost, Pollo Shot and Rocket kick add to Juan’s awesome arsenal of moves. You can use these moves for exploration as well as combat. Also getting an upgrade is Juan’s chicken form. Prepare to experience ridiculous chicken platforming, combat and exploration with all new abilities and moves.

The sequel continues to deliver epic, colorful adventures, inspired by Mexican folklore. Players venture through living and dead worlds and across rifts in space-time! With beautiful environments and 2D animation, more gorgeous than ever thanks to a fancy new rendering engine.

Guacamelee! 2 is bringing all new gameplay areas featuring tons of secrets and optional content, bigger maps and twice as many enemy types as the first game. Upgrading your abilities has never been simpler. Discover trainers from around the world, defeat their challenges, and upgrade your movement, combat, traversal, and more. However, as you upgrade your abilities, you will have to defeat a roster of eccentric new bosses.

For the ultimate luchador/chicken adventure, an all new soundtrack featuring new music from Peter Chapman and Rom Di Prisco – composers of the original Guacamelee! was recorded. With additional new tracks from special guests Mariachi Entertainment System!

Team up against you enemies in an unstoppable luchador alliance, as 4 player co-op is also featuring in the sequel.

Guacamelee! 2 is releasing on August 21st on PC and PS4. Though fans on Xbox and Switch may be left wanting lucha-more, as there has been nothing said as to when, or if, the game will release on either platform. 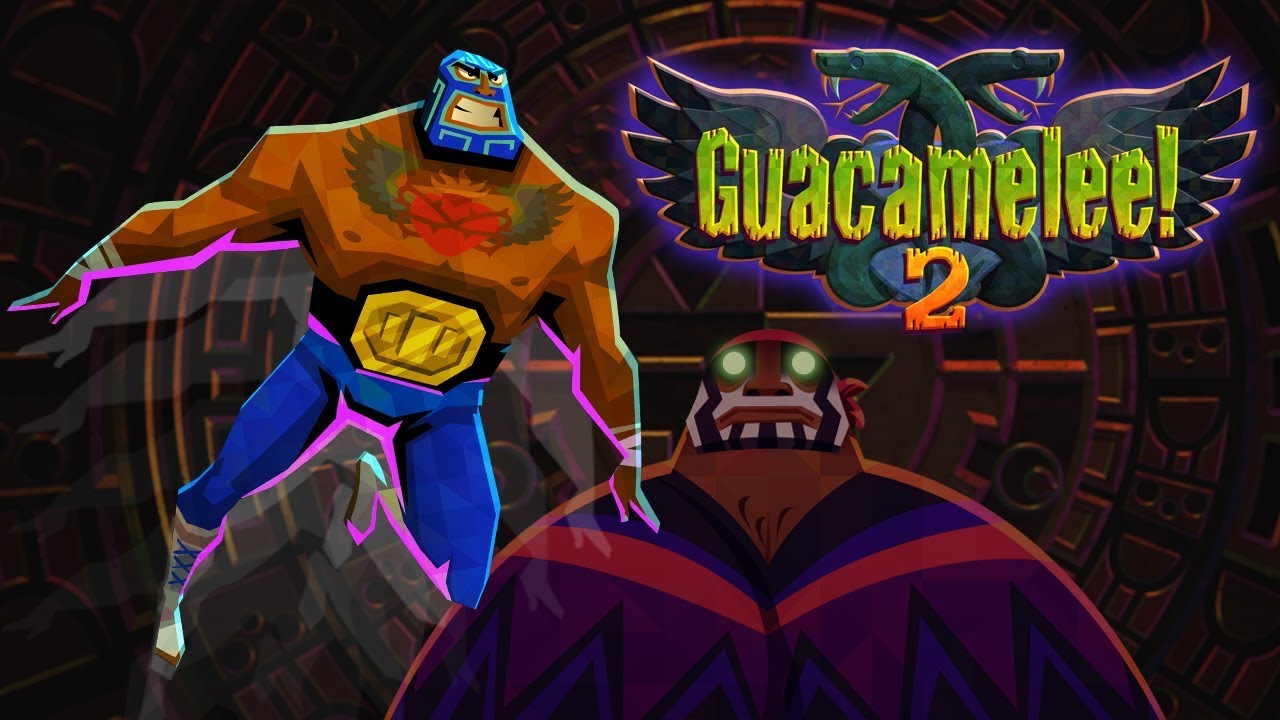