EA’s Anthem is one of the highest anticipated releases of early 2019, with EA investing massively in gameplay trailers and exhibiting the game at every major game show.

EA has reconfirmed with players that Anthem will be playable before its launch on February 22nd. This gives gamers the chance to play the game up to three weeks before its official release.

Those who have pre-ordered the game or have an active EA/Origin Access subscription will receive access to a “VIP Demo,” on February 1st, 2019. If you choose to subscribe after the 1st, you will not get access to the demo.

Origin Access Premier members will gain access to the full game on February 15th, seven days before launch. Standard Origin Access and EA Access subscribers will be granted access to the game’s 10-hour “Play First Trial” on this date, but progression will be limited. 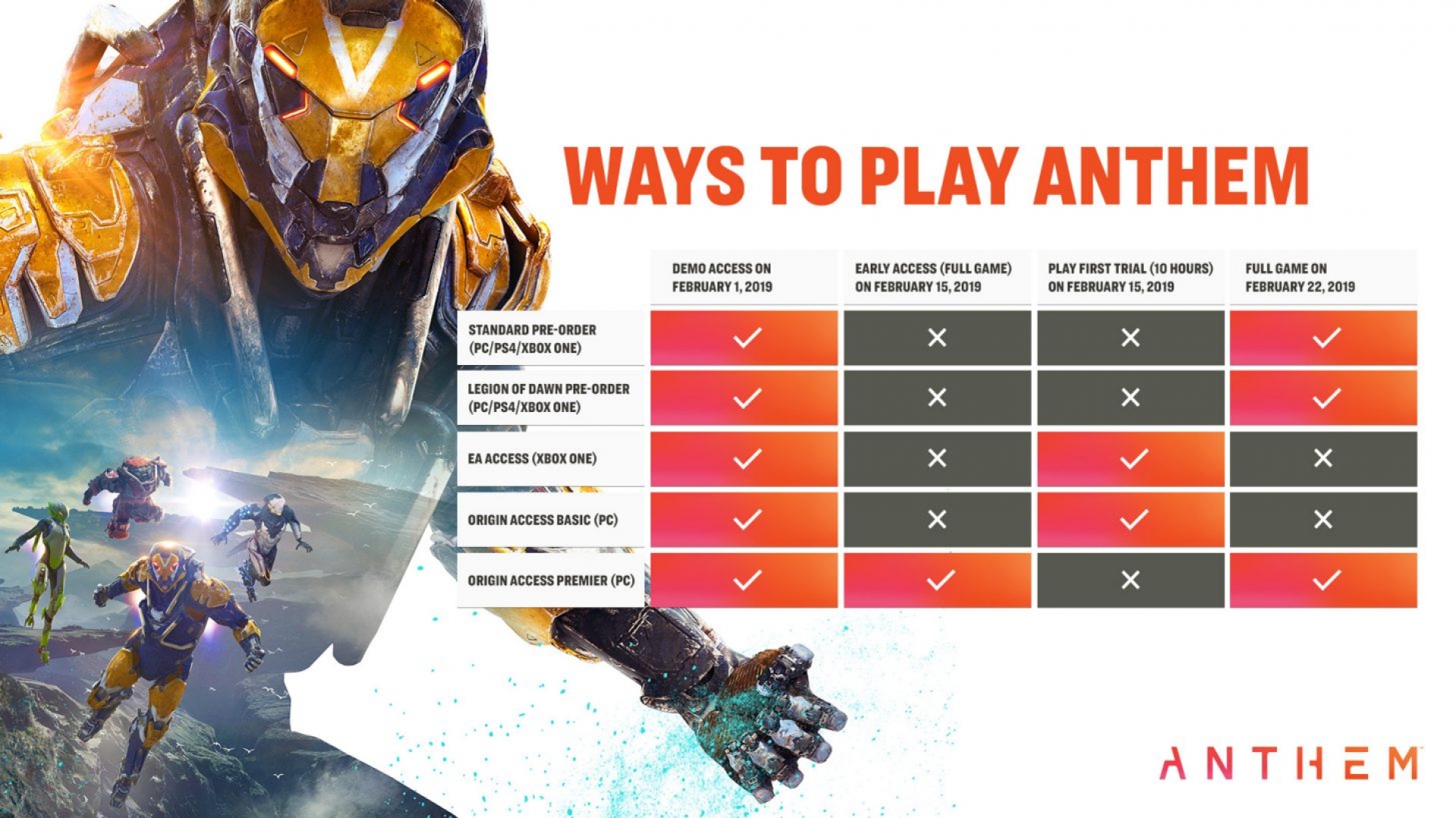 Teams of up to four players can explore Anthem’s dangerous world, using Javelin exosuits to fight against hordes of creatures and hostile humans to occupy the planet. BioWare has promised a unique story, a main issue that is too often connected with multiplayer RPG-shooters, but this remains to be seen.

Anthem grants players a solo-play option as well, though the game is an online-only title. EA has verified no loot boxes will be in Anthem on release, but cosmetic and vanity items will be available for purchase.

25-year-old Father/Gaming Connoisseur. Born and Raised inside a Compaq Desktop.