The indie scene is getting to the point of saturation. After the initial boom in the last five to ten years thanks to Steam, current generation consoles are also embracing indie titles more than before with the ID@Xbox program just one example. It almost comes to the point where we have to weed out the stellar experiences from those just trying to cash in on nostalgia with buggy, quickly produced rip offs with no quality or unique features. That brings us to Albert & Otto: The Adventure Begins, which thankfully doesn’t fall into the latter category. But does it have enough to make it a stand out experience?

Developed and published by K Bros Studio, Albert &Otto originally released on Steam in late 2015. You take control of Albert, and his sisters mystical bunny Otto. After the disappearance of Albert’s sister, it is your job to discover where she is and bring her back home safely. The world is set in pre-World War II Germany, an interesting and rather unique location for the video game world. Although it’s not overly obvious at first, the more you progress the more you discover something sinister is going on.

Casting itself as a puzzle platformer, you’ll need to work your way through the world carefully but logically. Whilst there puzzle elements don’t particularly offer up anything new as such, they feel adequate for the experience at hand. The early stages offer up a taster of more simplistic conundrums which as you would expect, become tougher as you progress. The environment is used in different ways to help you solve some areas. If there’s a sheep nearby, it’s highly likely the poor animal will need to be used in some capacity to help you progress.

The platforming is basic, but that’s all it needs to be. Once equipped with Otto in an almost Banjo-Kazooie like partnership with him on your back, you gain the ability to double jump. Drop Otto off at a power switch and you can use an electric ability to turn on switches. It’s basic, but simple strategies that work. Very much if it isn’t broke, don’t fix it. In terms of control, there is a fluid feel to the game. You can tell that there’s been love and attention as opposed to other indie titles which can feel sloppy in control and just a little rushed. At the time of review, only a few minor bugs were present which led to a couple of reloads of the game. This isn’t game breaking by any means (especially if you’ve got used to a barrage of crashing in a certain battle royale game) but it did hamper the experience a little bit with one example being your gun not working, or sound completely vanishing.

There is some obvious inspiration taken from Limbo, with the title featuring predominantly black and white graphics. This is neatly combined with splashes of red at certain parts, and Otto to give a crisp feel to the overall look of the game. It’s well crafted, and a pleasure to look at with some excellent artwork produced. This adds to the games overall feel and gives a bit more quality alongside the gameplay.

The games soundtrack is also just as good as the graphics. Featuring slow eerie backdrops to give almost a haunting feel to the situation. Bearing n mind this is set just before World War II, it does a great job of enhancing your environmental senses.

Dependent on your own skill level, you may blitz through a first playthrough in two – three hours. Albert & Otto in this sense is by no means a game that will keep you entertained for long periods. But it doesn’t detract too much from the experience. There’s plenty of achievements to come back for, especially completing certain bosses and a full run through with few deaths.

K Bros have developed a little slice of puzzle platforming greatness in the modern era. Not one part of the game echoes nostalgia. And it doesn’t set out to. What it does achieve is a fluid modern puzzle platform experience that whilst may not be the best on the market, positions itself as a strong contender. And although not flawless, fans of the genre should check this out. Plus it’s got a bunny, no one can resist them, right? 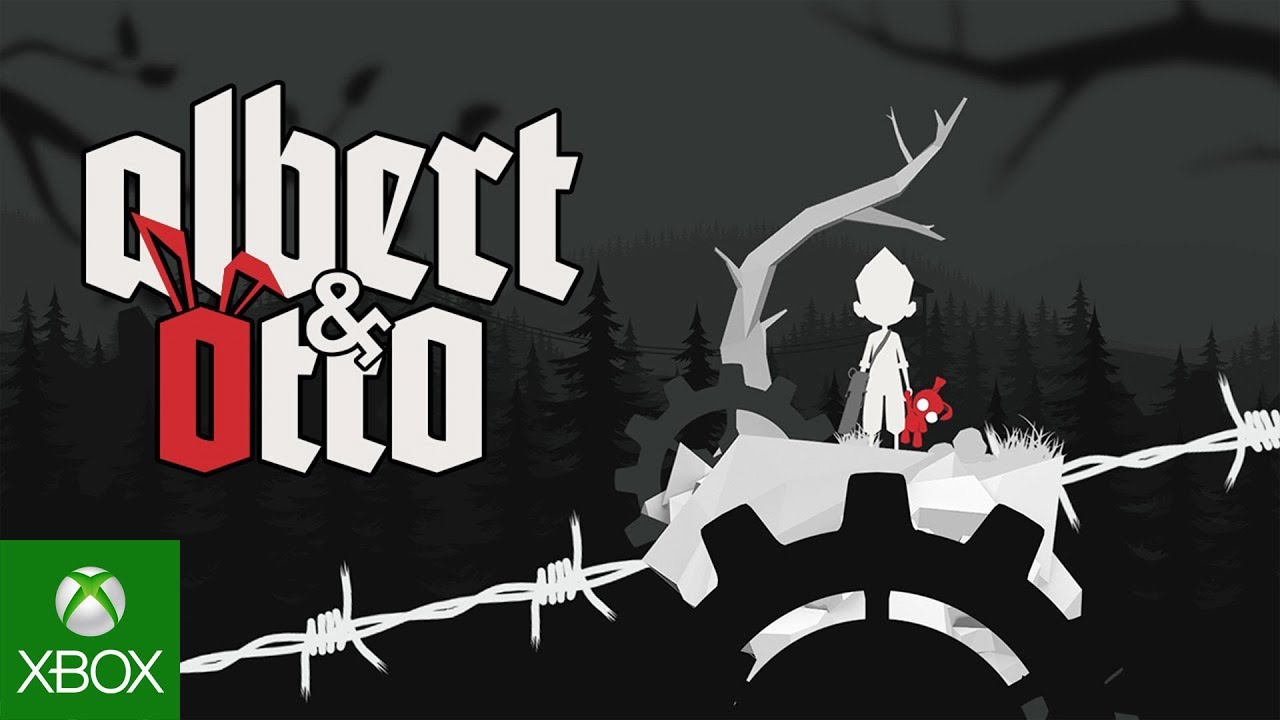 Albert & Otto: The Adventure Begins is available now on the Xbox Store, priced £9.59

Albert & Otto may have taken its time to come to Xbox, but for fans of the puzzle platform genre, it was worth the wait. This isn’t going to keep you entertained for an all day gaming session by any means, but it’s art, gameplay and puzzles deliver an experience worthy of any fans digital collection.