Wartile is a new twist on the old fashioned table top games. Now the rather flat table comes to life in this hexagonal based strategy game. Although not turn based, your units do have a short cooldown in-between their moves, making strategy and movement the key to victory here. Simple yet infuriatingly difficult, Wartile has taken the best aspects from both tabletop and computer-based games to create this, and give developers Playwood Projects their dues, it works extremely well.

Fist thing you notice when the game begins is the sheer beauty of it, the simple layouts of the levels put together with the beautiful artwork are a must see. Even down to the characters themselves, the games looks are truly mesmerising. Each aspect of the game has been meticulously crafted to resemble what a tabletop game would look like, right down to the figures. With the customizable options screen basically becoming a giant wardrobe where you can alter the look of each figurine with different costume items, special ability cards and even attributes.

Once you’re into the game there is a basic tutorial and then you’re off. With rather limited controls the game is easy to pick up, although the screen movement can leave a lot to be desired.  There were times when I was attempting to activate a special card that the screen would move away from the fight. Not so good, especially when my figures were on low health. By the time I got back to where I needed to be I had lost a unit or two. This was mainly due to the issue of not clicking the card correctly before moving the cursor. A simple mistake I hear you cry, but the problem is more than that. Clicking on your units special card allows you to activate their ability, once done you are then required to click the unit you wish to attack, the problem is that there is no indication that the card has indeed been clicked which means as soon as you move the cursor the screen moves as well – infuriating isn’t the word!

But, up to this point the game feels rather good, that is until you begin to progress further into the game. As your small band of figures increase so do the enemy numbers, but so do the game’s flaws. The enemy AI is limited in what it’s able to do, with no real sense of danger or urgency from them. In-fact most of the time the enemy will downright ignore you until you are a single tile distance away, apart from archers who shoot at you at around 4 tiles. The fact an archer is shooting you but no other enemy figure is engaging in combat highlights the limitations of the current AI build. 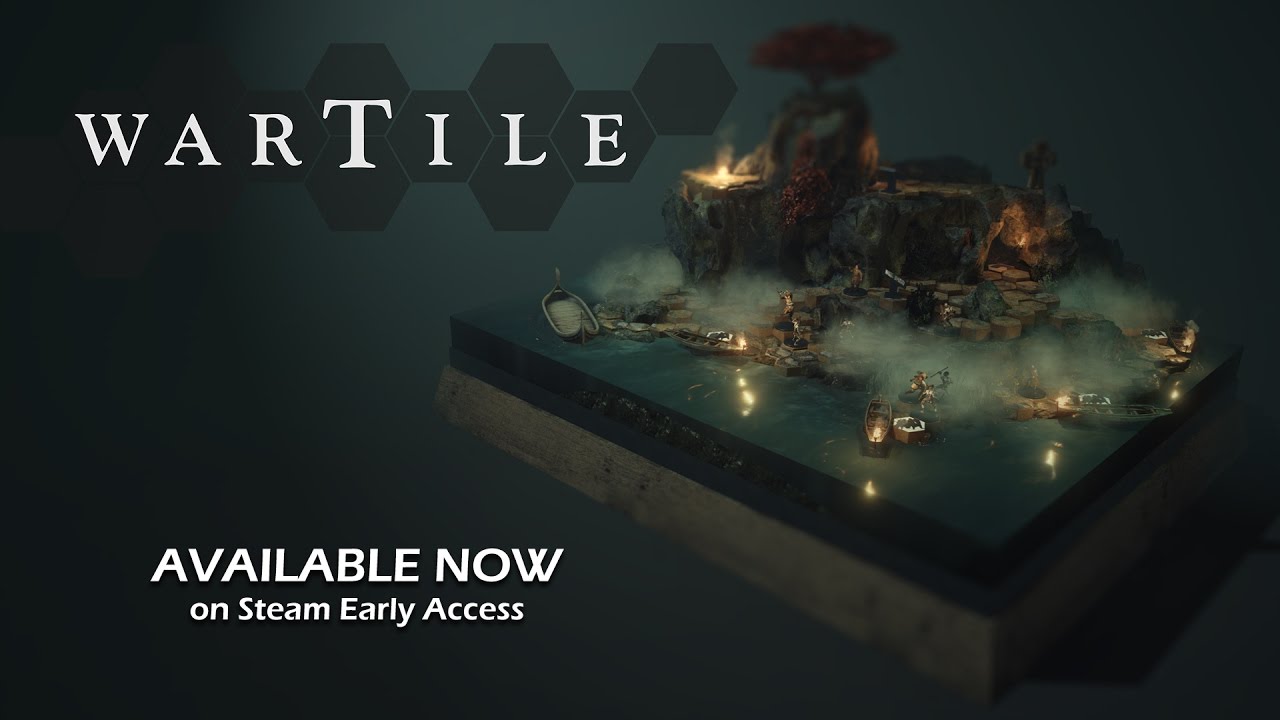 At the moment the game is single player only, but there is a multiplayer option within the map screen and on Steam indicating that this will be included at a later date. Although the single player campaign is fun, the game’s longevity will come from its multiplayer side, because that’s how table top games are supposed to be played. Wartiles ability to create good multiplayer games will no doubt be the key to this game’s success. Other than the small issues previously mentioned, and the lack of multiplayer options, the game feels complete with no major bugs encountered so far. There is a good selection of levels and some nice enemy types to keep you busy. The main game plays very well, so well, in fact, its a wonder it’s not out of Early Access yet.

Wartiles is available on Steam Early Acces for £14.99, the price feels about right for this type of game, especially when you consider there’s no multiplayer yet.