Sunless Skies is the new role-playing, narrative focused, top-down exploration game from Failbetter Games. Boy, that’s a mouthful! Available for PC via the Steam store, Sunless Skies is, as with most of our preview articles, an early access game. So, what’s it all about? And, more importantly, is it any good at the moment?

Have you ever wondered what life would be like if victorian London was set in space? Me neither, but it seems developers Failbetter Games have. Sunless Skies is the follow-up to their 2015 hit Sunless Sea. Continuing on the same theme, Sunless Skies sees a lot of the old faithful mechanics brought back/ And why not? They worked exceptionally well the first time around. Your old faithful ship has gone, however, melted down and re-imagined for a life in the sky. And what better way to explore space than….. on a flying train – there’s something very back to the future about all that. But it works well thanks to the very steam-punk art stylings the game has been given. The game is a treasure to behold, with moody lighting effects and exceptionally well-drawn characters and environments. The look of the game is one of, if not THE, biggest draw to the game. This generally isn’t a genre I’m interested in, but the beauty of the game captivated me to give it a try.

Loading into the game for the first time you are given the choice to either play permadeath or an easier respawn option. I went with the perma-death option as it feels more fitting for life in the stars, where decisions have consequences and all that. Next up is character creation – although not very detailed with regards to character looks, there is a rather detailed character backstory that you can create, along with different perks dependant on the choices you choose. With each choice giving you different starting stats it’s prudent to decide on your type of playthrough here, although throughout the game this will inevitably change due to the many unique events you will encounter. The backstory is chosen, a character created and were finally off into the London sky! Well, not quite. Next up you have what is the largest part and possibly the worst part of the game – the long, convoluted tutorial. It’s like death by powerpoint but not as fun. If you’ve played the first game you can probably forgo this part and dive straight in. But for a newbie like me, it was a necessary evil. And on that note, I shall vanquish it no matter what!

The game is an RPG styled game, and with no flashy videos cutscenes, instead, it’s filled with screen after screen of text to read – the large tutorial included. Click, Read, Decide Move on. That is pretty much the premise of the game. Skipping the text is very possible, however, it seems to create a void in the gameplay. By not interacting correctly the text the RPG elements the game aims for are lost, making the gameplay rather boring. Interaction to the fullest is required to help immerse you in the game, as I found out playing through my first few games. The text itself is superbly written, with each interaction giving you a detailed insight into the people and places of this wonderful world. The descriptions are detailed enough to allow you to imagine just how the characters would act in real life, and, to a point, you can imagine just what type of personality they have. Helping to bring a sense of reality to the game, a very important factor in any role-playing game.

Once into the game, you realise that resource management along with quest management is a seriously big issue. You need to know what you’ve got on board, what you need to get and where you need to go. Exploration is the key to this. the more of the unique world you discover, the more you can plan your missions accordingly. The exploration, however, isn’t easy, with the sheer size of the world around you it can take an awfully long time to traverse the map, even with the upgraded ships that become available. 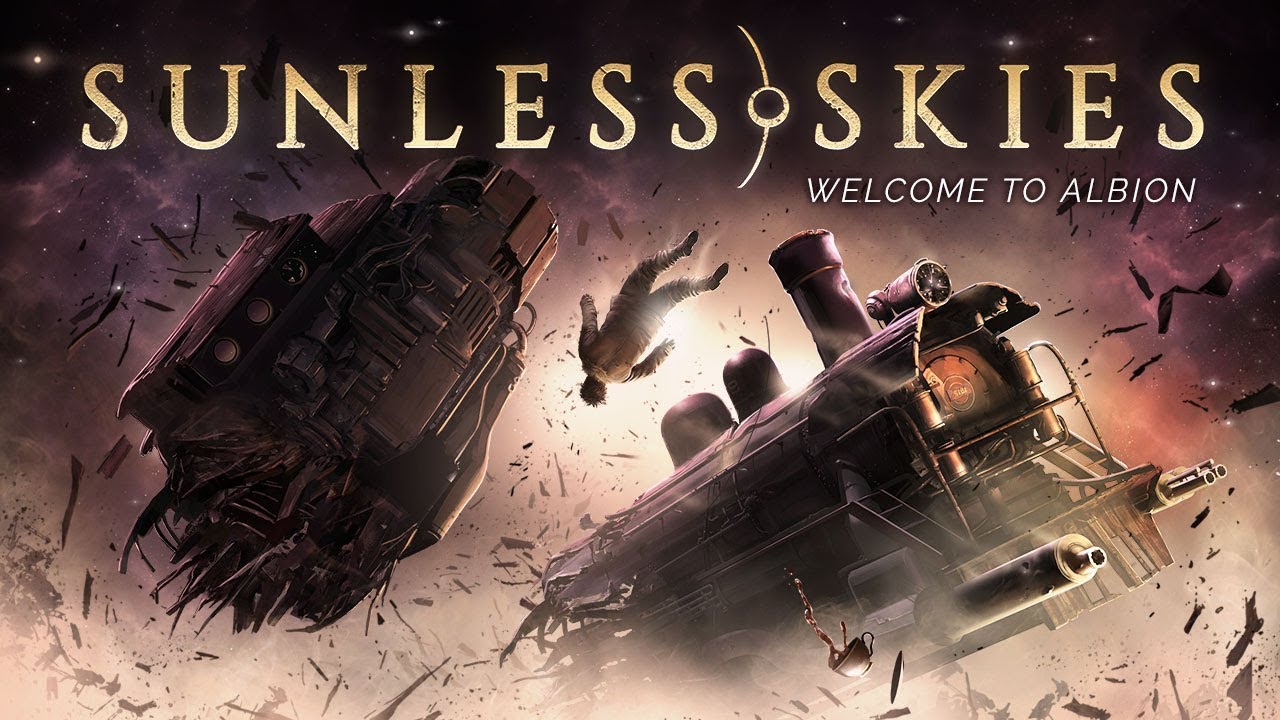 “Ten years have passed since Sunless Sea, and Queen Victoria has led an exodus from London to the heavens. There, a revitalized British Empire – ambitious and authoritarian – begins to expand across the skies.
The stars are alive. They are the Judgements: vast intelligences that govern all things. But they are dying. One by one, something is snuffing them out, leaving their thrones empty. An opportunistic Victorian Empire is colonizing the domains they leave behind, painting its industrial vision upon the fabric of the heavens.”

Sunless Skies is about to slip out of early access, and overall you can see why. It feels polished and complete, If you have played Sunless sea then you won’t be disappointed purchasing this. All the little bugs and issues previously seen have all been ironed out and thoroughly addressed this time around. If you enjoy this type of game or fancy a different type of RPG then Sunless Skies is a good choice. The biggest draw for me is the replayability is quite high thanks to the random encounters and sheer variety of missions available. As an early access game, it has given us an excellent first impression!

Sunless Skies is available on Steam for £18.99 or your regional eqivilent, and you can buy it here.