RimWorld is a new sci-fi colony simulator game with a twist, developed by Ludeon Studios RimWorld is all about the story. Gone are the generic tasks set by most Simulator games, this game is driven by an intelligent AI storyteller who, like it or love it, decides just what’s going to happen to you, whether it be good, bad or downright horrible. Survival is the key to everything here, and although it’s nice to have a large, well-built base the main focus is on the people you manage.

The game starts out like most other sim games, with an array of options to set up before you can even think about diving into the action. At the moment you can choose from one of 3 basic game modes, each one is vastly different from the other and each creates a unique challenge as you set out for your new life on a distant planet – Crashlanded, The Rich Explorer and Lost Tribe. These game modes come with their own pre-set details, such as your tech level, how many people you begin with and what supplies you have to start with. Depending on your play style, or experience of the game generally dictates just how easy or hard these will be, however, the AI also comes into effect later on.

It’s a nice touch having an AI that actively gets involved in the game and doesn’t just pop up to give you a new task. With the basic survival aspect of the game being rather difficult anyway, you are given the option to choose your AI storyteller. Cassandra Classic – the classic, gradually increasing in difficulty, AI. Phoebe Chillax – allowing you longer to build between instances. And Randy Random – pure random action, making getting prepared for the worst the first thing you should do. Along with altering the basic game difficulty, these characters can make or break your game. Sometimes these out of ‘nowhere instances’ are just a tad OP, especially when you’re just starting out, but that challenge is what keeps you coming back for more – although rage quitting is a constant issue for me.

Once into the game, you notice just how much you need to manage, it’s not just about having your little people build a base. You manage every aspect of their lives, from what the pets are doing to what they should make to eat. It’s a constant battle to make sure everyone’s ok. You need to meticulously watch their mood, hunger, illnesses, even infections can creep up on you and before you know it you’ve lost a character. What about their food? Is it in a room or have they randomly left it outside to rot again? When’s winter coming? What’s the temperature outside? The list of needs is exhausting, but after a few run-throughs, and countless deaths, the game begins to click and you find everything becomes second nature to you. And that’s the joy of this game, although complicated it’s very easy to pick up, and before you know it you have a thriving society.

With so much going on within this game, it’s hard to mention everything without going on a long winded ramble. The basic gameplay is simple yet difficult and as such, it has a nice challenge curve, add that together with the amount of content and it becomes a thoroughly balanced game. Speaking of in-game content, at the moment there’s just enough to keep you satisfied overall, and yet it seems to leave you wanting more. More options, more things to build, more problems to overcome. Thankfully RimWolrd’s fans have this area covered, there is already a good modding community out there, and the list of extras you install is expanding. Games like Don’t Starve also utilised this modding fanbase and it’s an area of Steam that really helps the indie games thrive. For RimWorld this unlimited content will no doubt assist in making the game even more popular. 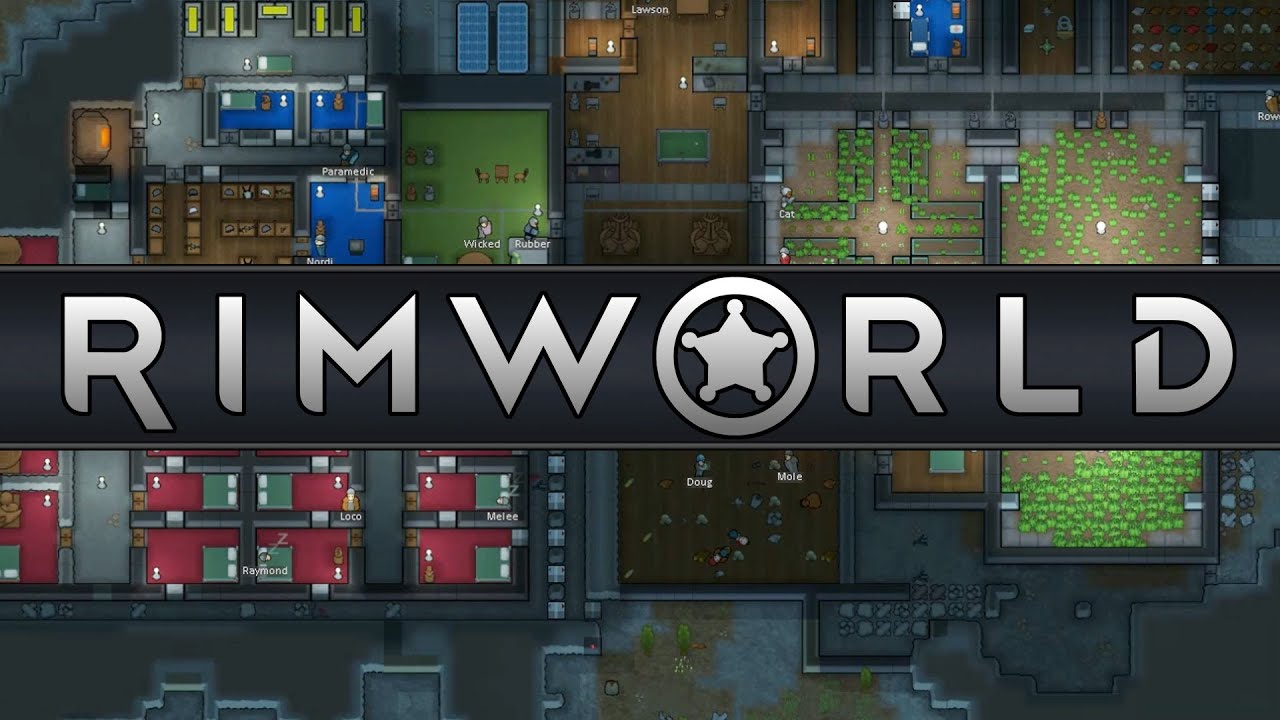 Overall the game is a must play if you like this type of game and although rather difficult, it does keep you coming back over and over again. That’s mainly thanks to the random instances created by the unique AI Storytellers. The only real issues I encountered when playing was the occasional small bug, nothing I encountered was majorly game breaking though and as with all early alpha games, it can be forgiven at this point. Especially when you consider the developers are actively fixing these issues. RimWorld has given us an excellent first impression! With the modding community behind it already and the developers still focused on improvements and bug fixes, RimWorld is a great simulator game.

RimWorld has 4 pricing options at the moment and all are available via Steam Early Access HERE.

RimWorld Name in Game Pack: This gives you the right to enter a name into the game so it shows up in all players’ games. Players will recruit, command, and fight you for all time! – £29.99

RimWorld Backstory In Game Pack: This gives you the right to enter a name and character backstory into the game, with skills, appearance, and special work requirements. – £149.99

RimWorld Pirate King Pack: This gives you the right to enter a name and character backstory into the game, with skills, appearance, and special work requirements. In addition, your character will appear as the leader of another faction! – £299.99